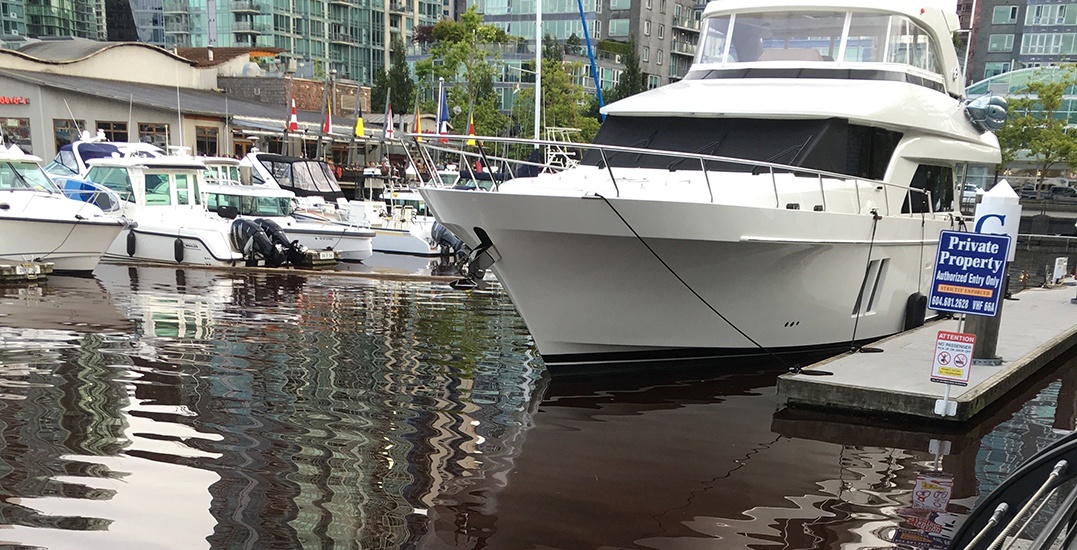 If you noticed the waters around Vancouver harbours turning red, you’re not alone.

The cause is a natural phenomenon that has to do with a massive algae bloom, sometimes called a “red tide.” 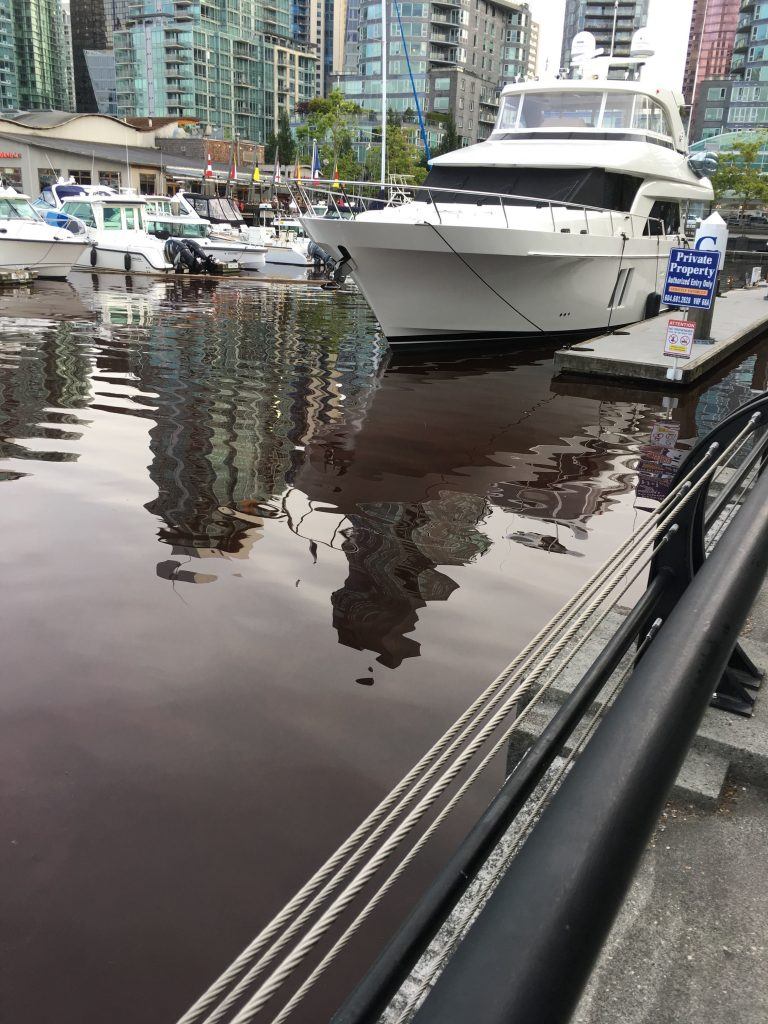 “I haven’t seen it myself, but based on pictures it’s definitely an algae bloom,” says Nina Nemcek, Scientist at the Department of Fisheries and Oceans Canada (DFO). “It’s also around the time of year that we see blooms occur.”

Nemcek explains that there are two species that are capable of causing a bright red bloom — a Heterosigma akashiwo and Noctiluca scintillans. 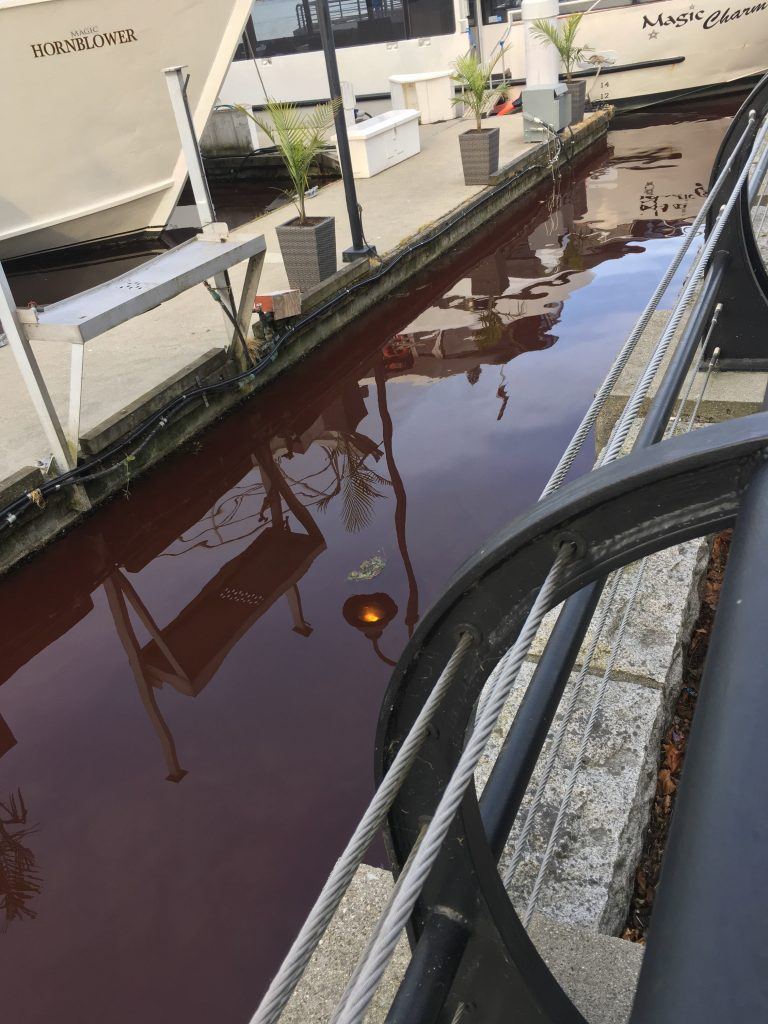 “Heterosigma blooms in the area around the summertime, we saw it last year but a little earlier, in mid-June,” she says. “It’s not harmful to humans.” 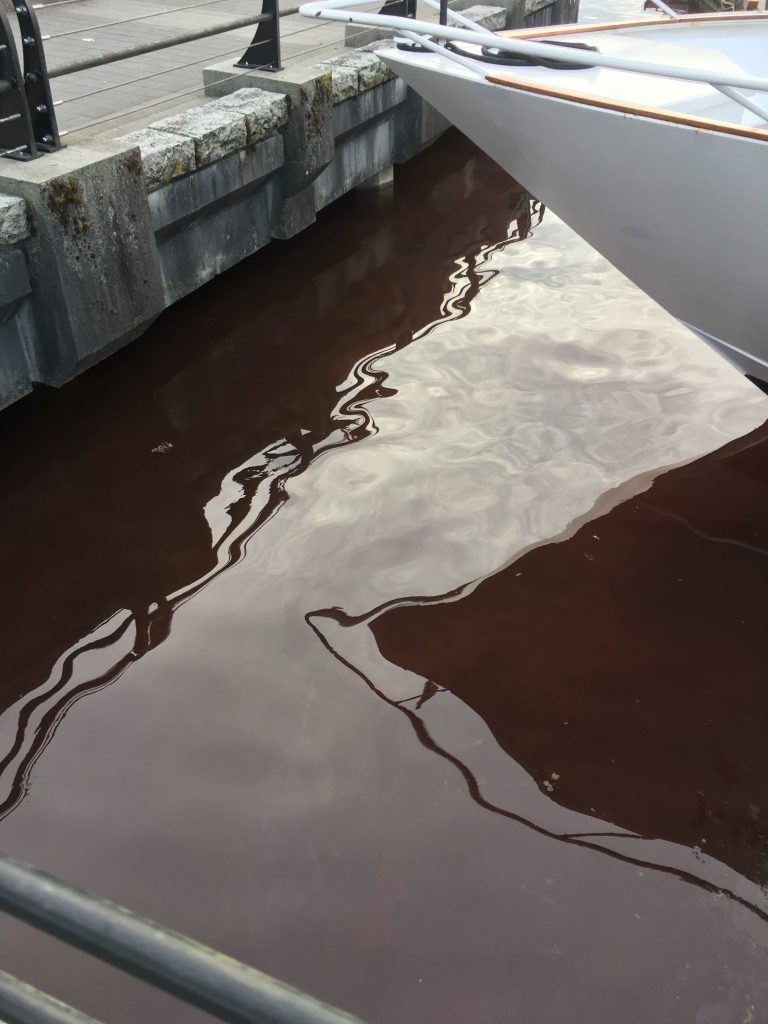 “The other possibility, Noctiluca, is also reddish but typically a fluorescent orange and it’s not harmful to humans either.”

Without a water sample, however, it’s hard for the DFO to pinpoint which exact species it is.

Nemcek also stresses that though neither species is harmful to humans and Heterosigma can cause mortality in farmed salmon, it causes no harm to marine life or animals that can avoid it.

It was really gross here in Vancouver, I gather it happens sometimes but hadn’t seen it myself before. pic.twitter.com/s5RzIdmcOZ

Looking pretty red at Kits Beach yesterday. I swam at Jericho Beach on Wed and underwater colour was reddish brown. Is it really red tide? No warnings anywhere 🤔 pic.twitter.com/B6ZDSZLEAB

“There are a lot of different species that bloom that are harmful but many of those aren’t actually visible,” she explains. “Don’t panic when you see something in the water, sometimes it’s the things that you can’t see that are of concern.”

What causes algae to bloom?

Blooms are typically seen during the summer because there’s more sunlight and stable weather, meaning that water is able to stabilize. From there, plankton are able to collect the nutrients.

Nemcek also explains that the Fraser River outflow can also be a contributing factor.

“It’s not an indicator of something wrong in the ecosystem, it’s simply a natural event that takes place when there’s an ideal amount of nutrients and light for a certain species,” she says.

“The colours are related to the different pigments in the phytoplankton themselves. Different coloured pigments harvest different wavelengths of light.”

So how long will this red tide last for? It’s hard to say, as the event doesn’t have a strict timeline.

“They’ll go for as long as the algae have ideal conditions — although the weather can have a strong effect,” says Nemcek. “Wind is one of the biggest factors because it mixes the water column.”