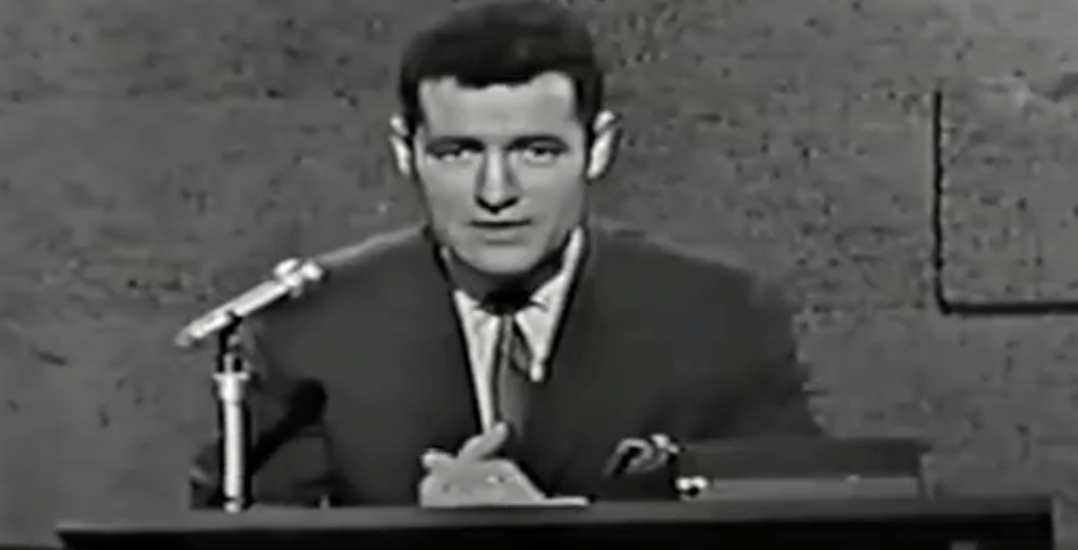 A 1963 video of beloved Jeopardy! host and Canadian Alex Trebek has surfaced, just after he announced he’s been diagnosed with stage 4 pancreatic cancer.

The black and white video, posted by Old Toronto Series, shows a much younger Trebek hosting a trivia show ‘Reach for the Top’ in Toronto between Leaside and Monarch Park High Schools.

While he may look different and almost unrecognizable in the video (aka: really young), Trebek’s voice is unmistakable and will make you think it’s just an early version of Jeopardy!

On Wednesday, the popular host announced his diagnosis on social media, saying that he will continue working for the time being.

“Now, just like 50,000 other people in the United States each year, this week I was diagnosed with stage 4 pancreatic cancer. Now, normally, the prognosis for this is not very encouraging, but I’m going to fight this, and I’m going to keep working,” he said.

“And with the love and support of my family and friends and with the help of your prayers also, I plan to beat the low survival rate statistics for this disease.”