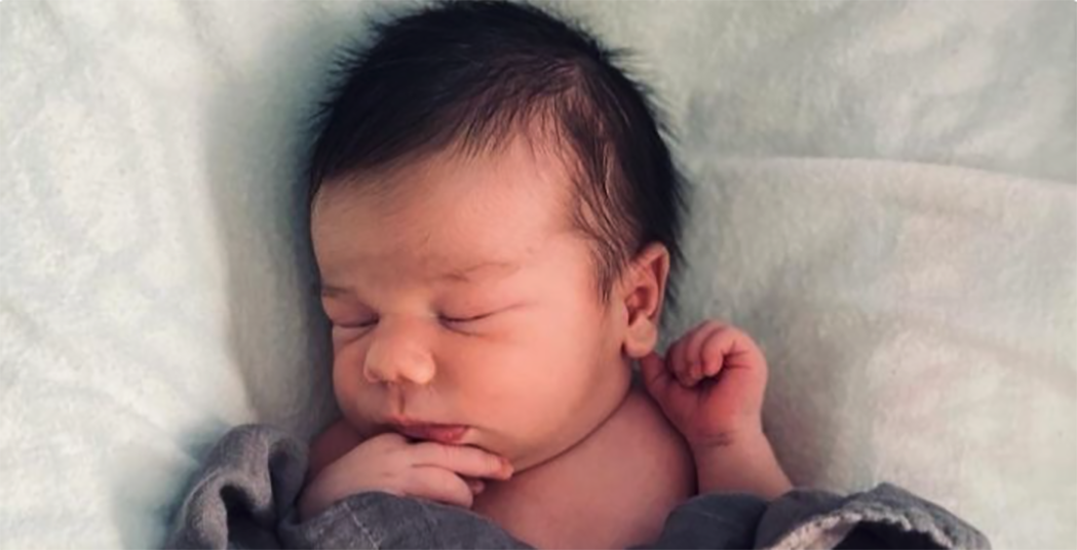 Alejo Angel was born in British Columbia on January 20, 2021 (GoFundMe).

A newborn British Columbian baby who had been diagnosed with an aggressive and rare form of cancer has died.

Alejandro (Alejo) Andres Quinn Angel “slipped away peacefully” in his parent’s arms on February 25, according to an update on a GoFundMe page for his treatment.

“He was not in pain, he was peaceful when he took his last breath,” the update from an anonymous organizer reads.

“As you can imagine, we are still, and will be for some time, processing this loss.”

The update goes on to say that Alejo’s parents were notified on February 26 that he had been accepted into the infant treatment trial at the Dana-Farber Cancer Institute in Boston.

“Although a beacon of hope, we acknowledge this would have been a very difficult journey and are comforted that Alejo’s time with us was not in discomfort,” the organizer writes.

Alejo was born on January 20 to Erin and Frederico Angel. Within a week of his birth, his parents noticed a small lump on his leg.

Tests at BC’s Children’s Hospital showed that he had a rare and aggressive form of cancer.

At just a few weeks old, Alejo was too small to receive standard cancer treatments, and a GoFundMe page was set up to help fund clinical trials and potential treatment options.

A portion of the $290,158 the page raised will be used to put Alejo to rest and for counselling for his parents.

The page notes that the remainder will be donated to infant cancer treatment programs and research, so that “other little fighters facing similar challenges get the chance to grow up.”