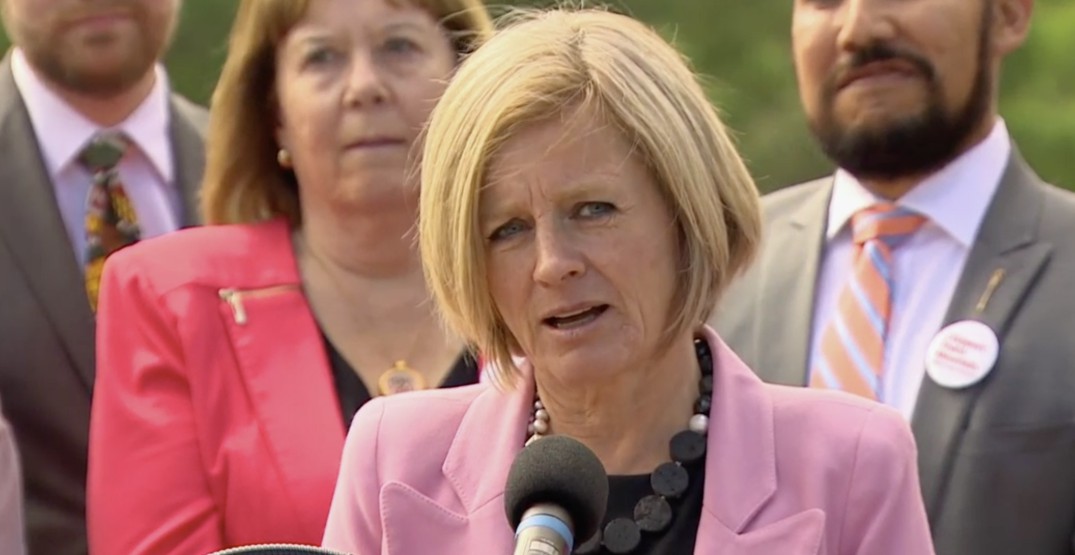 Alberta Premier Rachel Notley was met with cheers and applause at a morning press conference, following the news that the federal government would buy the Trans Mountain Pipeline from Kinder Morgan.

“Today we take a major step forward for Albertans and all Canadians,” said Notley.

“This deal and this pipeline will unlock investment in our oil sands because we are now on the path to getting full value for our energy resources.

The deal announced today puts people to work building the pipeline right away and it will help us build up the things that matter to working families, such as our schools and our hospitals.

As part of the agreement, the Government of Canada has agreed to fund the resumption of pipeline’s planning and construction work by guaranteeing Kinder Morgan’s expenditures under a separate Federal Government recourse credit facility until the transaction closes.

In her address, Notley gave a nod to the pressure tactics implemented by the Alberta Government to make sure the pipeline was built.

“The wine ban worked and we introduced Bill 12 and we continued to fight and win in court,” said the Premier.

Notley also added that Alberta is providing support to the project in the form of a backstop that would be called upon in unforeseen circumstances.

“Alberta’s contribution would range from zero to a maximum of $2 billion and would be payable only upon completion of the project. If Alberta’s backstop is called upon, Alberta will receive equity in the completed project,” said the Government of Alberta, in a release.

The Trans Mountain Expansion Project involves building a new pipeline along the existing Trans Mountain Pipeline running from Edmonton, Alberta to Burnaby, British Columbia, and expanding the capacity of the terminal in Burnaby.

This expansion will increase daily capacity from 300,000 to 890,000 barrels, while improving market access to the US Pacific Coast and Northeast Asia, according to the government, who also state that they don’t intend to be the long-term owner of the project.

With files from Yasmin Aboelsau