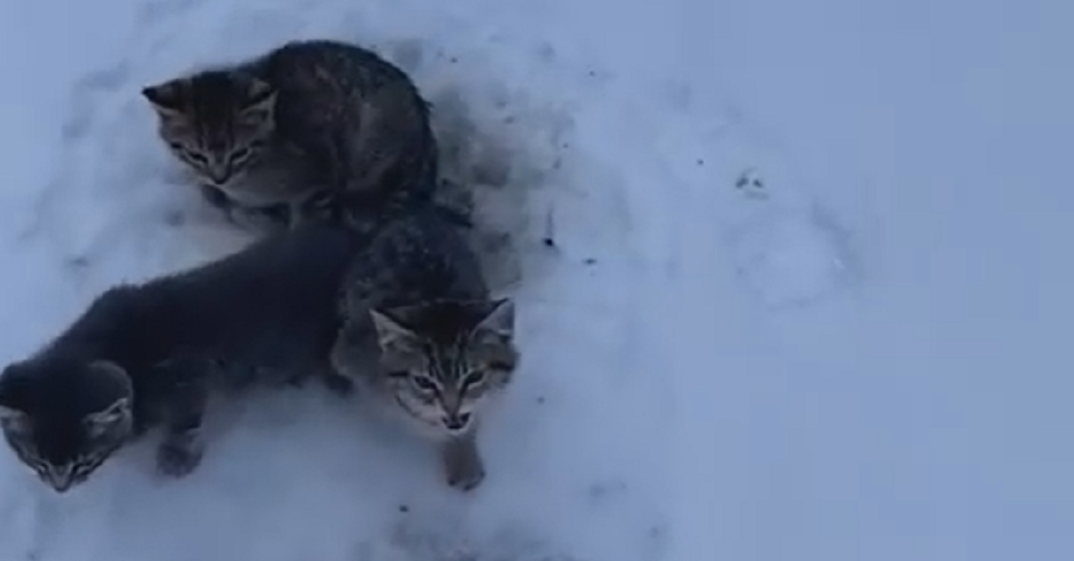 Three kittens were saved thanks to the quick thinking of a man in Alberta.

Drayton Valley’s Kendall Diwisch found the three kittens on a back road near one of his wells, according to a post to his Facebook page.

He believes that the animals had likely been dropped off and left there all night, because when he found them some of their tails had been frozen to the ice.

Diwisch included a video of the rescue, in which he tries to pull them free, though they meowed in pain when he did.

Luckily for Diwisch — and especially for the frozen kittens — he had some coffee left in a travel mug, which, when poured on the tails, was warm enough to thaw them out.

Diwisch’s post states that he then took them home and fed them until they were looking “healthy and friendly.”

The three kittens were later adopted into the same home so that they could all stick together, and Diwisch noted in an update to his post that “all three are eating and drinking and very energetic.”

“Thanks for everyone’s consideration and offering to take them.”

Cause for Critters, an animal shelter in Drayton Valley, even uploaded some photos of the kittens looking much warmer than they had in the original video.

“Thank you to Kendall for rescuing them and to the Trider family for taking them in,” the post reads.

“We are so happy that their story will have an amazing end.”