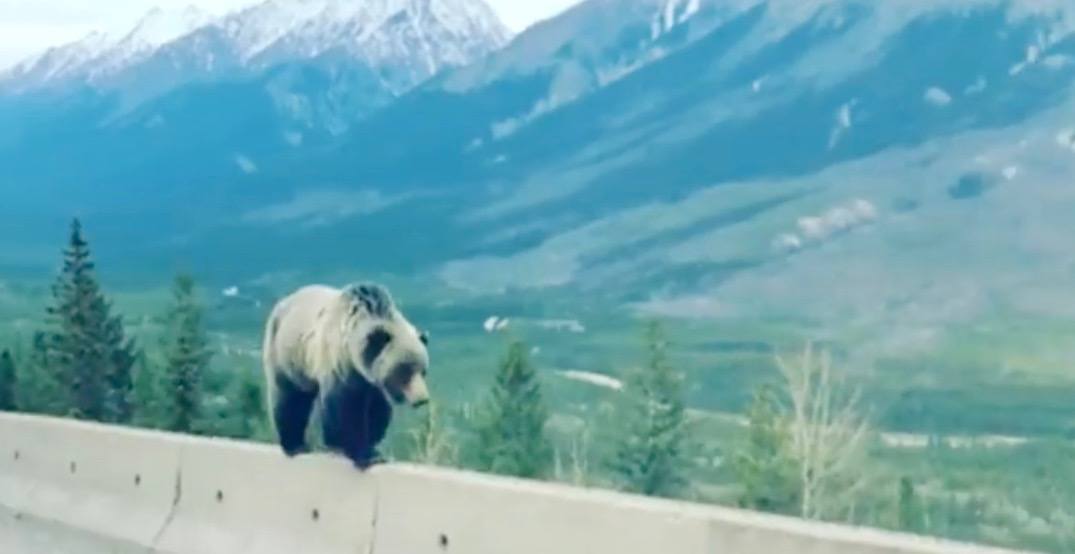 The saying, “That’s something you don’t see every day,” is often overused.

But when it comes to the footage captured by Christina Read in Alberta earlier this week, it’s a truly fitting expression.

While driving along Highway 93 in Southern Alberta, Read came across a grizzly bear taking a casual stroll down the highway guard rail.

That may not sound like much at first, but to the bear’s credit, it’s a true balancing act.

Just take a look for yourself:

Another social media user, who spent some time working with bears in the area, explains that the young grizzly bear is familiar to him and his former coworkers and has been walking the concrete barrier since it was a cub.

He also thanked Read and her passenger for remaining in her car and simply driving by, as it’s safer for both humans and the bears.

Since being uploaded online, the 11-second clip has been viewed more than 5,000 times.

And as for the grizzly, well, it really seems to have its bearing on things.