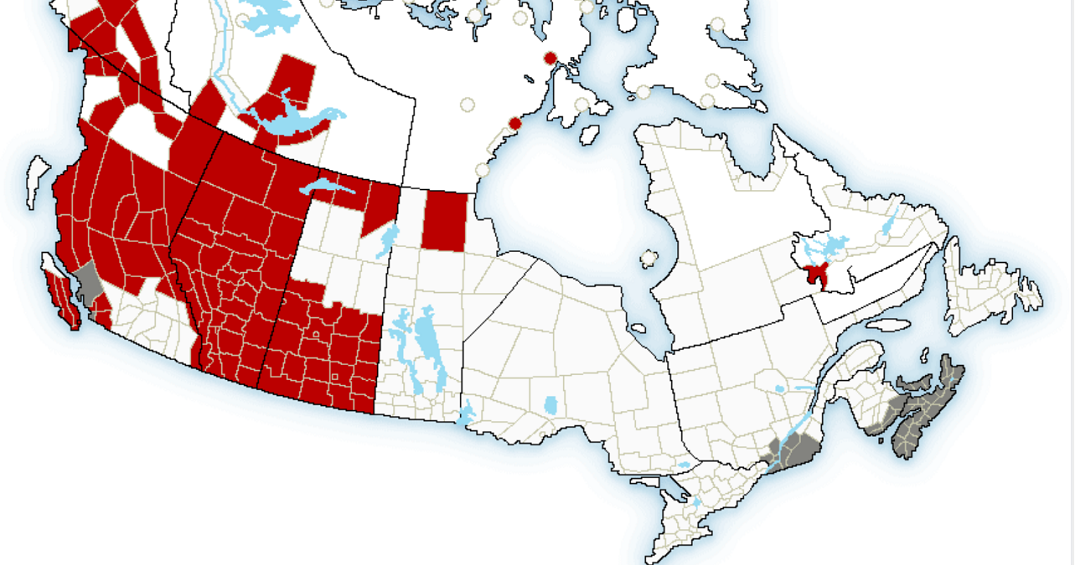 On Tuesday, January 14, the entirety of the Alberta fell under an Extreme Cold Warning from Environment Canada, causing the province’s portion of the Canada-wide map to be coloured completely red.

Alberta’s neighbouring provinces of Saskatchewan and even BC are also facing a number of Extreme Cold Warnings themselves — with a few Snowfall and Arctic Outflow Warnings mixed in for our neighbours to the west — but no other province in Canada is quite as all-encompassingly cold as Alberta.

Now, we’d usually write out all the regions that have fallen under the Environment Canada warnings, alerts, or special weather statements, but seeing as that would be every, single region in the entire province, we’ll instead show you this map: 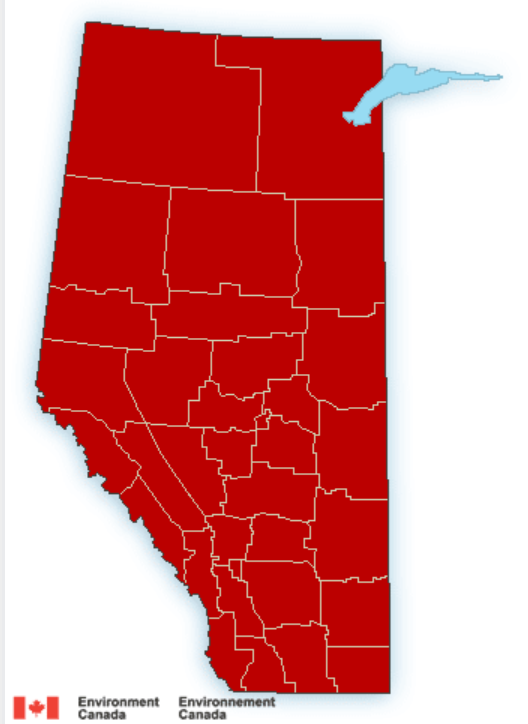 If your region happens to be somewhere in there then you are, in fact, currently under an Extreme Cold Warning.

According to the warning, Albertans are facing wind chill values as low as -45°C to -50°C.

These frighteningly frigid temperatures will stick around all week, “and even into Sunday for some regions,” the warning states.

It is recommended to keep an eye out for symptoms that could be caused by the severe cold, including shortness of breath, chest pain, muscle pain and weakness, numbness, and colour change in fingers and toes.

Stay safe out there, Alberta, and keep thinking warm thoughts.