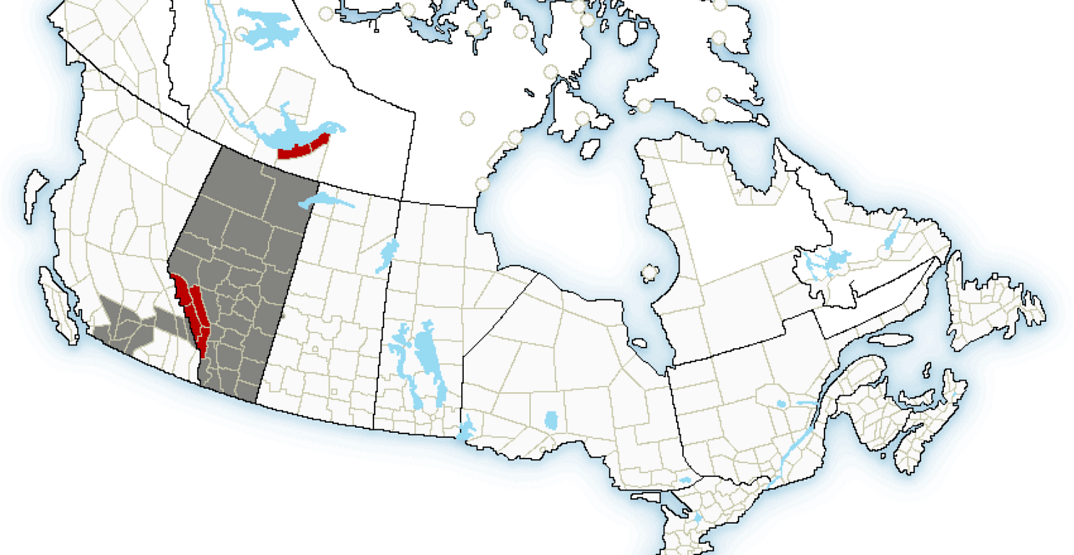 While the past few days of warmth and sunshine might have lulled the people of the province into a false sense of security, the cold reality of the matter is that it’s Alberta, and it’s October.

The below-freezing weather residents caught a brief glimpse of last weekend will be back with a vengeance this Monday and Tuesday, sweeping into the province so suddenly that Environment Canada has had to issue alerts for every single region in Alberta.

Most, including Calgary, have fallen under a special weather statement warning of “an intense cold front [that] will sweep through the province today and tonight.”

Temperatures are expected to drop significantly, with daytime highs on Tuesday being near or below freezing.

The sudden shift in temperature will also bring some snow with it, as Environment Canada warns that “the Rocky Mountains and foothills regions could see significant snowfall accumulations Monday night and Tuesday,” according to the statement.

Calgary will also be seeing some snowfall over the next 36 hours, though not nearly as much as in the Rockies.

Anyone driving in the area is warned to keep an eye out for deteriorating road conditions as snow accumulates.