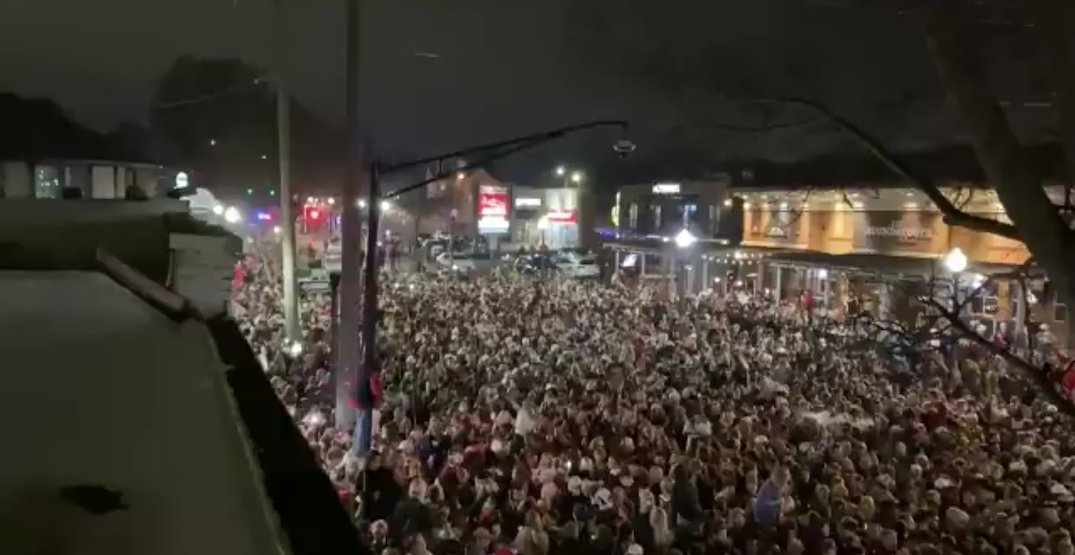 A huge number of college football fans flooded the streets of Tuscaloosa, Alabama after their championship win on Monday, defying social distancing recommendations.

Many of the fans who packed the streets in Tuscaloosa appeared to not be wearing masks.

Many people got upset and took to Twitter to vent about how Crimson Tide fans handled themselves, and worried this could result in a super-spreader event.

The crowd is pretty close together during a pandemic. It's not going to be good for Alabama's healthcare system in about two weeks!

I am so hopeful about America in so many ways, but when I see images like this I despair.

According to the New York Times, Alabama has over 400,000 cases of COVID-19 to date, which has resulted in over 5,000 deaths. Over the past week, there has been an average of 4,272 cases per day, which is an increase of 30% from the average two weeks earlier.