One of the world’s largest birds in the skies landed at Vancouver International Airport (YVR) on Sunday evening for its first regular non-stop trip between London and Vancouver.

Hundreds of plane spotters gathered outside the airport at 6:30 p.m. to watch British Airways’ Airbus A380 touch down on the runway for its inaugural service between the cities. The aircraft’s immense size and weight required the use of almost the entire South Runway to slow down and touch down.

It is just one of 12 A380 planes owned by British Airways and the allocation of the aircraft to Vancouver means YVR is the first and only airport to be serviced by the superjumbo jet in Western Canada.

“Choosing Vancouver as their first Canadian destination to be served by an A380 is a testament to British Airways’ support of YVR as a world class hub airport,” said Craig Richmond, President and CEO of Vancouver Airport Authority, in a statement. “This new aircraft will stimulate the market and increase tourism opportunities in British Columbia.”

The aircraft measures 73 metres in length and has a wingspan of 80 metres. With two passenger decks extending along the whole length of the fuselage, its useable floor area is 40% larger than the Boeing 747, the next largest passenger aircraft, and allows it to accommodate up to 800 passengers.

However, this British Airways aircraft has been configured to accommodate 469 passengers across four cabins, including 14 luxurious suites, business class, premium economy, and economy.

“I’m delighted that British Airways is bringing the A380 to Vancouver,” said Robert Antoniuk, Biritsh Airways’ Vice-President of Customer Service in North America West, in a statement. “We have been flying to Vancouver and British Columbia for over 30 years now and bringing our largest aircraft to the route is a testament to our success in this market.”

The aircraft replaces the existing Boeing 747-400 that services the route. Flights will leave YVR at 8:45 p.m. and arrive the next day at 2 p.m. while flights departing Heathrow Airport leave at 5:15 p.m. and arrive at YVR at 6:40 p.m.

Later this week, Vancouver’s connection to the British capital will also be enhanced by the launch of WestJet’s direct service to Gatwick Airport. The service will fly six times weekly and utilize a Boeing 767-300ER aircraft with a capacity of 262 passengers. 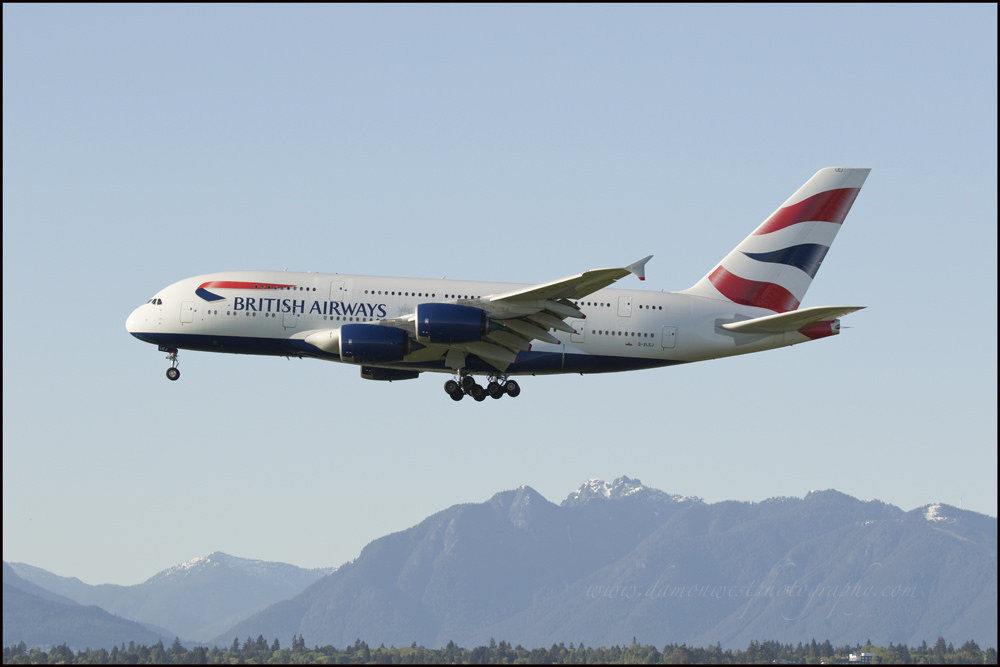 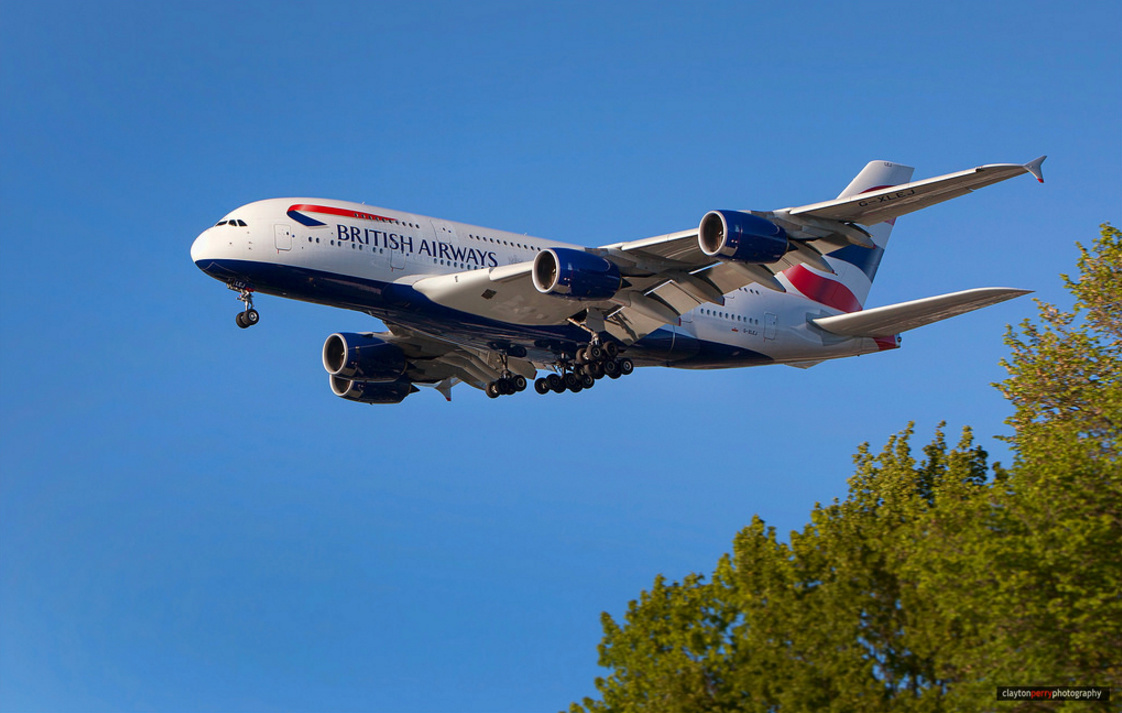 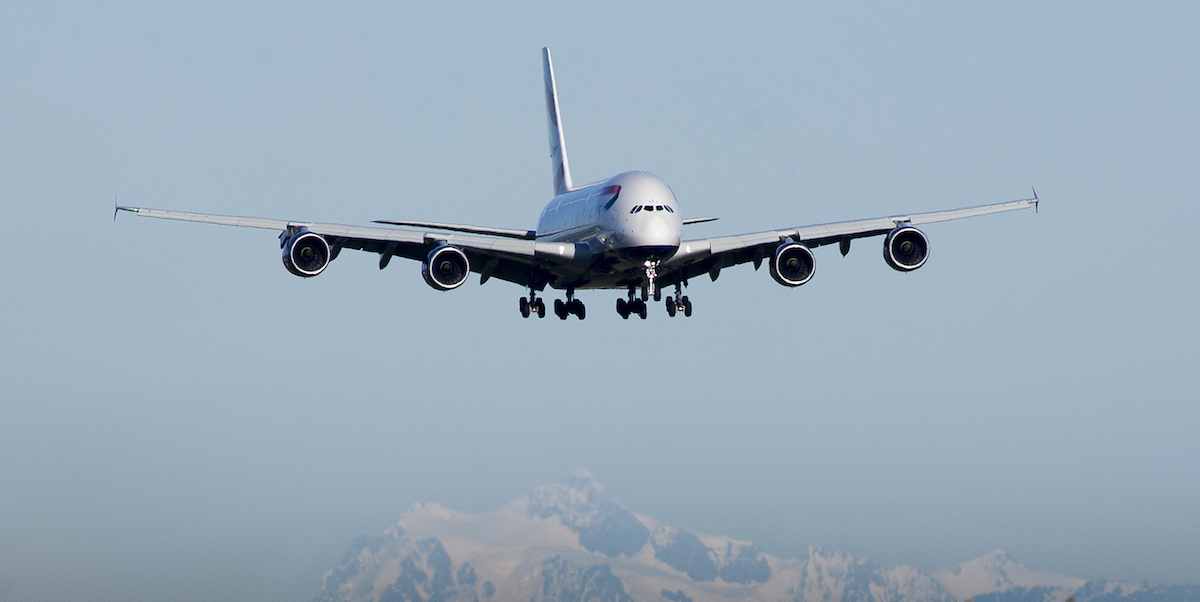 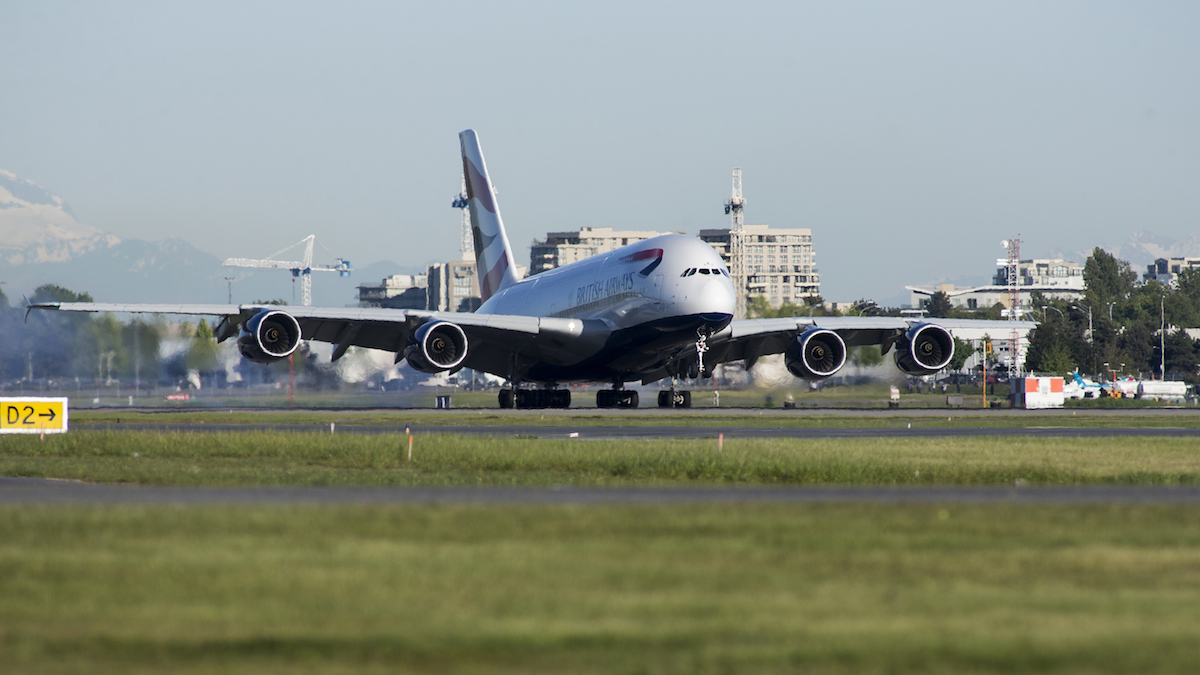 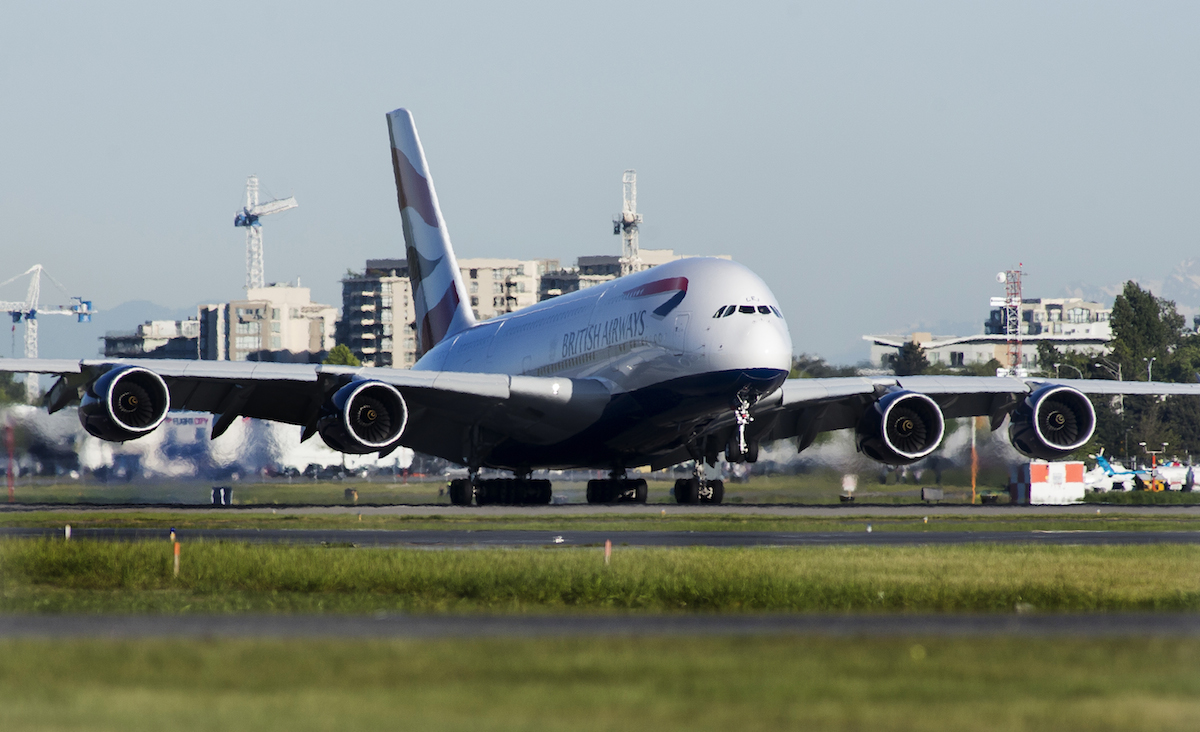 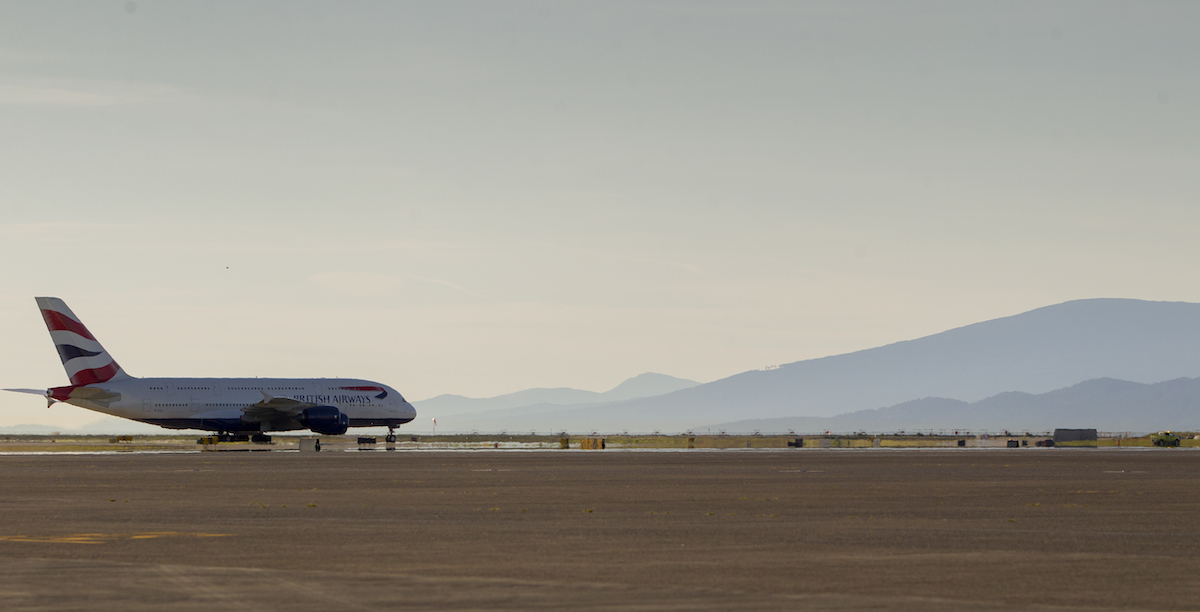 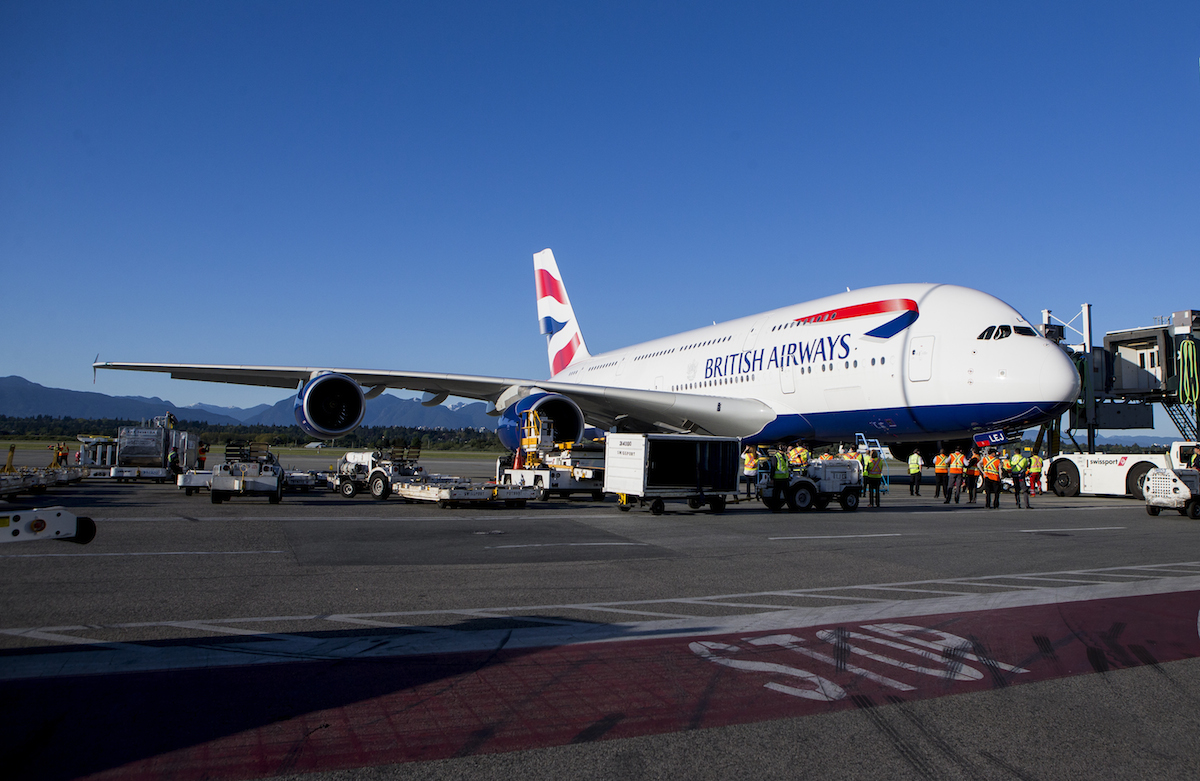 This thing is a behemoth. British Airways Airbus A380 at YVR this evening. #britishairways #airbus #a380 #oneworld #yvrairport #yvr #vancouver #vancity A photo posted by Planelovers15 (@planelovers15) on May 1, 2016 at 7:49pm PDT

SPOTTING HIGHLIGHT Airline: @british_airways Aircraft: Airbus A380-800 Flight No: BAW85 From: London Heathrow (EGLL) To: Vancouver (CYVR) Reg. Code: G-XLEJ Remarks: Incredible time hanging out with all the spotters today! The French made beluga whale in the crumpet livery is in town slowing down after landing on 26L. British Airways will now use the A380 as their aircraft on the LHR-YVR route ✈✈✈ #planepictures #planepic #planeporn #flight #avgeek #avporn #aviation #aviationporn #airbuslovers #yvr #yvrspotters #yvrairport #yvraviation#instagramaviation #britishairways #airbus #airbusa380 A photo posted by Blake Puzon | Aviaton Photos (@valkyrie.aviation) on May 1, 2016 at 11:09pm PDT