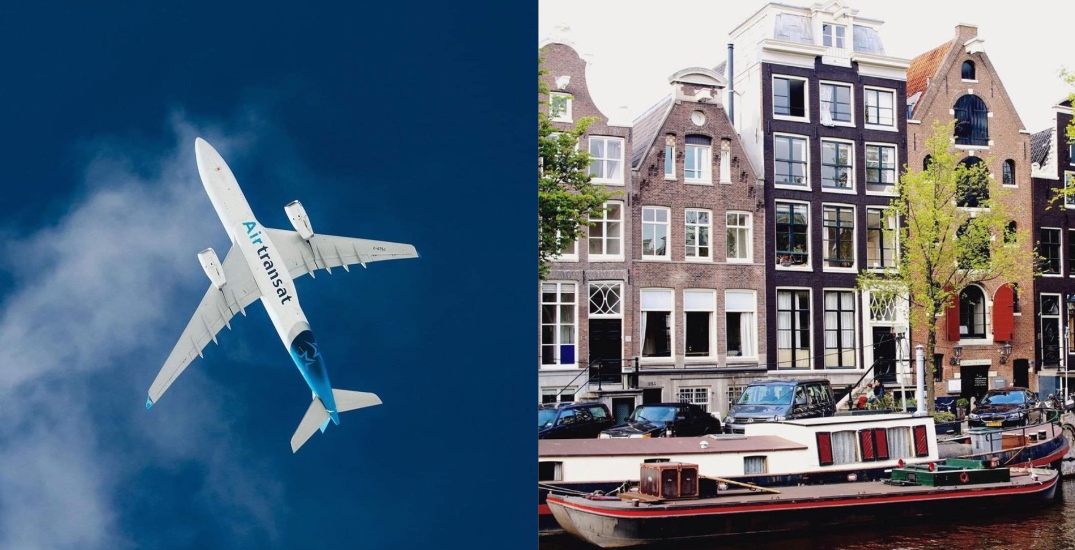 If you’ve been dreaming of a summer vacation, here’s something to consider: Air Transat will gradually be restarting and adding a number of flight routes this April.

You’ll soon be able to fly from Canadian cities to 25 European destinations, including the six Air Transat currently serves.

The airline will also operate over 250 direct flights every week on 69 direct routes.

“The numbers tell us clearly that with the gradual lifting of travel restrictions worldwide, people are more ready than ever to plan their next trip, whether to Europe, the US, Canada or to South destinations,” said Joseph Adamo, Chief Sales and Marketing Officer, Transat, in a news release on Monday.

Many of the flights depart from Toronto and Montreal; however, there are lots of additional domestic routes to get people from western Canada to these connector cities.

The airline says that interest in domestic flights isn’t fading either, and all indications show that travel within Canada will still be popular this summer. As such, Air Transat will offer an enhanced flight program between Montreal, Toronto, Quebec City, Calgary, and Vancouver.

The airline will serve 15 European cities from Toronto this summer. Air Transat will begin offering service to Amsterdam, Athens, Barcelona, Dublin, Lamezia, Paris, Rome, Venice, and Zagreb, in addition to flights currently operating from YYZ to Glasgow, Lisbon, London, Manchester, and Porto. Plus, due to the popularity of southern Portugal, Air Transat will now fly from Toronto to Faro year-round.

Additionally, the airline offers non-stop flights from Montreal to Malaga and Lisbon, along with a daily service to Paris that will increase to up to 14 flights per week during the summer.

As for US destinations, Canadians can fly to Orlando and Fort Lauderdale using Air Transat. The airline will also soon be adding California to the list, with flights to Los Angeles and San Francisco available via Montreal.

And, because destinations in the south are popular throughout the year, travellers can fly from Canada to Cancun, Cayo Coco, Holguin, Puerto Plata, Punta Cana, Santa Clara, and Varadero.

“The outlook for the summer season is favourable, and our abundant air offering, which includes the vast majority of our pre-pandemic destinations as well as exciting new routes, is enabling us to respond to the significant pent-up demand,” said Adamo. “This surge in demand has also allowed us to increase capacity on certain key routes between now and the end of the winter season.”

Depending on which destination you choose, get your walking shoes and camera or flip-flops and beach towel ready.

With files from Irish Mae Silvestre