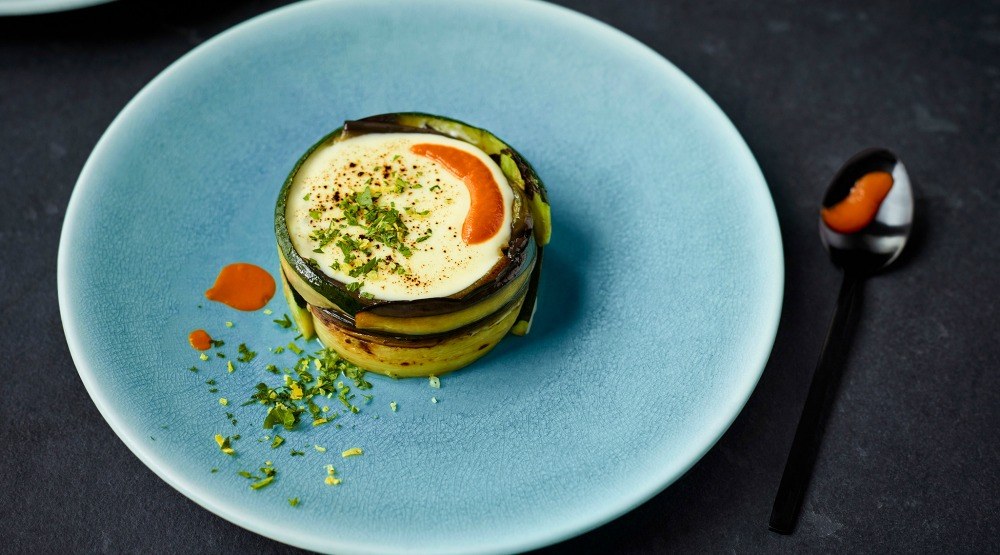 Air Transat has taken in-flight dining to the next level by introducing an upscale menu.

The airline is celebrating its 30th anniversary and recently teamed up with Quebec chef Daniel Vézina who created the exclusive new ‘Chef’s Menu. ‘ The seasonally-inspired menu will allow for the ultimate elevated dining experience, which Vézina will personally customize each season.

A chef well-known for his contemporary style of cuisine and emphasis on key ingredients, Vézina has been part of Quebec’s culinary scene for more than 35 years. He’s the owner of the Laurie Raphaël restaurants in Quebec City and Montreal. Oh, and he opened a health-food counter called La Serre last May, too.

Next time you’re flying with the airline, you can pre-order a meal from Vézina’s Chef Menu before you depart. What’s also cool is that you don’t need to be in business class to order the tasty fare as menu items are available for both Club Class and economy passengers on transatlantic flights.

We’ve compiled a list of six items on the Chef’s Menu that you can pre-order before your next domestic flight with Air Transat. 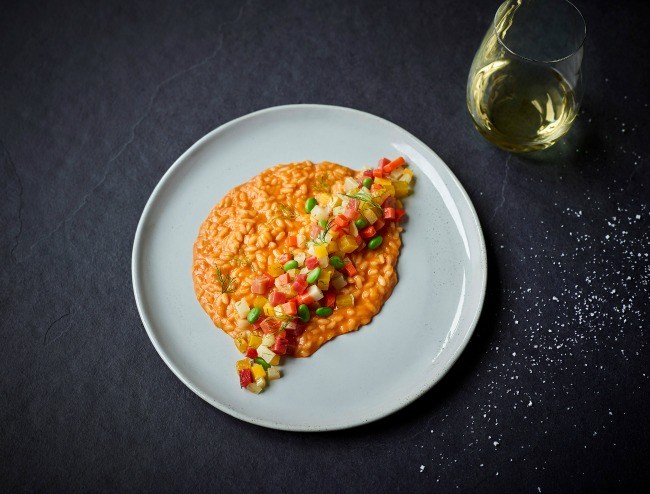 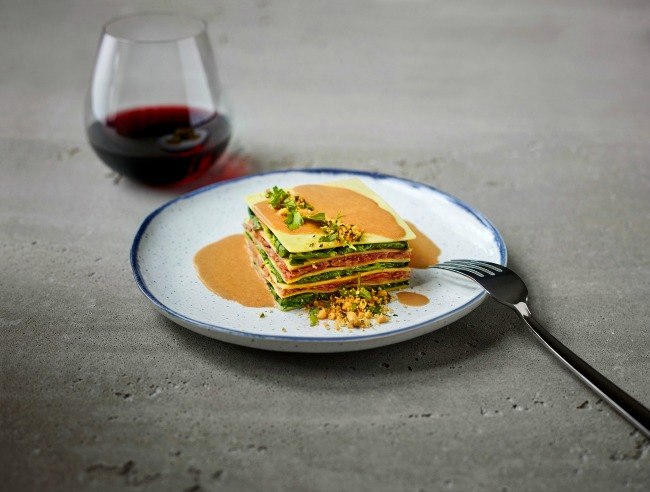 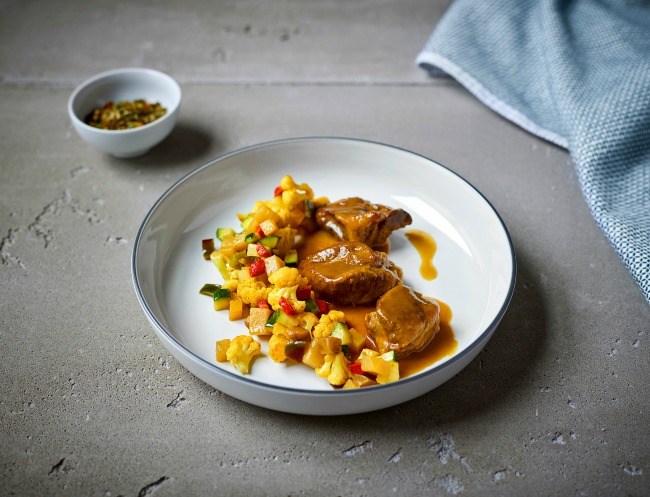 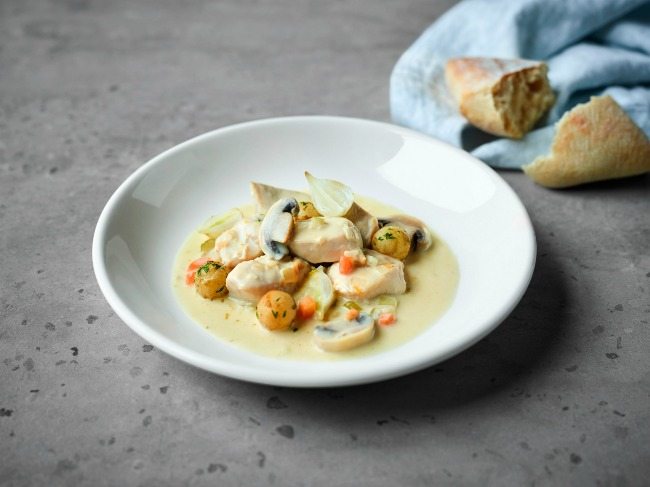 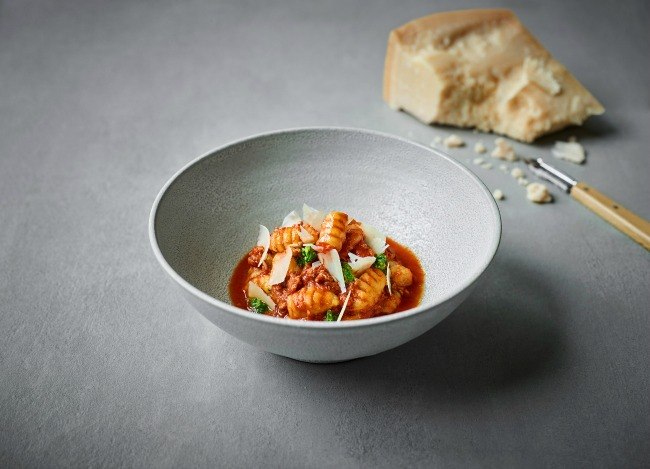 The sixth dish is the Vegetarian Moussaka, with grilled vegetables, creamed goat cheese, tomato and red pepper coulis – it’s the featured photo at the beginning of the article.

To try one of  these luxury dishes for just the next time you fly with Air Transat, simply pre-order online at Air Transat or call the booking centre at 1-877-872-6728. And then look forward to feasting during your flight.

In recent years, Air Transat has earned multiple distinctions for its efforts to reduce its environmental footprint. Since 2011, it has consistently been ranked number one in North America for energy efficiency, and in the Top 20 worldwide, by the Atmosfair Airline Index. The airline carries more than three million passengers to roughly 60 destinations in 26 countries – every year.

In 2016, the carrier was named Best North American Leisure Airline for the fifth consecutive year by Skytrax, and it’s no surprise when you consider the premium travel service they offer from comfort to food.