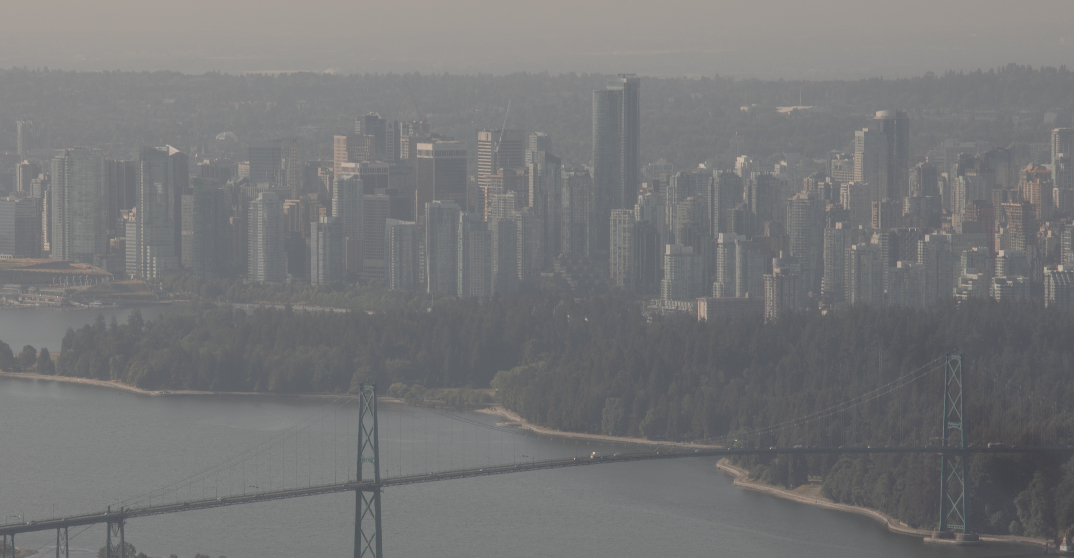 The Air Quality Advisory in place in Metro Vancouver and the Fraser Valley Regional District is being continued.

Metro Vancouver extended the advisory on Saturday afternoon, ahead of high concentrations of fine particulate matter that are expected to persist throughout the day.

Hot and smoky conditions may also lead to high concentrations of ground-level ozone in eastern Metro Vancouver and Fraser Valley, the advisory noted.

According to Metro Vancouver, the highest levels of ground-level ozone are expected between the mid-afternoon and early evening.

“Smoke from wildfires burning in BC, Washington, Oregon, and California has contributed to elevated concentrations of fine particulate matter and hazy skies,” Metro Vancouver said.

“While some areas have seen improvements in air quality today, smoke concentrations may vary widely across the region as winds and temperatures change, and as wildfire behaviour changes.”

Those with chronic underlying medical conditions or acute infections, such as COVID-19, are advised to postpone or reduce outdoor physical activity until the advisory is lifted.

Anyone experiencing symptoms such as chest discomfort, shortness of breath, coughing, or wheezing should seek medical attention.

Heat warnings issued for the regions early on Saturday morning warn that sweltering temperatures are expected to last until Sunday morning.

Some parts of Metro Vancouver will see daytime highs reach 29°C on Saturday, while other areas, as well as Fraser Valley, can expect temperatures to soar to 32°C.

“A strong ridge of high pressure has resulted in high temperatures, and little relief is expected at night with elevated overnight temperatures,” Environment Canada said.

“These hotter than normal temperatures will increase the potential for heat-related illnesses. A front will usher in cooler temperatures on Sunday.”