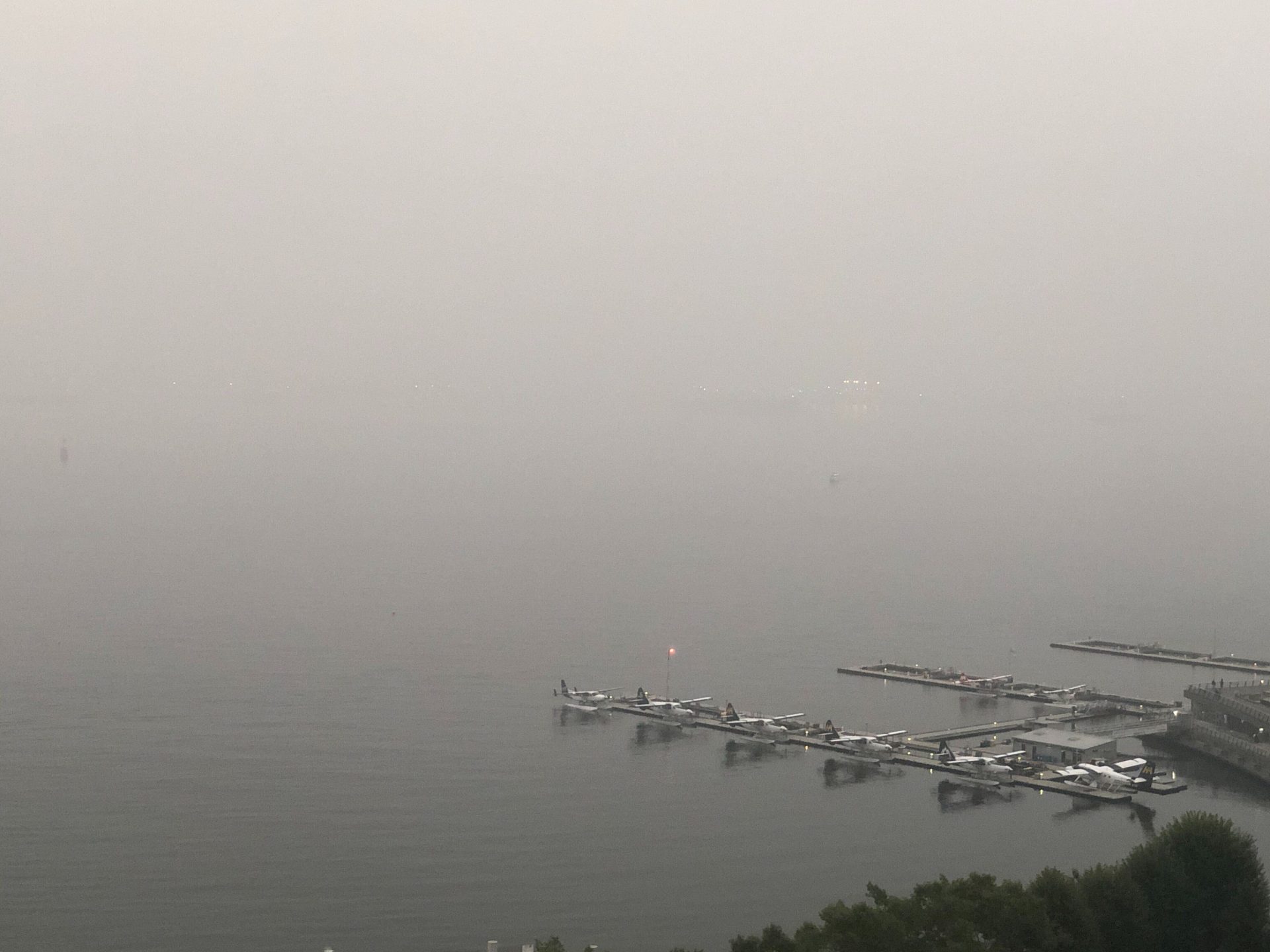 An air quality advisory issued for Metro Vancouver is now going on its sixth straight day.

The weather agency says that “wildfire smoke from fires in Washington and Oregon has moved northward into the region and is forecast to impact air quality through the weekend as a large mass of smoke moves through.”

The advisory has been in effect since September 8 for Metro Vancouver and the Fraser Valley Regional District.

The dense smoke is forecast to begin clearing late Sunday evening and into Monday.

On Saturday, Vancouver temporarily had the worst air quality in the world, when compared to major cities.