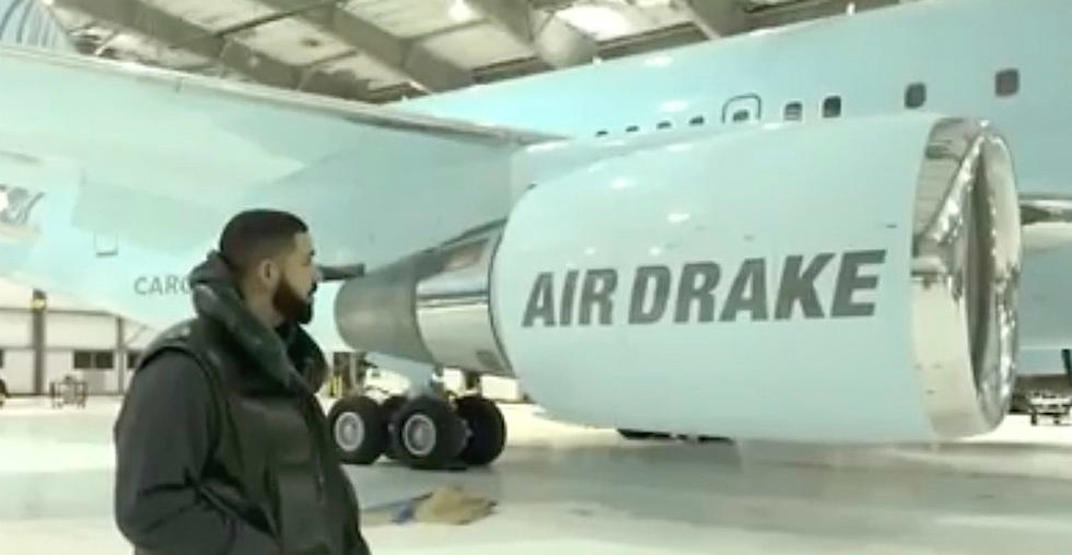 From airwaves to literal airspace, Canadian rapper and Degrassi alum, Drake is offering yet another reminder that he is living his best life with his latest toy.

In a video posted to his Instagram, the self-proclaimed “6-god” gives a tour of his brand new private airplane “Drake Air.”

The massive Boeing 767 has two bedrooms, a number of couches, and of course — a flat-screen TV. The rapper’s iconic praying hands logo has been blown up and painted on the tail of the plane.

“No rental, no timeshare, no co-owners,” says Drake in the video posted Friday morning, that has since been viewed nearly 4 million times.

A number of celebs have left comments on the video, including Machine Gun Kelly, Slim Thug, Tiesto, and more.

“I remember you tell me this two years ago,” DJ Khaled wrote. “Wow congrats my brother.”

“Nah, this is motivation…” Rich the Kid said

I guess that when you purchase an entire plane — nothing really is the same.