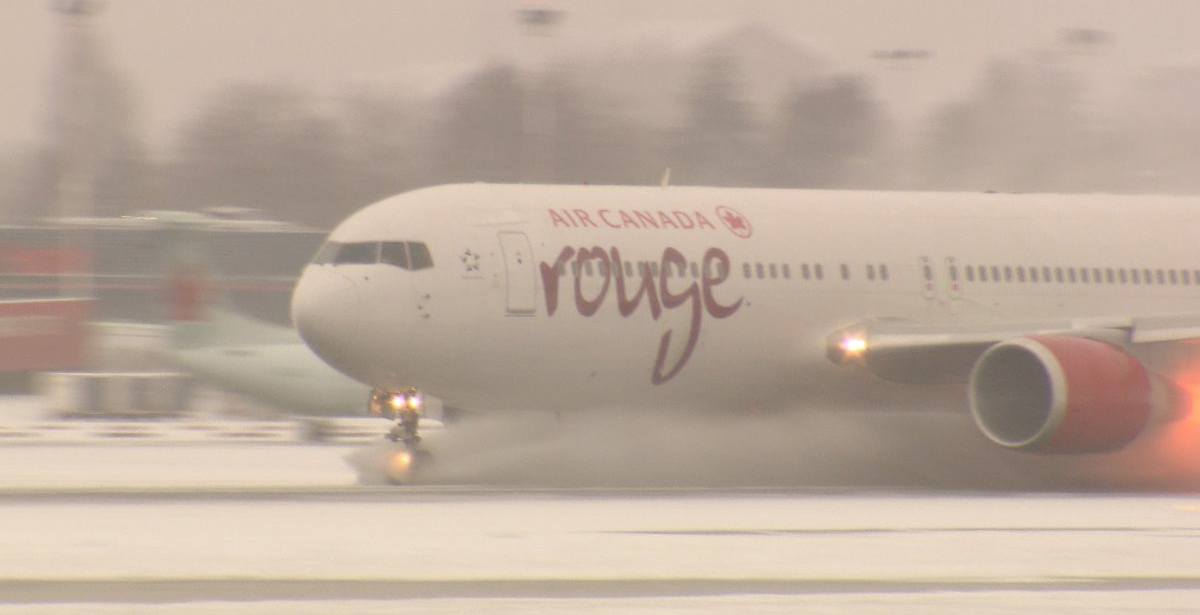 It seems the snow wasn’t the only problem at YVR on Tuesday morning.

Air Canada Rouge flight AC1722 to Ixtapa in Mexico had to abort takeoff in Vancouver, prompting some to think an engine had blown.

However, Angela Mah, Air Canada spokesperson, told Daily Hive the flight encountered “a noise from a suspected blown tire” during the takeoff roll.

“The aircraft taxi-ed back to the gate on its own, and has been taken out of service for our maintenance technical teams to fully evaluate,” said Mah.

“The flight will resume tomorrow with another aircraft.”

Another plane was stuck on tarmac

Amid many delays and cancellations due to the snowstorm, there were also reports of one plane being held on the runway for five hours.

Everyone standing up. Nobody telling anyone what to do. Are we deplaning? Passengers confused. Crew standing around staring. Nobody is in charge. @AirCanada #ac1840 @theprovince @VancouverSun https://t.co/DAyr5p1Mup

They have no clue @AirCanada . No food. No drink. For 5.5 hours. So people are understandably testy. But you haven’t given your people the tools or training to handle this properly. https://t.co/KhK7HKPhbt

Mah told Daily Hive that flight AC1840 had returned to the gate due to “the length of time the de-icing process has taken.”

This was, according to Mah, “compounded with the difficult ramp conditions at YVR from today’s snowstorm.”

Mah said the flight is now rescheduled for Wednesday, “for operational reasons.”