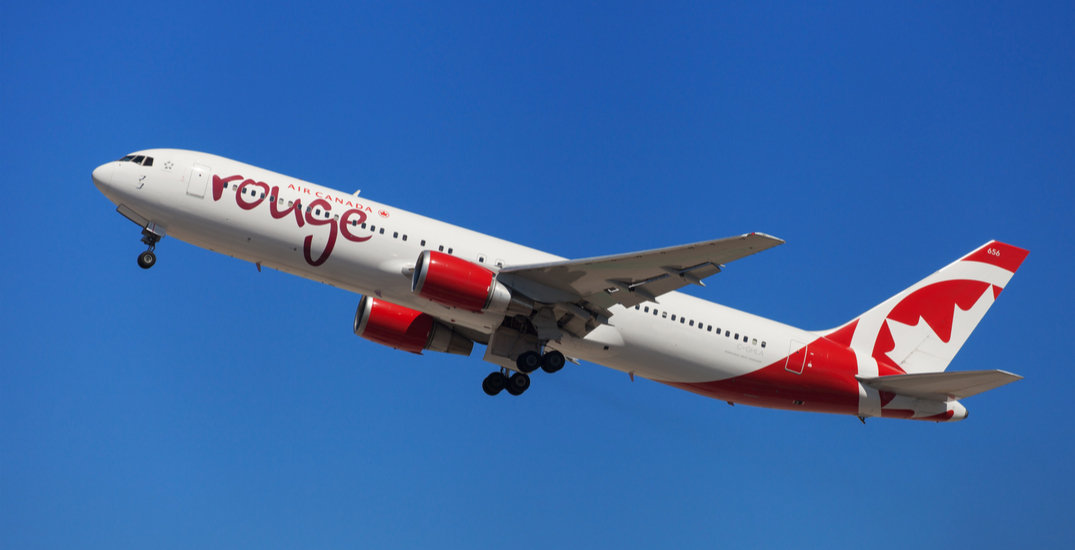 Air Canada has announced that it will pause all operations of its Rouge aircraft and is laying off more staff.

The airline said the suspension will go into effect on February 8, at which point approximately 80 employees will be laid off.

A media relations spokesperson for Air Canada told Daily Hive that the decision to pause Rouge operations was made due to the Canadian government’s latest travel restrictions.

At the request of the federal government, Air Canada has cancelled all flights to Mexico and the Caribbean until April 30. Flights to the sun destinations were primarily operated by Rouge, the spokesperson said.

Prime Minister Justin Trudeau announced a number of other new travel restrictions on January 29, including that international travellers must take a COVID-19 test upon arrival in Canada.

While they await the results of the test, passengers must quarantine at a designated hotel at their own expense.

Earlier this year, Air Canada announced that it would be laying off approximately 1,700 employees and reducing flight capacity as bookings dropped due to travel restrictions.