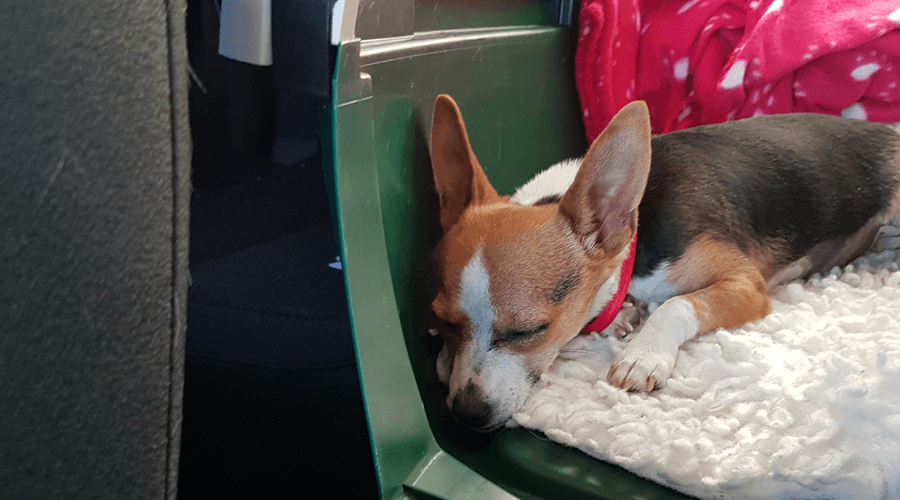 All images courtesy Thank Dog I Am Out

Have you ever met a dog whose whole body wiggles when they’re happy? Let me introduce you to Mimi.

Mimi is a tri-coloured Chihuahua that is super wee in size – just 4.6 pounds – but she loves with every ounce of her small body. And look at those ears!

She’s a newcomer to Vancouver.  The pint-sized pup was plucked from a high-kill shelter in California, and was transported to BC on June 4 by Thank Dog I Am Out, a local rescue group dedicated to saving animals at risk of euthanasia. 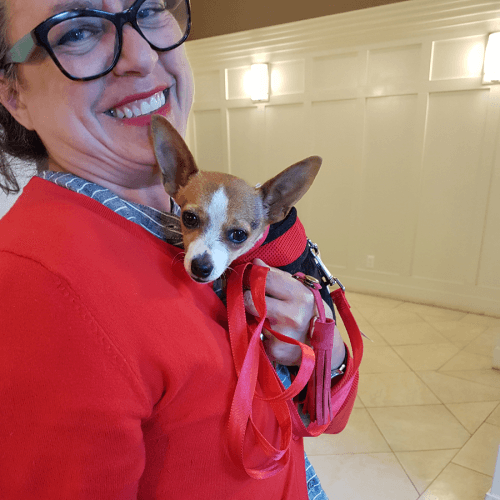 She’s one of the lucky ones. California in particular has been going through a population explosion of Chihuahuas over the past decade or so, and thousands upon thousands end up in shelters annually. Many don’t make it out.

It was estimated that a full 30% of the Los Angeles-area animal shelter population was made up of Chihuahuas back in 2010.

Blame it on pop culture: Movies like Beverly Hills Chihuahua and stars like Paris Hilton caused people to rush out and buy the pocket-sized pets, only to abandon them en masse. Compounding the problem is a lack of spay and neutering. 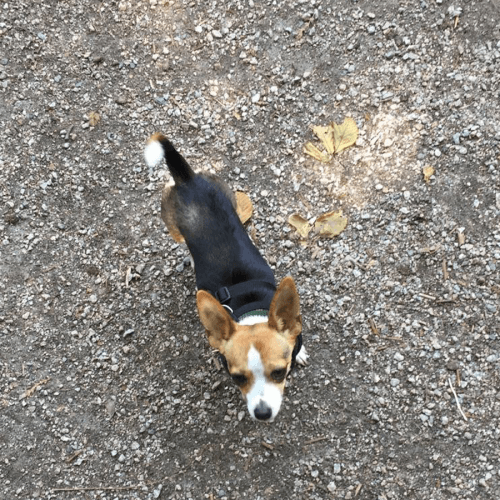 But back to Mimi.  This sweet girl is about one-year-old, so very much still in the puppy stage.

So far, she’s been a darling to work with, according to TDIAO and her foster family. She is great to walk on a leash, and is very food motivated, which has aided her training time.

She loves everyone around her and will start wagging her tail when people walk by and approach her. But it’s not all playtime: Mimi is very affectionate and also loves a good cuddle. 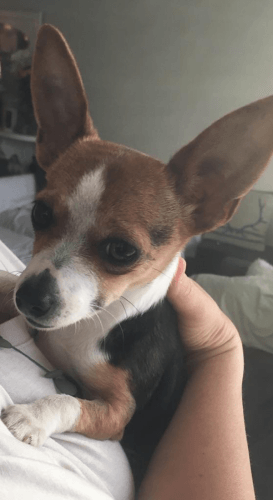 Like many small dogs, Mimi is a little nervous of large dogs. But she’s currently being housed with two small-medium sized pooches and doing really well, so she could be homed with other dogs.

Unlike many dogs, she is also good with cats.

“She’d basically thrive in any home environment where she can get lots of love and attention,” says Jill Bekar of Thank Dog I Am Out.

Mimi is spayed and up to date on all vaccinations.

To adopt Mimi please email [email protected] or fill out an application on the TDIAO website. Her adoption fee is $375. 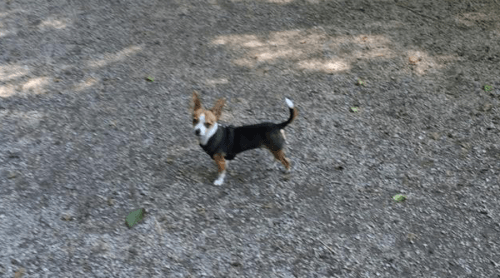