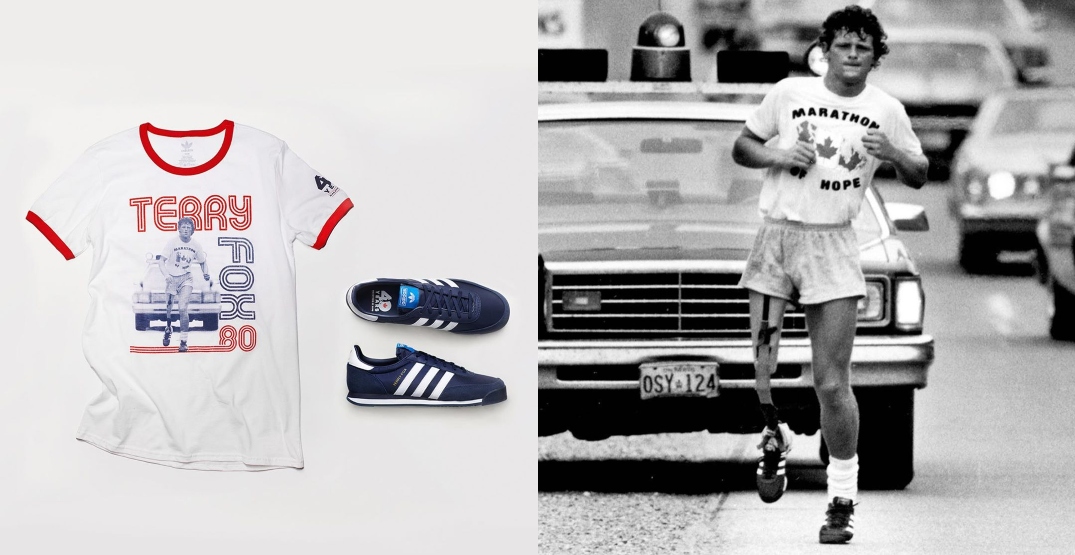 Adidas has unveiled a pair of unique and fashionable items to honour the 40th anniversary of Terry Fox’s Marathon of Hope. The new commemorative collection will raise money for cancer research, as 100% of the net proceeds will be donated to the Terry Fox Foundation.

Available beginning May 20 at 10 am ET/7 am PT, Adidas is re-releasing the Orion shoes, the same ones that Fox wore in 1980. The shoes feature “Terry Fox” on the side logo, a 40th anniversary sock liner, and special commemorative shoelaces.

They’re also selling a limited-edition t-shirt featuring an iconic image of Terry Fox and a map of his journey.

“40 years ago, Terry Fox dipped his artificial leg in the Atlantic Ocean and began his Marathon of Hope across Canada. In the process, Terry united a nation in the fight to end the hurt felt by those touched by cancer,” Adidas says on its website. “We’re honoured to celebrate the 40th Anniversary of Terry Fox’s Marathon of Hope with the launch of our new commemorative collection.”