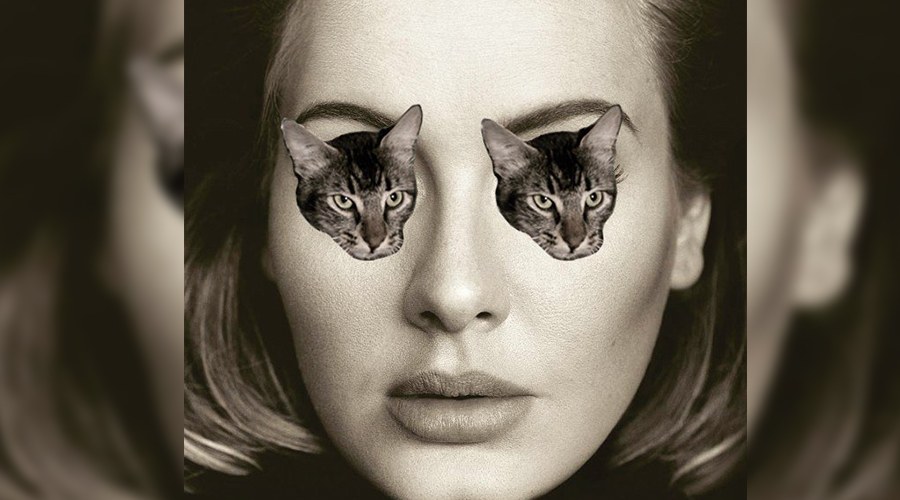 Adele might be on a world tour, but that didn’t stop her from getting in some feline love while she’s visiting Vancouver.

The songstress said hello to some kitties from the inside of the Catfé in Tinseltown and took quite a liking to one cat in particular: Larry.

Delighted by a visit from the ameowzing @Adele this eve, who was starstruck by our guy Larry & became an instant fan pic.twitter.com/02r8nzz5el

Apparently Larry didn’t quite know what to make of Adele rolling deep in cat love.

First Larry wins over @Adele, now he’s got Darla cozying up with him. He doesn’t quite know what to make of it all! pic.twitter.com/XZMzT1yZqL

The purrrrrfect visit comes just ahead of her sold-out Wednesday and Thursday concerts at Rogers Arena.

Nearly 150 cats have been adopted since Catfé opened in December of last year, so we wonder: did Adele leave with a special companion to keep her company on her tour?

Either way, we have questions. Questions that need answering. Did she hold her breath and count to ten to calm herself from all the kitty excitement? Did she feel the earth move and hear her heart burst among all the adorable fur babies?

Turns out she didn’t leave with a cat, but she was very friendly, according to the barista who served her.

“When she came in, we didn’t actually recognize her quite at first,” Leona Morrison tells Daily Hive. “My coworker was about to tell her she looks like Adele when she told us she is Adele.”

Morrison says she came in just like anyone else – no fancy call-aheads for this star. Catfé was at capacity, but knowing Adele likely won’t get an opportunity to visit again anytime soon, Morrison made an exception.

“She was here just for 10 minutes and she went and hung out with the cats. I went over to see if they wanted a drink – she was with her 4-year-old boy – and I found them petting Larry.”

“[Her son] had the night of his life,” adds Morrison.

While she didn’t arrive with an entourage, she did have security guards posted both in the café and outside.

“He was pretty tough looking and told the little girls’ birthday party that was also here at the time not to take any pictures,” says Morrison with a laugh.

Side note: there’s yet to be confirmation on Adele’s end, but she also hasn’t tweeted since July 4 – so there’s that.