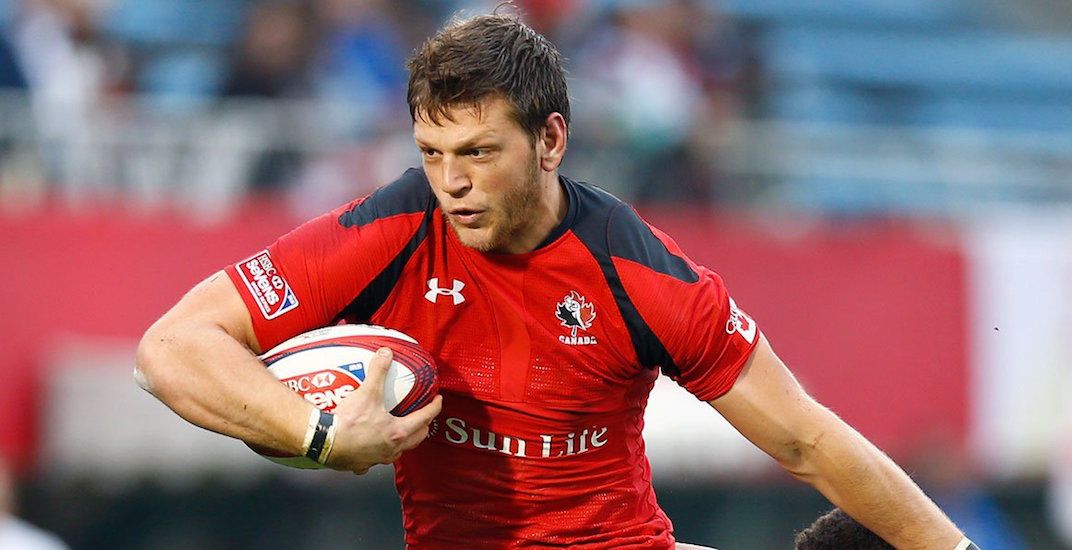 Adam Zaruba is one step closer to realizing an improbable dream.

“I just was contacted to see if I was interested in playing some football,” Zaruba said after working out with UBC quarterback Michael O’Connor in Vancouver last month. “I thought it might be a good idea to just pursue some options and see what comes of it. So I’m just kind of out there, catching some balls, getting some footage and seeing what comes of it.”

What came of it was a chance with an NFL team and on Monday, the Philadelphia Eagles announced that they have signed the 26-year-old to a three-year contract.

The North Vancouver native is an accomplished athlete, but in the sport of rugby sevens as a winger. If he makes it as a football player, his road to the NFL will be an unusual one, to say the least.

Zaruba has the size and speed to excel as a tight end. The challenge for him will be to catch up on the finer points of the game, though he played football in high school.

“Today marks the start of a new journey!” Zaruba wrote on Instagram Monday afternoon. “I am so incredibly thankful for this opportunity and very excited to be an Eagle. I don’t know how long it will last, but I will cherish every single day and try to be better than the day before. Many people were involved in making this possible and I just wanted to say thank you from the bottom of my heart. Time to go to work!”

Unlike the NHL, NBA, and MLB, NFL contracts – even multi-year ones – are not guaranteed. He can be cut at anytime.

Training camp started on Monday for the Eagles, though Zaruba won’t be able to take part in it until he’s granted a visa.