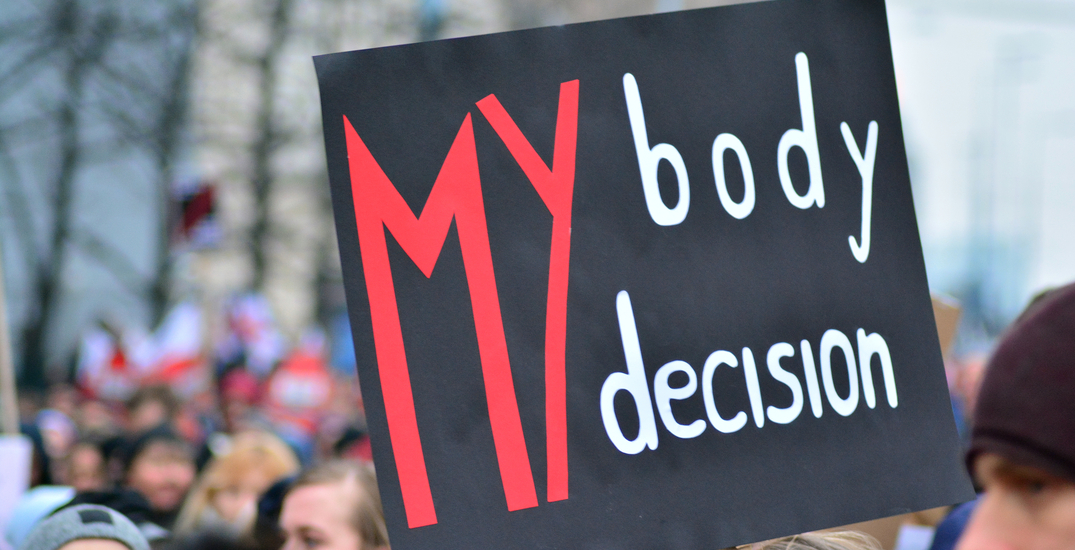 BC’s three political parties have all reaffirmed their protection of a woman’s right to a safe, legal abortion, after a bombshell leaked ruling in the United States threatens to upend that country’s abortion laws.

“We commit to agency and autonomy and to supporting the right of all women and pregnant people to access the reproductive health care they need, including safe and legal access to abortion services when they choose,” said Lore.

Abortions in Canada were decriminalized in a landmark 1988 Supreme Court of Canada ruling, which said a woman’s right to choose is protected under the Canadian Charter of Rights and Freedoms. In BC, abortions are medical procedures under the provincial healthcare system.

In the United States, a leaked draft ruling of the Supreme Court indicates it is about to overturn the Roe v. Wade decision that legalized abortion at a federal level, and leave it up to individual states to decide upon the issue – which would potentially leave women in many conservative states unable to access abortion services.

News of the potential decision sent shockwaves across the world, including at BC’s legislature, where Finance Minister Selina Robinson offered a fiery defence of abortion rights on behalf of the provincial government.

“Any change to access to abortion will be over my dead body,” said Robinson.

“This is a critical issue for all Canadians and British Columbians. And I’m very proud of our government and… our commitment to making sure that women and people who are pregnant have access to abortion when they need it. Abortion is health care.”

There are some BC MLAs who do not support the current abortion laws, and they are mainly within the BC Liberal Party.

Leader Kevin Falcon said while they are entitled to their position – usually based on religious beliefs – they must also be aware they are part of a party whose official position is it will not reopen the abortion issue if it forms government.

“I’ve been very clear, from the day I launched my leadership campaign, when I first got asked about this issue, we remain steadfast in our commitment to supporting a woman’s right to choose and our party position remains consistent in opposing any attempts to restrict or revoke the hard fought rights that British Columbians have earned,” Falcon told me in a recent interview for CHEK News.

Falcon said his personal beliefs are pro-choice, and that he supports the current provincial and federal laws that allow for safe and legal abortions if a woman chooses.

“I don’t believe there’s a threat here in British Columbia against that fundamental principle that a woman has the right to make decisions around her own body, without interference from government – whatever that choice may be,” he said.

BC Green leader Sonia Fursteanu called the potential US court decision “appalling and infuriating as it rolls back the years on reproductive rights” but also a call for people to “double down and expand our rights in BC.”

BC expanded some abortion access in 2018 by providing universal no-cost coverage to Mifegymiso, which is a combination of drugs used to terminate pregnancies up to nine weeks from the start of the last menstrual period. Normally, it costs $300. The drug is an alternative to surgical abortions, and can now be dispensed for free with a prescription from pharmacies.

BC was also the first province in Canada to pass bubble zone legislation protecting abortion clinics in 1995.

With all three BC parties in support on preserving abortion protection, the only thing that could change the issue would be movement by the federal government in Ottawa.

Prime Minister Justin Trudeau on Tuesday tweeted out his support for preserving a woman’s right to choose.

Interim Conservative leader Candice Bergan also said in a statement her party would not reopen the abortion issue – however, the Conservatives are in the middle of a leadership race in which positions on the issue differ.

Frontrunner candidate Pierre Polievre told the CBC that: “A Polievre government will not introduce or pass any laws restricting abortion.”

Any federal change would run up against the 1998 Supreme Court of Canada decision and Charter of Rights and Freedoms, likely setting off a series of complicated and protracted legal challenges.

“The delivery of healthcare is a provincial responsibility,” said Eby. “We would not stand idly by if a federal government were to try to prevent access to healthcare, including abortion.”