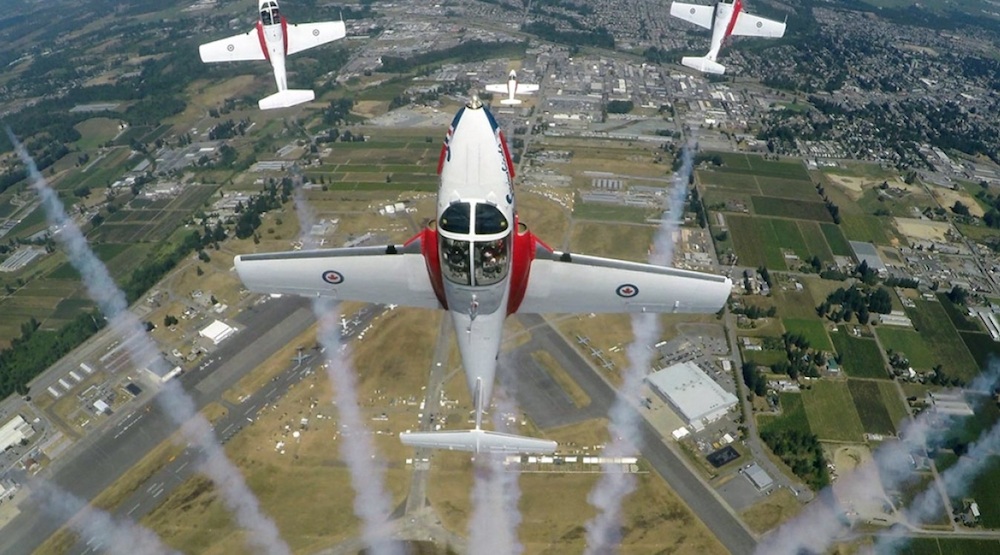 Plans for the Abbotsford International Airshow (AIA) remain up in the air, making it the last remaining major summertime event in the Lower Mainland that has yet to be officially cancelled.

The three-day event taking over Abbotsford International Airport is still scheduled from August 7 to 9, but organizers say they are still in the process of considering options following the direction of BC’s provincial health officer.

“Our primary goal every year is to produce an event that is safe for our spectators, performers, and volunteers. We remained hopeful that by August, the spread of COVID-19 would be minimized and the Abbotsford Airshow could be able to proceed as planned. The Airshow continues to closely monitor the rapidly evolving situation concerning COVID-19 and will follow recommendations of government and public health agencies,” Jadene Mah, a spokesperson for the AIA, told Daily Hive in an email.

She says the scenarios include postponement, cancellation, or an entirely different concept. This is the air show’s 62nd year.

“Like many other organizations and festivals, many conversations are happening amongst our leadership right now to navigate contingency plans for a wide range of potential scenarios,” she continued.

The annual event typically attracts about 300,000 people throughout its weekend-long run, which has in the past included aerobatic stunts by the Canadian Force Snowbirds, US Air Force Thunderbirds, and various other teams and troupes, as well as ground-level displays of aircraft, interactive exhibits, hot air balloons, craft beer, food trucks, and fireworks.