An unnamed intoxicated man in Abbotsford was caught drunk driving, as he then proceeded to ditch his car and enter a cop car, mistaking it for a cab.

“Get me out of here buddy, there’s cops everywhere,” he said.

Abbotsford police said he entered an idling cop car, and they were quick to take him to jail.

Abbotsford police are upping their sense of humour by posting memes of bizarre happenings on their Facebook and Twitter— this incident being one of many. 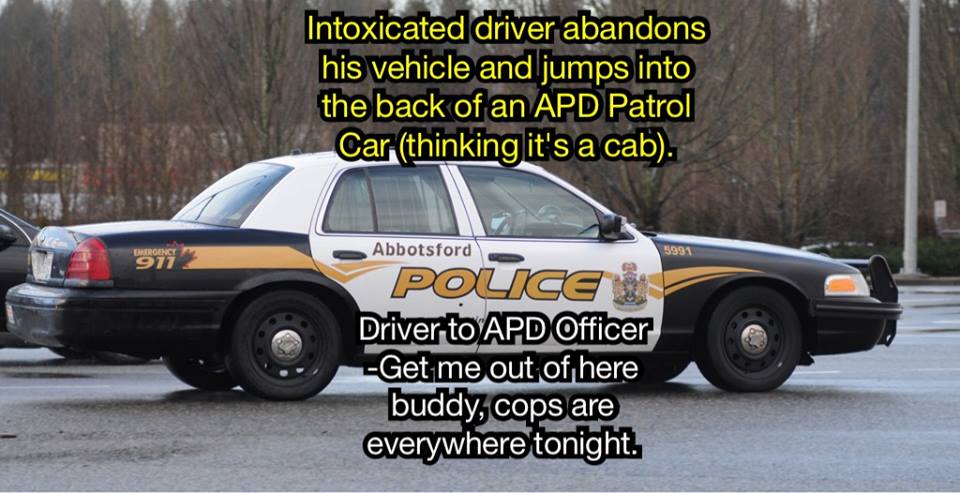 “It actually happens more than you think,” Abbotsford Police Department (APD) tweeted out after posting the meme.

There is no room for sympathy as the man was driving drunk, but only pulled over when he saw a presence of police in the area.

The APD are dubbing this week as Driving Excuses Week, and plenty more memes are expected to come.