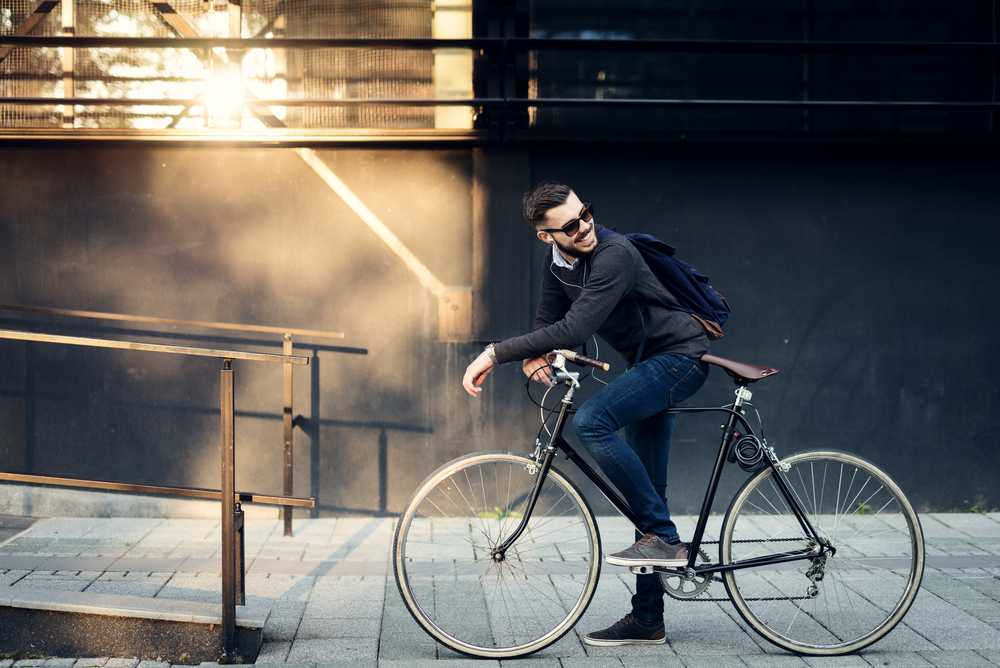 While officially known as the “City in the Country”, Abbotsford’s sprawling 389 km2 (150 m2) is, in fact, a historical amalgamation of three separate municipalities in the Fraser Valley Regional District, making it the single largest city by area in all of British Columbia. 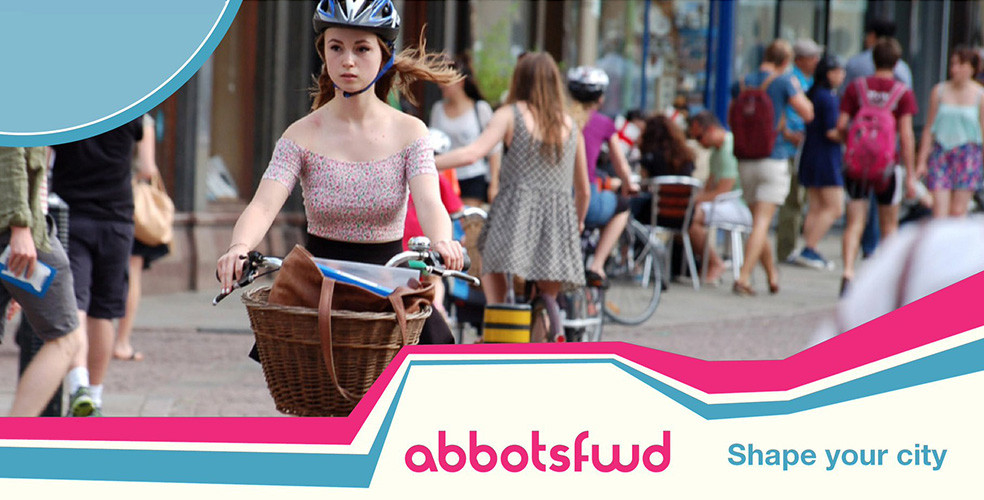 Despite its borders being contained by an Urban Development Boundary, with 75% of its mass protected by the province’s crucial Agricultural Land Reserve, Abbotsford has been largely designed around a single mode of transportation: the private automobile, resulting in low density development, vast expanses of underutilized asphalt, and roads that are frequently and openly hostile to those few who dare get around by foot or by bicycle.

As a result, Abbotsford holds the dubious distinction of being the most car-dependent city in all of Canada, recording the single highest proportion of workers commuting to work by car, truck, or van than any other metropolitan area in the 2011 Canadian Census. 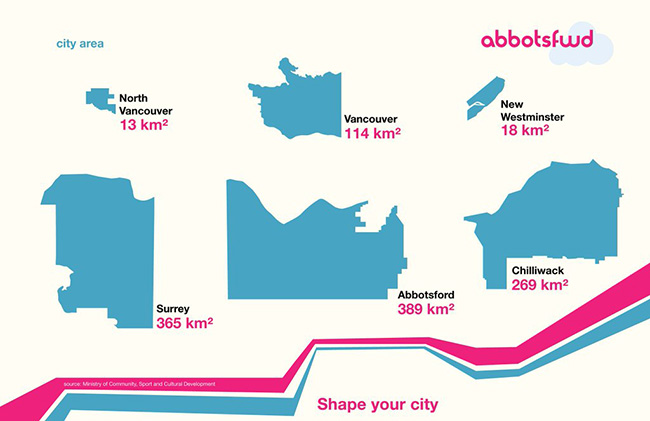 Although suburban in nature, Abbotsford is far from your prototypical bedroom community, with almost two-third of residents also working in their home city (at an average commute distance of just six kilometres), and 81% of all trips staying within the city. Despite this notable proximity, just 2.5% of trips to work are made by transit, 2.6% by foot, and 0.8% by bicycle. In many ways it is a complete municipality, but with incomplete neighbourhoods, and far from complete options as to how its residents get from A to B.

And so, in 2014, faced with a concern that growth wouldn’t reflect their hopes and aspirations, and a much-needed update of their Official Community Plan, City staff and council opted to undertake a comprehensive, two-year public engagement process. They named this plan “Abbotsforward“, which would give residents an unparalleled opportunity to re-shape the long-term vision of their community over the coming years.

“Lofty goals and an open mind” 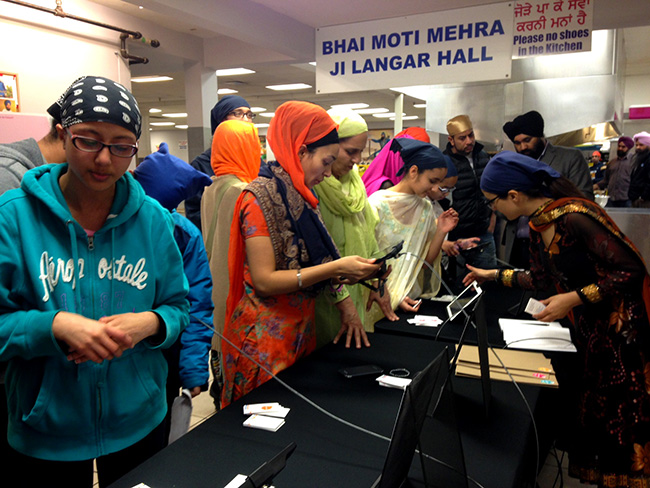 “We began the process with lofty goals and an open mind, with no preferred outcomes or desires,” recalls City of Abbotsford Director of Community Planning Mark Neill. In the early stages, Neill identified one key motivator: “We had to do community engagement better than we had done in the past, while providing an opportunity for dialogue and feedback.”

As such, the branded Abbotsforward team (known affectionately as “planners in pink”) actively sought to reach out to that hidden group of people who aren’t typically involved in civic affairs. They did this by taking their show “on the road”, and setting up shop at churches, community centres, ice rinks, and various neighbourhood events. When it was all said and done, the planners had over 7,000 interactions (including 3,500 survey responses) to consider. “We wanted to tap into a part of Abbotsford that doesn’t usually engage with City Hall, and get a better sense of their values and priorities,” suggests Neill. 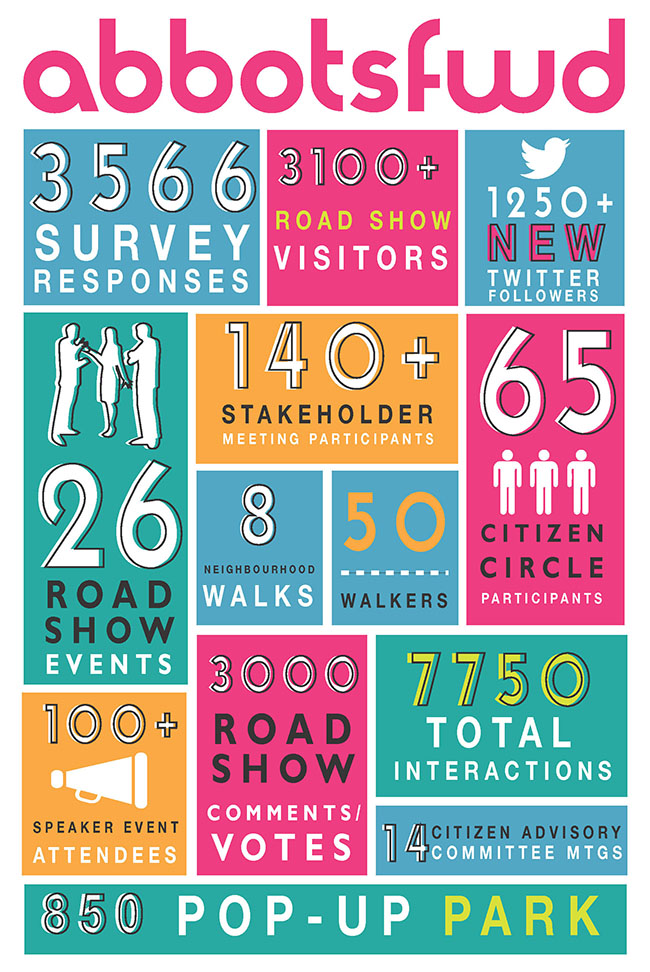 While asking those (quieter) residents questions on their own terms, rather than sit back and wait for the loudest voices in the room to speak up, Neill and Abbotsforward team received some surprising answers, particularly in the areas of transportation and infrastructure.

As it turns out, the majority of people surveyed in Canada’s most car-dependent city were – in fact – overwhelmingly in favour of increased investments in transit, walking, and cycling; while also noticeably against the idea of continuing to design city streets that prioritize private motor vehicles over all other modes of transportation. 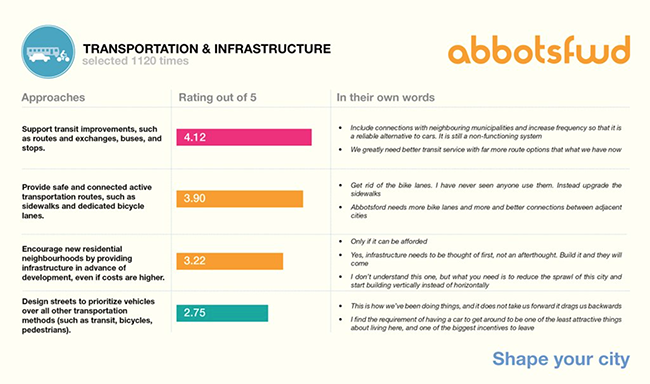 It is this glaring gap between perception and reality that motivates Jennifer Fix, Planning and Urban Design Associate at DIALOG, the lead consultant hired by the City to work closely with staff to design and execute the engagement process. “We looked closely at the survey results, and discovered the values and priorities of Abbotsford residents aren’t that different from those of Vancouverites or residents of other more urban cities. They simply don’t have many of those options currently afforded to them,” she notes.

“Citizens were, for the most part, genuinely excited about the ‘City in the Country’ concept, and we were pleasantly surprised at their consensus priorities: which included increased walkability, smaller-scale retail environments, and narrower streets,” Fix admits. “But the number one thing we heard was that people want to live within walking distance of a grocery store.” As they discovered, only 16% of Abbotsford residents were located within a 10-minute walk of one, a number they aim to increase to 37% within the life of the plan. 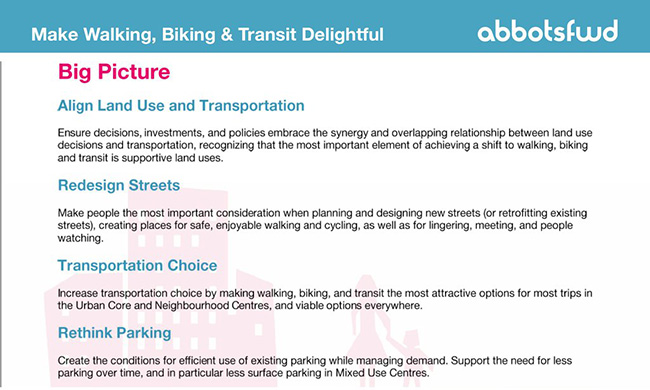 Here it becomes abundantly clear that providing transportation options simply isn’t enough. For people to choose other modes, we must provide smarter land use planning: “We  believe that land use is the best way to get people out of their cars,” suggests Fix.

With so many unique challenges, it was clearly necessary to think very differently about how to craft a new plan. Two of the most important decisions, championed by city planner and urbanist Brent Toderian, were to form the engagement and plan around outcomes rather than timeframes (as is commonly done with Community Plans), and around “big ideas” rather than the usual tedious policy categories.

Each big idea (eventually seven were identified through the process) is uniquely transformative, but – in combination with one another – carefully designed to retrofit a car-orientated city into one where transit, walking, are cycling are the modes of choice. Rather than see the arrival of 60,000 new inhabitants as a burden, this was a plan that would utilize the management and accommodation of growth as an opportunity to vastly improve every inhabitant’s mobility and quality of life. 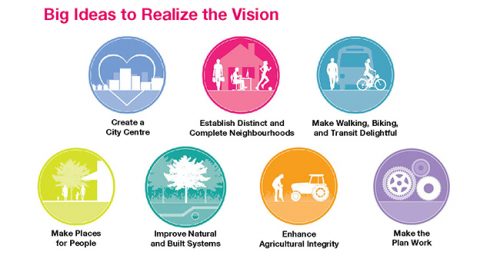 “Growing from 140,000 to 200,000 residents in a car-dependent way means that the city is very likely getting worse as it grows,” explains Toderian, principal at TODERIAN UrbanWORKS, who worked closely with DIALOG and City of Abbotsford staff and Council to develop the Abbotsforward plan. “Growing from 140,000 to 200,000 residents in a truly multi-modal way means that the city stands a real chance of getting better as it grows.”

Toderian is clearly complementary of Abbotsforward’s new shared aspirational goals, calling it “one of the most ambitious plans I’ve been a part of in Canada,” but pulls no punches when it comes to clearly communicating the tough road ahead: “Abbotsford starts in a hole when it comes to mobility choices, so for transit, walking, and cycling to become ‘delightful’ within our lifetime, the implementation of this plan has to be virtually perfect. A two-steps-forward, one-step-back approach to follow-through won’t be good enough.”

And while the residents of Abbotsford have clearly indicated a desire to look beyond the automobile, it wasn’t without an unflinching presentation of the facts and consequences of car-dependence from City officials and thought leaders: “A lot of this exercise has been about inspiring the conversation to understand the real possibilities, along with the tough choices that are going to be involved,” explains Toderian. This included public talks by both Toderian and Jeff Tumlin; a renowned author, transportation planner, and public speaker brought in from San Francisco to generate debate and discussion in the community.

“One skepticism some had going into this process was whether the people of Abbotsford would be ready for a paradigm shift regarding mobility. Would they be ready to choose options other than their cars?” asks Toderian. “The answer, from what we saw and heard, was a resounding ‘yes’.”

According to Toderian, the difficult work begins with the (likely) approval of the Abbotsforward plan by City Council on June 27. Which is why an important part of his role has been about changing the culture at City Hall. “After all, it will be their boldness, bravery, passion, and decision-making that will decide whether the plan ultimately succeeds or fails.”

“It’s a plan built with and by an inspired and innovative staff, owned by a very determined Mayor and Council, with tremendous ‘buy in’ from an engaged community,” Toderian declares. “For that reason, it has every chance of succeeding.” But if residents are to choose transit, walking, and cycling more often; then suburban Abbotsford will have to become a much more urban place than it has been. “After all,” Toderian reminds us, “Abbotsforward isn’t about the present or the past – it’s about looking forward to a better urban future.”