Are your taste buds looking for something off the beaten path? You probably have your go-tos, but when you’re looking for a new adventure, your next stop should be Cambodian cuisine. Linda Rom, owner of Angkor restaurant at Victoria & 33rd Ave, describes the cuisine as “spice-oriented, diverse and influenced by Chinese, Vietnamese and Thai dishes. Cambodian fish curries, sour soups, different salads and noodles make it unique compared to the neighbouring countries.”

Angkor restaurant opened in 2008 and is located on the northeast corner of Victoria Drive and 33rd Avenue. Cambodian couple, Mr. and Mrs. Rom, and their daughter Linda own and run this small casual place on the eastside of Vancouver.

Geographically, Cambodia is nestled between Vietnam and Thailand in Southeast Asia. Angkor is the capital of the ancient kingdom of Khmer in the northwestern part of the country.

Angkor restaurant focuses completely on Cambodian cuisine. Many of the seasonings are imported from the home country, including organic palm sugar, curries and chili powders. The Roms want to provide their customers with an authentic Cambodian experience, starting with flavours.

The only other Vancouver establishment advertising Cambodian cuisine is Phnom Penh restaurant located in Chinatown. In addition though, they serve Vietnamese and Chinese dishes.

Their menu is divided into: Appetizers, Pork Noodles, Beef Noodles, Seafood Noodles, Rice Dishes, Soup and Rice and Desserts/Beverages. The menu is quite extensive, giving you have many choices, although Linda says the most popular dish is their “dry rice and egg noodles.”

After visiting on two occasions I would summarize Cambodian cuisine as being similar to other southeastern Asian foods, but distinctive. It’s salty, sweet and sour with real complexity. Some of the dishes packed some heat, but were not overwhelming. The spicy flavour was strong, but not dominating.

A differentiation is that their seasonings create a real diversity of flavours unlike other southeastern Asian cuisines, which can be dominated by one or two flavour profiles.

It is impossible not to want to compare this cuisine with that of others Asian countries. If you like Vietnamese and Chinese cuisine, you will love Cambodian. Similar, but subtle differences. Thai cuisine can be very spicy, but Cambodian cuisine leans toward lighter use of the hot chilies.

The Angkor Deep Fried Chicken wings rival those found at Phnom Penh (reputed as some of the best in the city), which says a lot! We gobbled this appetizer as quickly as it was delivered. The meat was juicy, the skin crispy, chicken not oily and it left us satisfied, but wanting more. 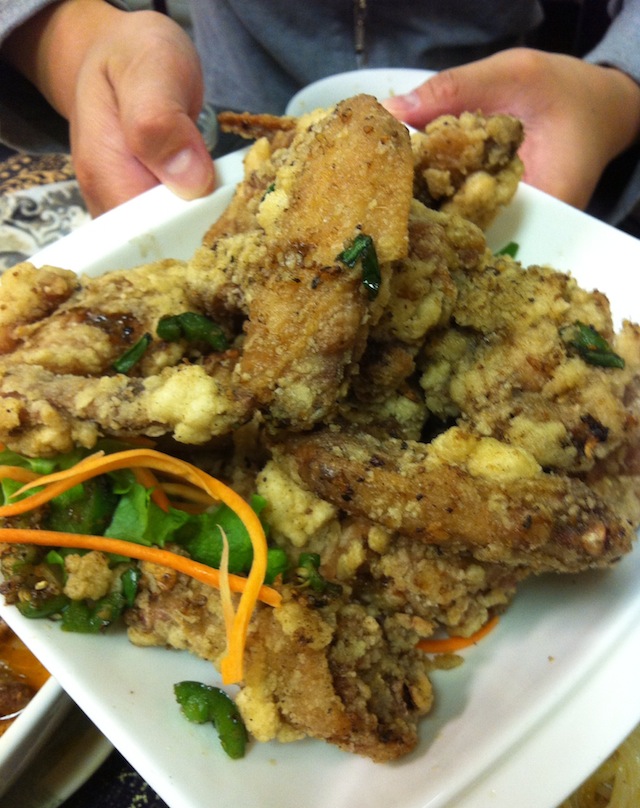 The Nhoam Lahong or Papaya Salad was fresh with sweet and savoury tastes. The dressing was interesting and unlike anything you’ve tasted before, but in a good way. Prawns were included. Textures were soft and some bites were crunchy. 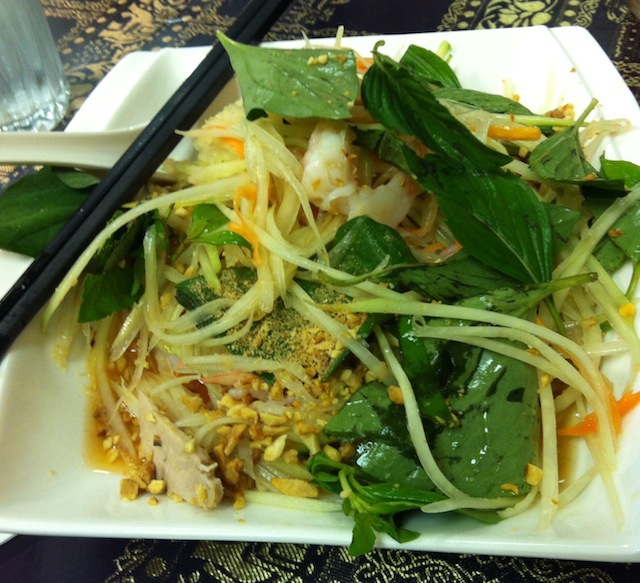 The Cambodian Beef Lemongrass Coconut Sour Soup and Rice dish was very enjoyable. Like other dishes, a number of different flavours depending on what your spoon pulls out. There were a multitude of ingredients and seasonings in this bowl and the beef was very tender. 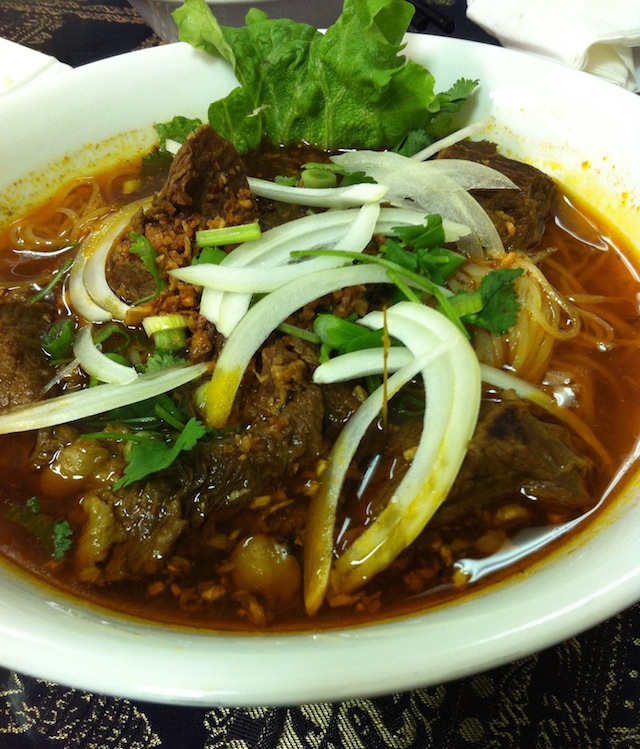 Angkor Beef Stew and Rice Noodle dish was completely different than the dish above. Again, the meat was very tender and well seasoned. All the ingredients were fresh and complemented each other. 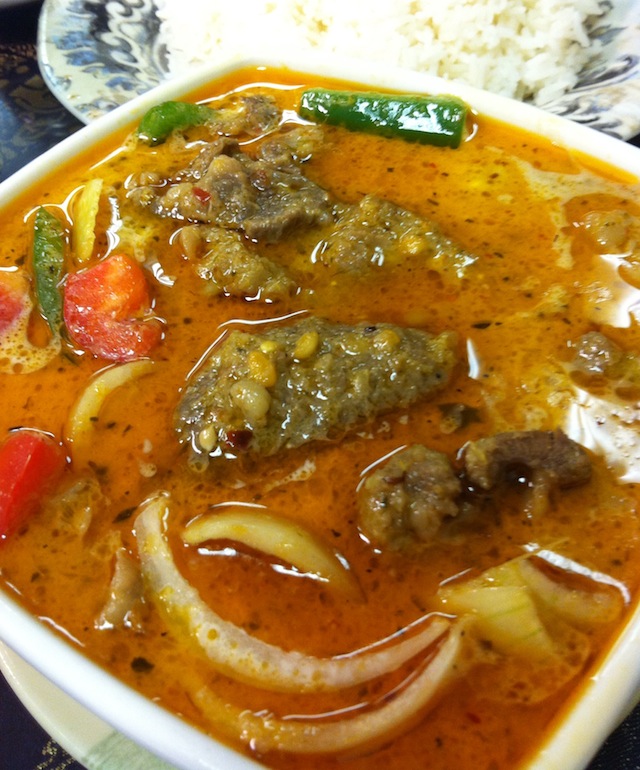 Both visits to Angkor were enjoyable, but the dinner dishes were preferred to the lunch experience. Try Cambodian cuisine and compare for yourself against its larger and more influential neighbours. Angkor is on Facebook and is CASH ONLY. Very casual dining. If you are feeling adventurous try one of their Cambodian beverages.