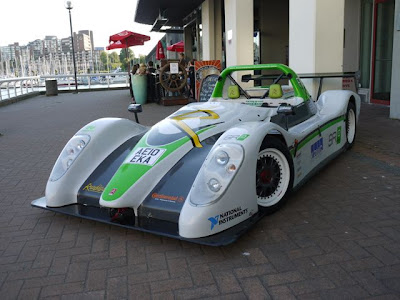 Everyone knows I’m a sucker for a great set of curves, especially if they’re carbon fiber. On Friday night, I accepted an invitation to a special event hosted by the Vancouver Enterprise Forum’s, Momentum event series and Cleantech Venture Capital firm, Chrysalix. About 100 of Vancouver’s best and brightest entrepreneurs gathered at Marmelade for an evening of drinks, appetizers and to ogle Imperial College’s Racing Green Endurance supercar. Boasting a 400 Km range and 400 horsepower, the carbon fiber racer, designed by the students and Radical proves that electric vehicles need not be perceived as slow unattractive econoboxes. The team is in the process of driving all the way down the Pan American Highway straight to Argentina. In fact, judging by all the phone numbers the RGE Team received from local hotties, it looks as if electric supercars pack just as big a punch as their fossil fueled counterparts, if not more. 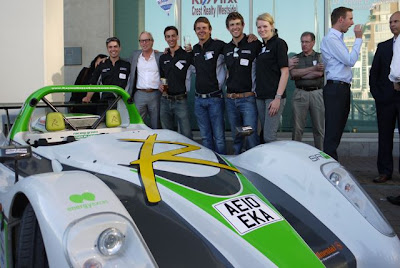 Not just a showcase of sexy wheels, the event itself was a great opportunity to meet up with the people responsible for funding, among many others, Brammo, a company you’ll be hearing about often, especially if you’re an environmentally responsible motorcyclist. The folks at Chrysalix have put out a call for game changing clean tech enterprises to apply for some sweet sweet venture capital with the intention of making a billion or ten.

So. If anyone reading this has an awesome scheme that’ll not only save the world, but can make people rich, send me a message and I’ll put you in touch with the skills to pay the bills… for a nominal fee of 30% worth of stock. 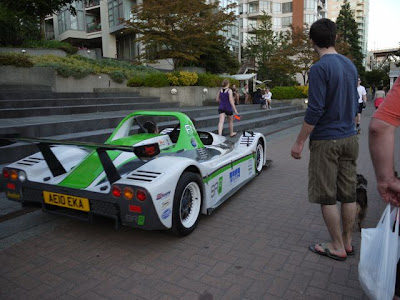