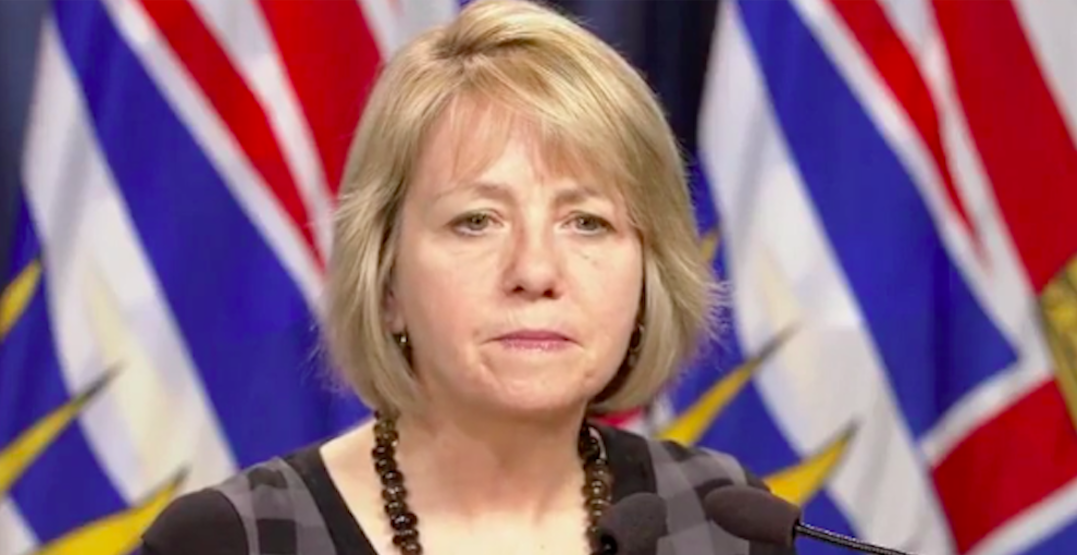 British Columbia health officials announced 95 new test-positive coronavirus cases, and another two deaths as a result of the virus, on Saturday.

Broken down by health region, Henry said there are 778 cases in Vancouver Coastal Health, 853 in Fraser Health, 114 on Vancouver Island, 160 in Interior Health, and 42 in Northern Health.

Out of the total number of cases, 96 people are in hospital, with 41 in intensive care. A total of 1,137 people have fully recovered.

Henry said that part of the reason for the “dramatic jump” in case numbers has to do with “the community outbreaks that we’ve been investigating.”

She spoke about the “ongoing” outbreak at the federal correctional facility in Mission, where she said “extensive testing” has been done in the last few days.

As a result, 40 of the new cases announced stem from cases at the facility, bringing the total number of inmates at the prison who have tested positive to 106, along with 12 staff members.

In addition, “you’re aware that we’ve had two ongoing outbreaks in workplaces, including superior poultry, and 16 of the new cases today are related to the ongoing investigation at that facility,” said Henry.

The United Poultry facility “which was closed down a few days ago,” remains at 35 cases, she said.

She also spoke about the two deaths in the last 24 hours, including the first death “in one of BC’s First Nations communities,” and calling it a “tragedy that’s beyond just us.”

Elders in First Nations communities she said, “are our culture and history keepers. When they become ill and when they die, we all lose, and I want you to know that we feel that collective loss today.”