Just when you thought the 90’s were totally a fad of the past, here they come, roaring back in all of its television trivia glory.

On March 30 at the Waldorf Tiki Bar, go and test your skills in the second night of 90’s Kids Trivia TV Edition!

The first edition of 90’s Kids Trivia was absolutely slammed, reaching capacity before 7 pm. The trivia was fast and furious, with retro 90’s graphics and bowls of your favorite school-lunch candy at each table. Pop-Tarts, Dinosours and Fruit by the Foot were flying around, even an impromptu Carlton dance off, which led to one individual tying their sweater around their neck and doing Tom Jones justice like nobody could.

Grand Prizes by F As in Frank and The Rio Theatre made sure everyone left with a nostalgic rush of the nineties, let alone huge sugar highs.

The door is opens at 6 pm and it’s advised that you get there early. Bring your own pens/pencils and you’ll be adored by everyone. 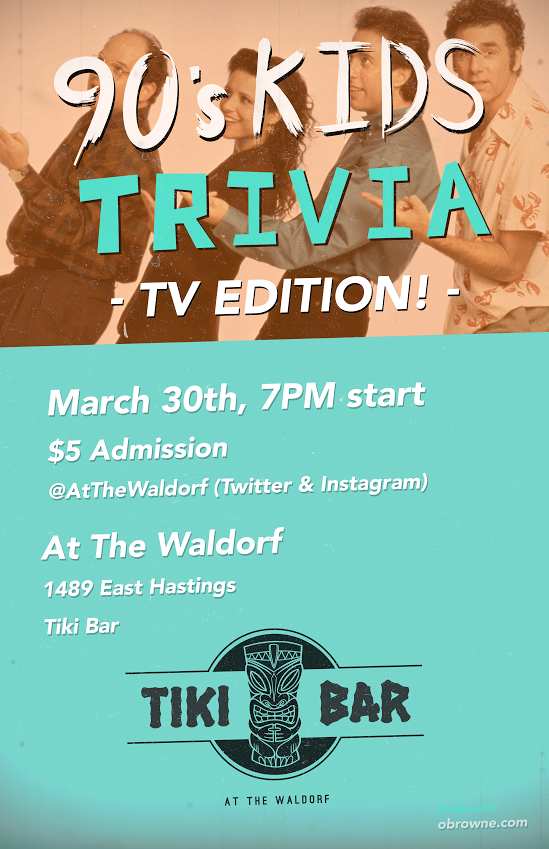