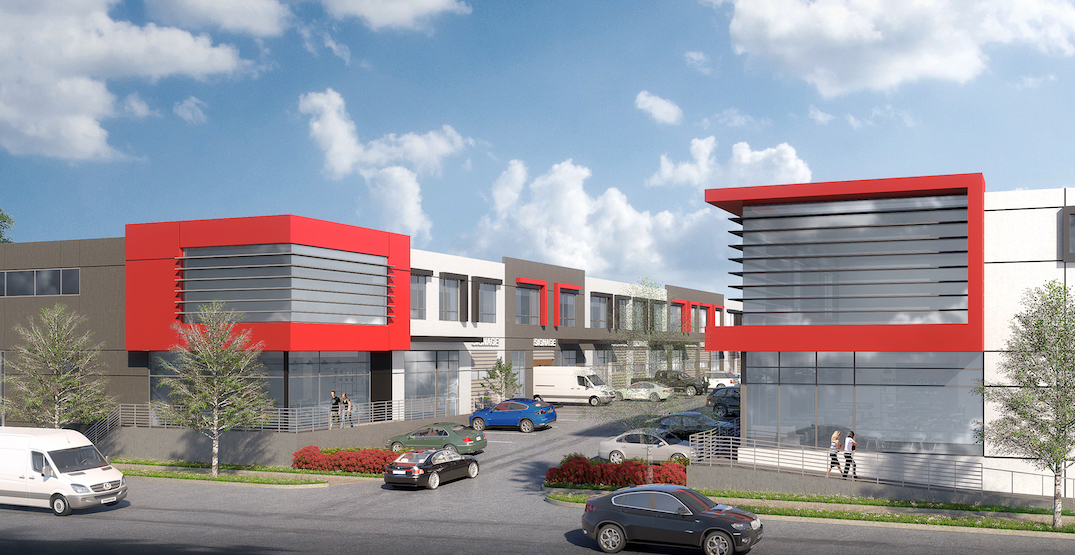 The developer has submitted development applications for two new strata industrial projects within relatively close proximity to each other.

The property at 8360 Ontario Street, located just north of East Kent Street, is a 2.2-acre site currently occupied by a 1971-built, two-storey warehouse with 20,000 sq. ft. of floor area for metal recycling operations. This site will be redeveloped into two new industrial buildings comprised of 23 units totalling 72,296 sq. ft., including flex office and retail components.

About two kms to the east at 901 East Kent Street, near the foot of Ross Street, an undeveloped two-acre site used as a scaffolding storage yard will be redeveloped into three industrial buildings comprised of 28 units, with a total floor area of 82,000 sq. ft. This project will target more traditional light industrial users, including contractors and trades reliant on proximity to road access to Richmond.

“South Vancouver has a history as an industrial hub and is a sensible home-base for small businesses or tradesmen,” said Brent Sawchyn, CEO of PC Urban, in a statement.

In 2017, the developer completed its first industrial strata complex in the area to the west of both sites at 8811 Laurel Street. If approved, the latest South Vancouver projects will be the developer’s eighth and ninth strata industrial developments.

There is immense demand for industrial space in Metro Vancouver, especially in Vancouver where industrial vacancy rates have dropped from 1.7% earlier in the year to 1.2% today. Rents for industrial rents are rising by 15% annually, while the company’s upcoming Brentwood strata industrial project, which is 100% sold, is now seeing re-trades and resales at prices over $525 per sq. ft.

The latest projects on Ontario Street and East Kent Avenue are expected to reach completion in Summer 2022. Chris Boyzk Architects is the design firm.