For award-winning director Maia Costea, age is just a number.

“I’ve been acting since I was five-years-old, and started filmmaking at age seven,” said Costea, nine-year-old writer and director of the short film Behind the Rocks. “It’s fun using your imagination to create your own story. And when you’re done, you feel proud.”

Behind the Rocks is a featured title at the 2016 Vancouver Short Film Festival (VSFF), January 29 to 30 at Vancity Theatre. The five-minute short tells the story of three young girls and their discovery of magic rocks that transport them to another world. The film has nods to fantasy and superhero genres, but the story is pure Costea. 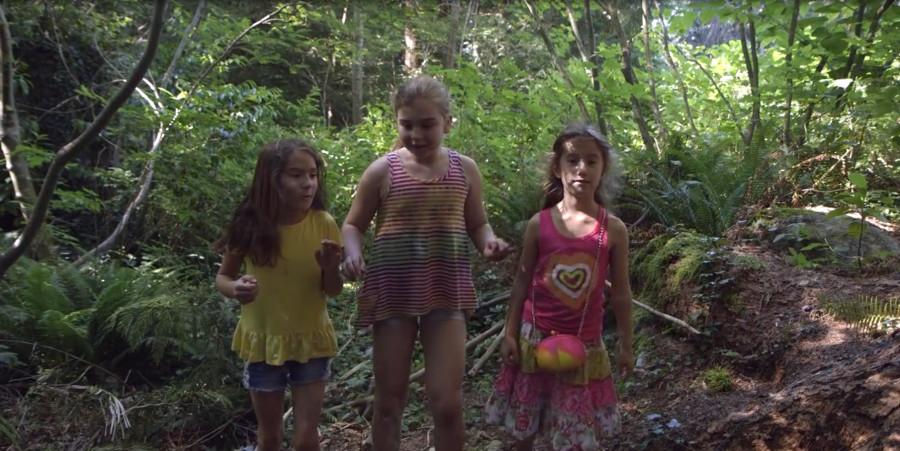 Image: Maia Costea, Izabel Pearce and Carla Costea. Photo by Behind the Rocks

“I’ve been studying with Young Moviemakers for a while now, and I wanted to direct a movie on my own,” said Costea. “I wrote, directed, and edited the rough cuts for Behind the Rocks. My mom worked the camera, my sister Carla acted in the film with me and my friend Izabel, and Izabel’s mom worked the sound.”

“It was very cool learning how to use all of the gear. I like putting it all together.”

Behind the Rocks is screening in the Child’s Play program and is in competition for the Best Student Short Film Award at VSFF. The festival features 23 short films from B.C. filmmakers, selected from over 180 submissions, with 12 awards, and over $15,000 in cash and prizing to be awarded.

Filmmaking is a family affair for the Costea’s, with Maia, Carla and older brother Joshua all having trained with Young Moviemakers. Maia was motivated by her brother and friendly competition to get into the business. 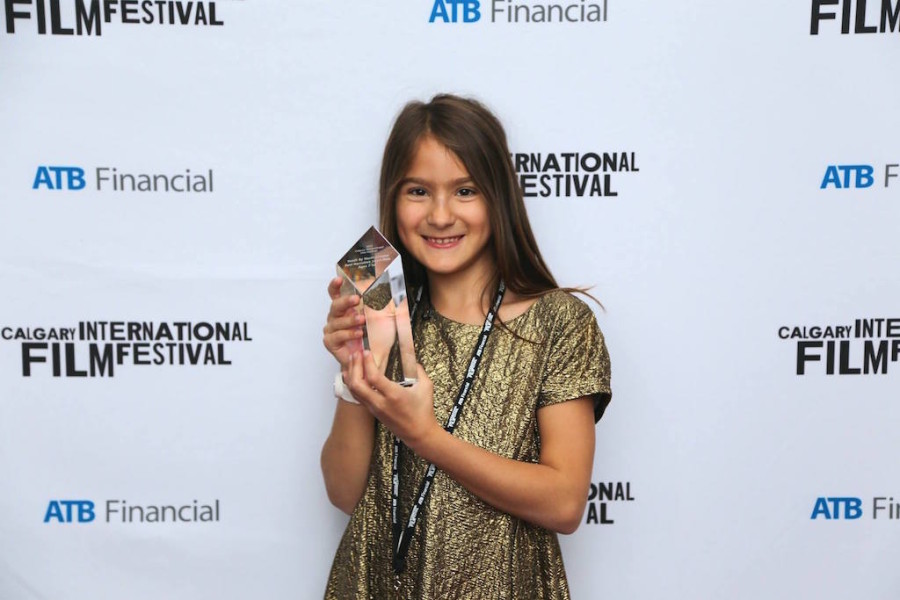 “My brother is my inspiration. I saw what he was doing and wanted to be better than him, so I started and right away it was fun,” said Costea. “Joshua is very supportive of me. When my short film Teen Chick won an award at the Calgary International Film Festival, he was very proud of me.”

Maia’s mother Lettie is also very proud of her daughter’s accomplishments, and works with her as producer and editor.

“It’s been fun working with all of them on their projects. It keeps them active and gives them a sense of accomplishment,” she said. “They learn many lifetime skills making films. I’m very supportive and proud.”