SuperDate is dating app launching in Vancouver next month with the goal of solving some of the problems current online dating apps have created. Among these are “swipe culture”, people just looking for hook-ups, and messaging people for days only to never go on an actual date.

They are asking Vancouverites to tell them their idea of a perfect date and paying for 10 of them, entering the contest takes 30 seconds and can be done here.

While we’re waiting for the launch – here are 9 types of men you’ll find swiping in Vancouver. 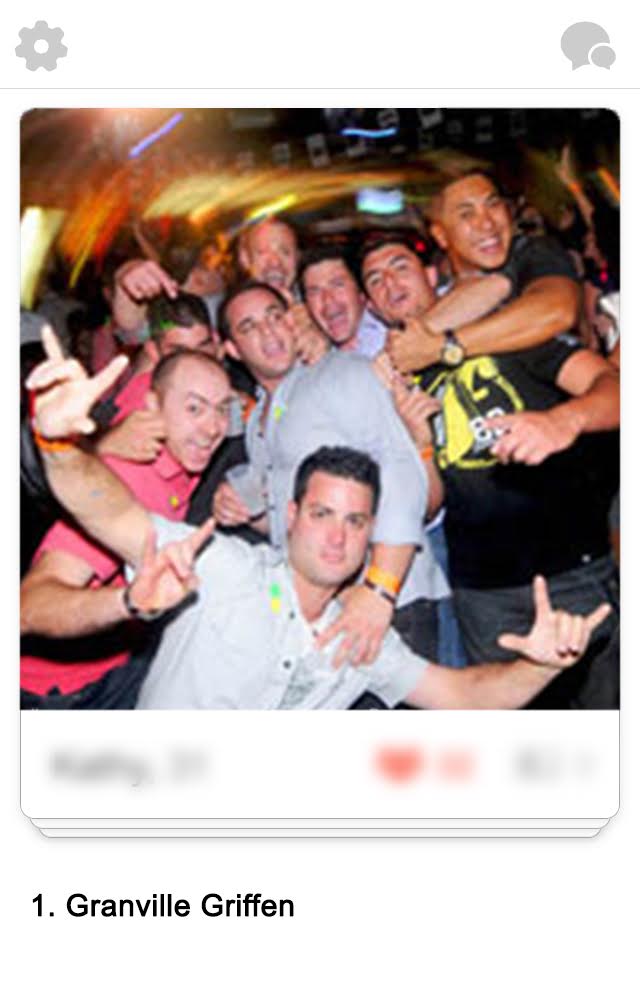 The essence of bro culture. This weekend warrior is committed to hitting the strip hard with his bros. His lid is sculpted with pointy perfection and his biceps generally take up a large portion of the pics frame. He hugs hard and so does the rest of the crew. There’s just so much love. 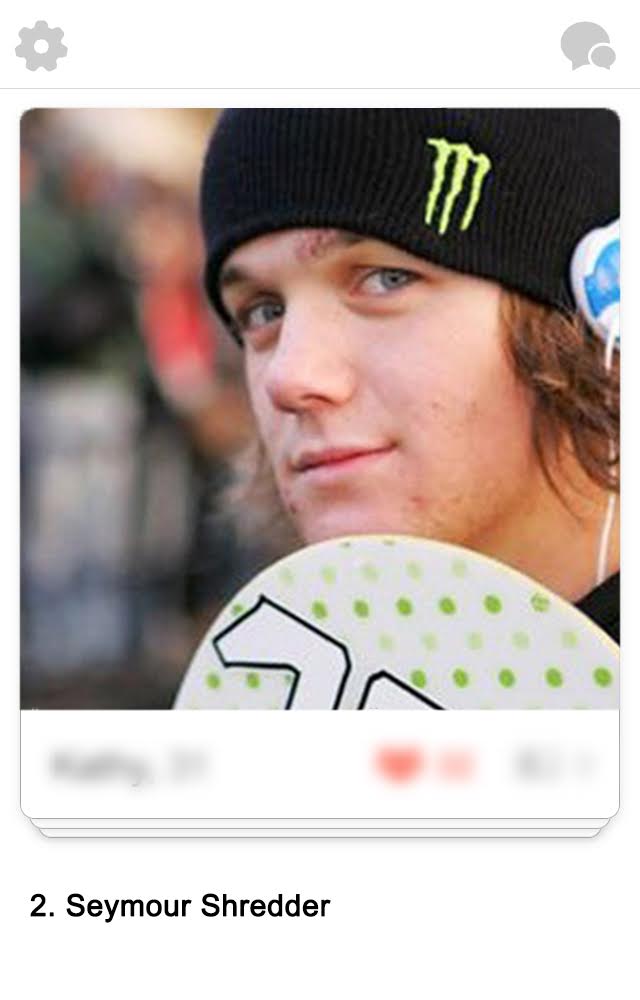 Or perhaps Whis shredder. Between the fully kitted shots on the chairlift and the powder masking moments you kindaknow what he looks like. Thankfully apres ski beers at the Longhorn Saloon give you an idea of what you’re dealing with. It’s tough to know if he is sponsored as every pic seems to have his go-to brand pretty prominent. 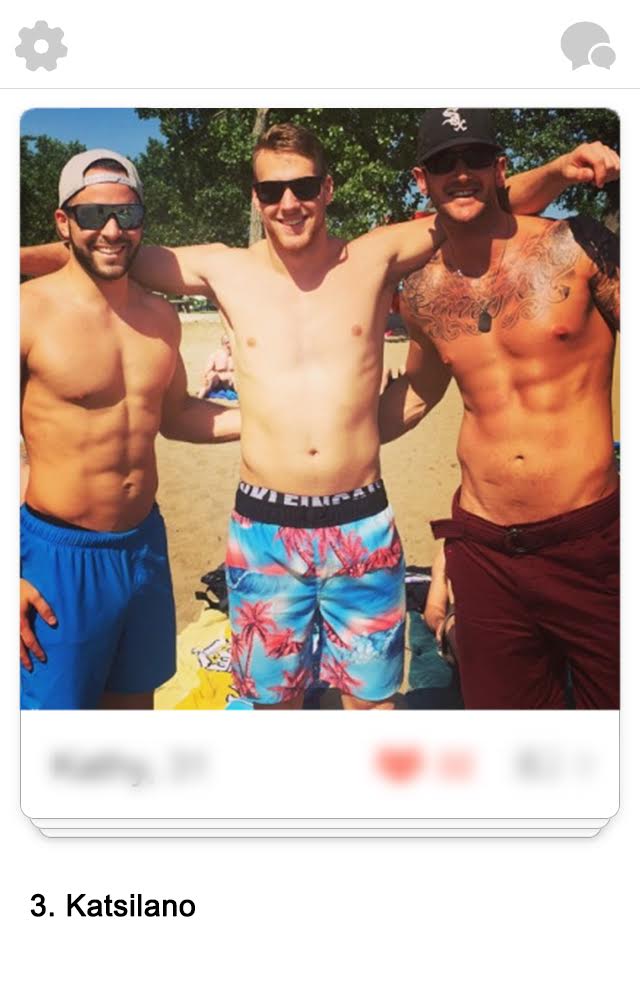 You’ll find this type of dude on the grassy knoll – abs a bursting. The body of a greek god furnished with chinese character tattoos which may not translate accurately. To balance out his testosterone fuelled imagery he catches delicate moments with cats. His frisbee game is on fleek and you’ll find an assortment of shots taken at complimentary angles capturing such choice moments. 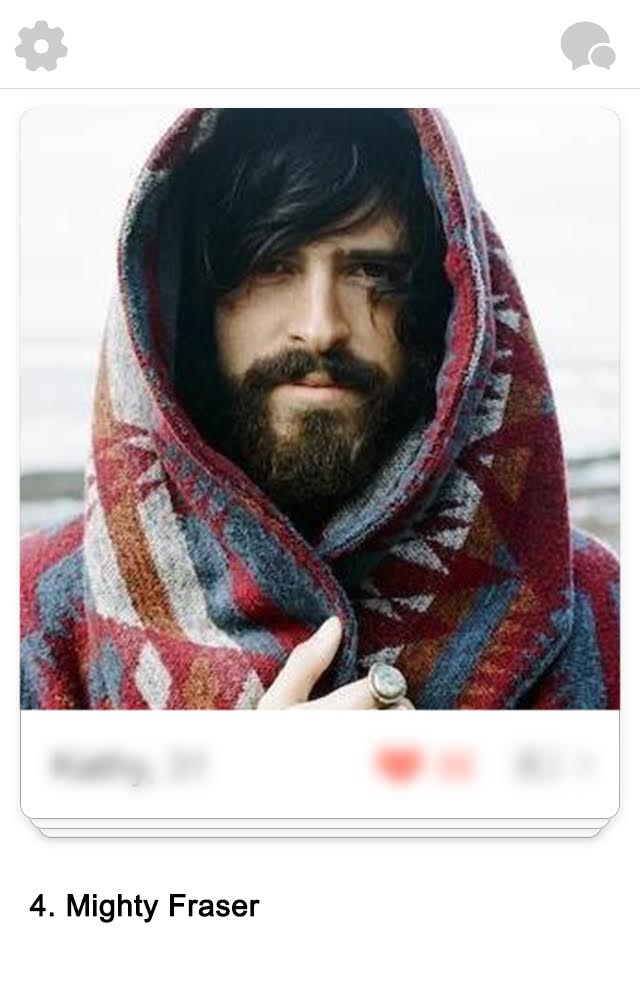 This guy may come in handy in case of an apocalypse. Proud poses are abundant and bait and tackle is his main game. A true outdoorsman his beard is not a fashion statement, but a utility to weather storms.  When he’s not roaming the seas you’ll find him peering off into the sunset wondering about the many fish that are getting away. 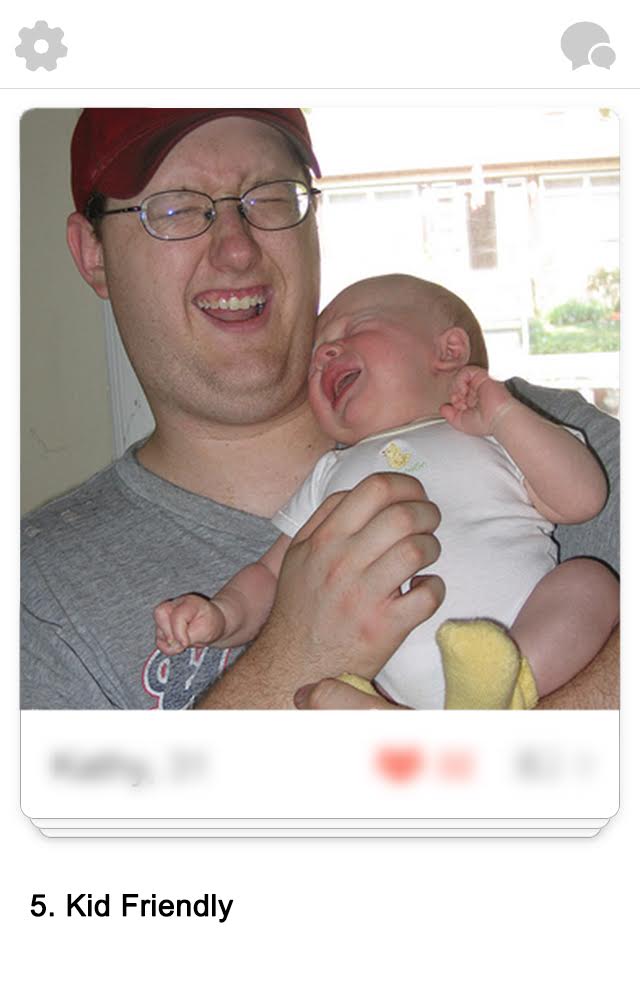 Ok we get it you’re cool with kids. This guy is either really ready to settle down or he’s just brazenly co-opting cuteness. It’s uncertain if the youngins he’s cuddled next to are his or borrowed assets. He’s not afraid to make silly faces nor show a face of ernest proportions. If you don’t fancy his pedigree you may have a “big brother” to assist you in child care. 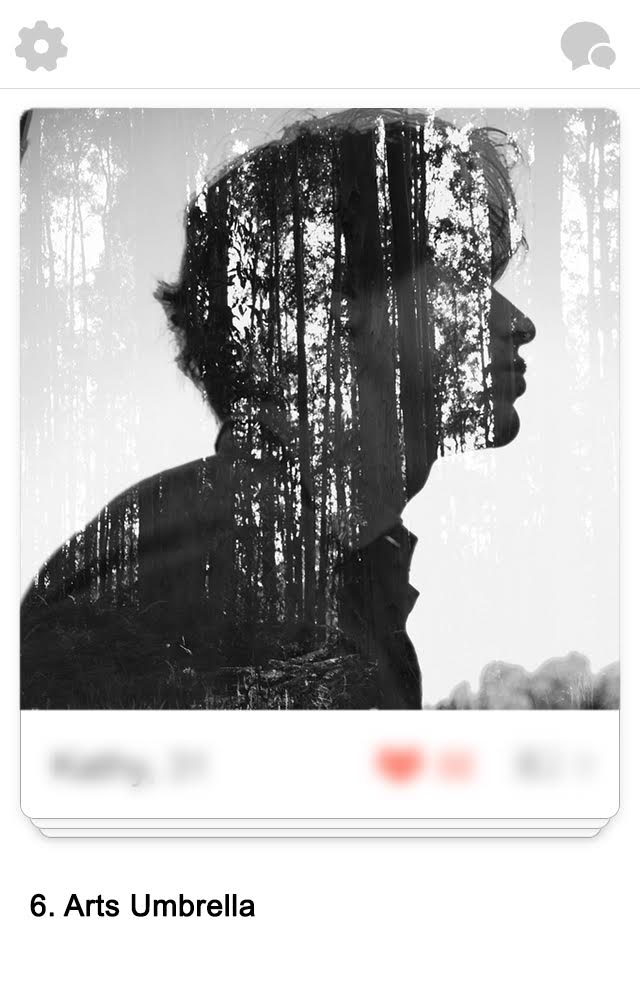 He might as well link his profile to his tumblr account to fully capture all his art and cultural references. Most of the image support is anchored with a stoic finish. They’ll be no colour allowed in any photos and usually one pic that is distorted and undistinguishable is present. The whole showcase is Kinfolk mag ready and nothing is shot without extreme consideration. 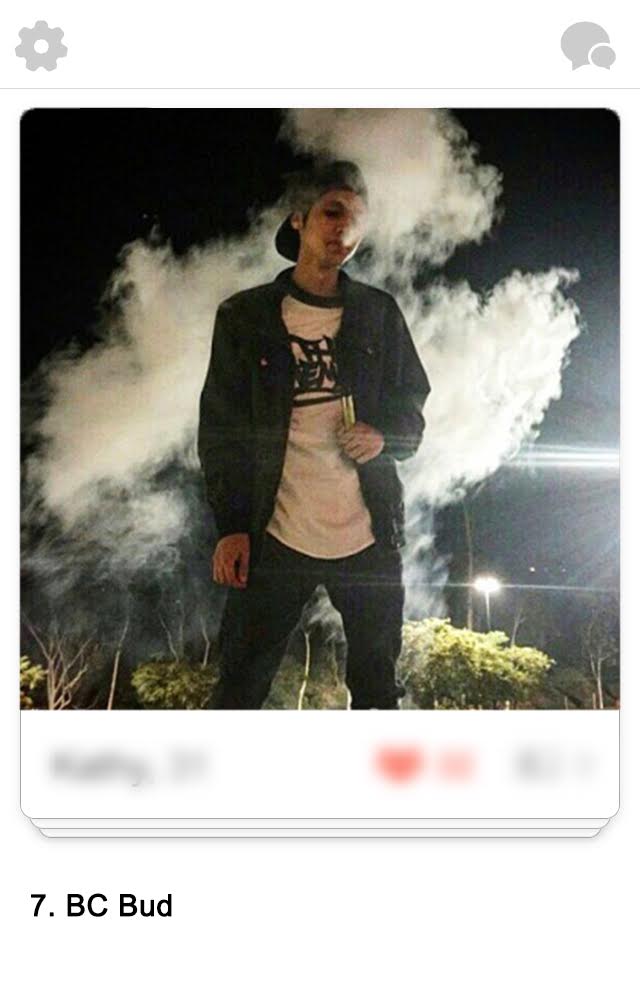 Smoke fills the frame. He still bumps The Chronic and is still bummed that Lil B got kicked out of his hotel for smoking weed. He shoots with an SLR when trying to capture the crystals of his big buddha cheese strain. He has at least one poster with a cannabis leaf and the majority of his pics have him hooded or arms spread wide out saying WHAT to the universe. If you are intrigued use the salutation “High” in your message. 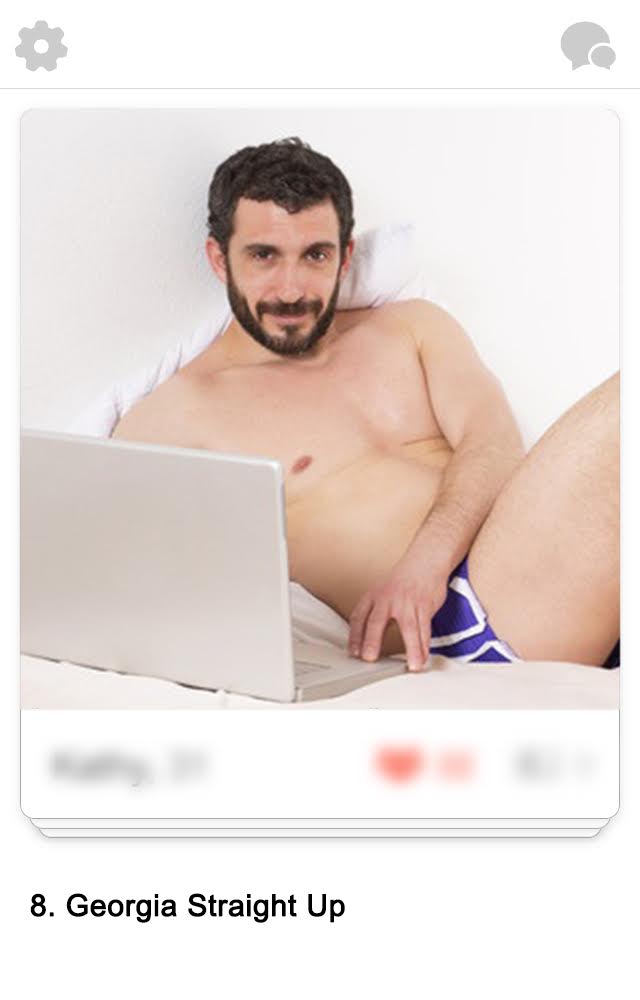 There’s no beating around the bush on this one. The chip n dale inspired montage is straight up – ya wanna get down girl? The profile description includes a list of bedroom skills and a certain dimension for good measure. Often this fella shows his true colours post match. Either way his intensions are eminent. 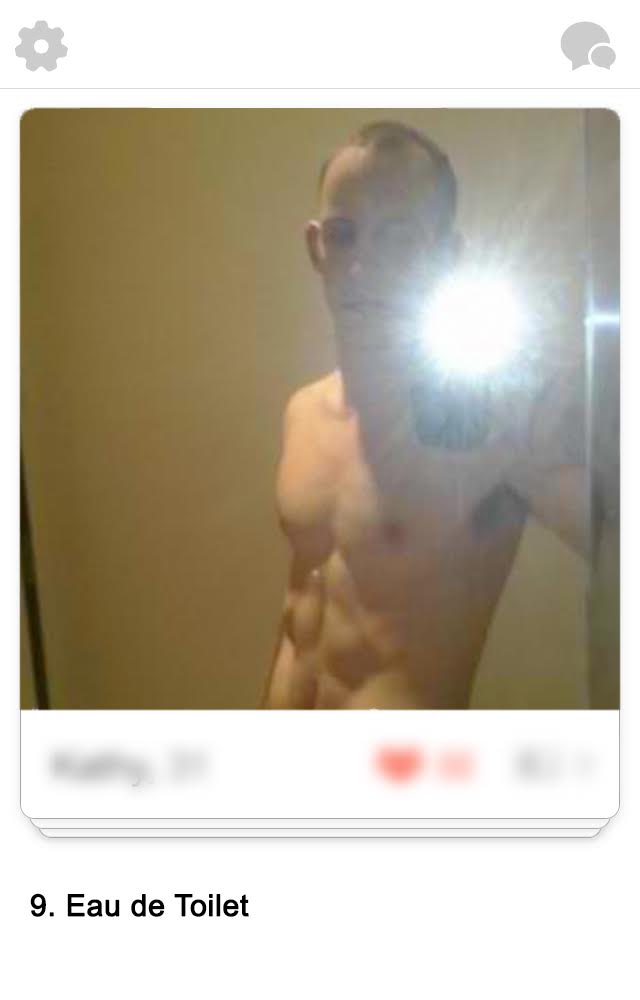 The lighting must be perfect in his bathroom because that’s where this whole photo shoot takes place. You’ll find no straight on images though plenty of shirtless poses are abound. The products laid out on the bathroom counter are a testament to his commitment to staying well groomed.