This week, a U.N. report revealed that India will be the world’s most populous country by 2022, an investigation into 2016 Summer Olympic venues in Rio De Janeiro, Brazil has found that water at the facilities is contaminated with human waste, and a famous lion living in Zimbabwe’s Hwange National Park was shot and killed by an American dentist, sparking outrage all over the world.

1. American dentist kills one of Africa’s most famous lions 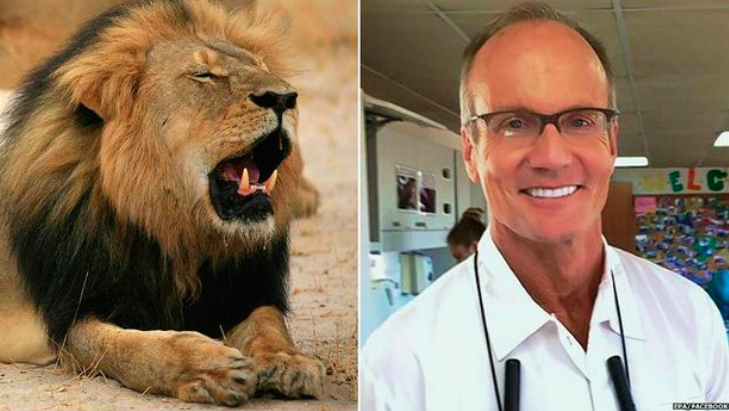 People around the world are outraged after a Minnesota dentist hunted and killed one of Africa’s most beloved lions. Walter Palmer traveled to Zimbabwe’s Hwange National Park and paid $64,000 to shoot and kill the park’s popular lion named Cecil.

Palmer and his companions used a dead animal carcass tied to a moving vehicle to lure Cecil out of the national park. The dentist then used a bow and arrow to injure the lion and proceeded to track it for 40 hours before shooting it dead with a gun.

Cecil was then skinned and beheaded. The lion’s body was found mangled next to its tracking collar, which was put on the animal because it was taking part in a long running Oxford study. Palmer tried to destroy the tracking collar so the whereabouts of Cecil could not be determined.

On Tuesday, Palmer released a statement explaining that he regretted his decision to kill Cecil but felt that his actions were legal: “I had no idea that the lion I took was a known, local favourite, was collared and part of a study until the end of the hunt. I relied on the expertise of my local professional guides to ensure a legal hunt.

After news of Cecil’s death was made public, people across the globe shared their disgust and anger towards the dentist. This is not the first time Palmer’s actions towards wild animals have gained negative attention. In 2008, Palmer pleaded guilty to false statements made to the U.S. Fish and Wildlife Service about a black bear he shot and killed in Wisconsin. U.S. officials have launched an official investigation into the death of Cecil. 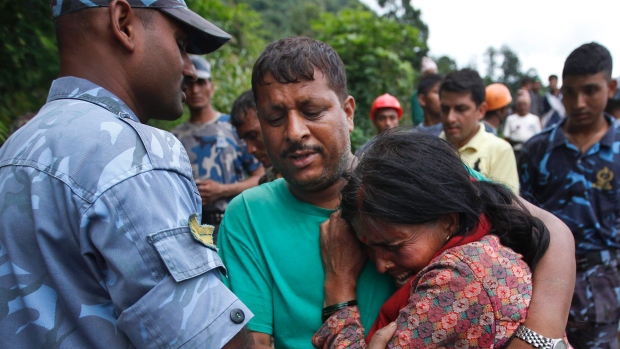 At least 30 people have been killed in several Nepalese mountain villages due to landslides caused by heavy rainfall. Rescuers pulled the bodies from the wreckage in the villages of Lumle an Dudhe. The landslides are due to intense rainfall during monsoon season in Nepal. Moreover, the deadly earthquake that hit the nation in April is believed to be responsible for triggering more landslides than usual this year.

3. Palestinian baby burned to death during extremist attack on a home in West Bank 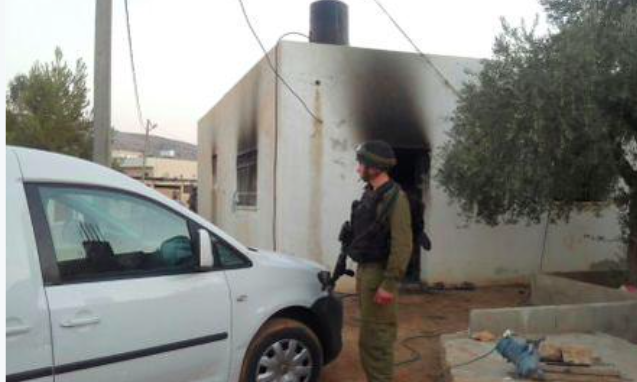 On Thursday, an 18-month-old Palestinian baby boy was killed after Israeli extremists threw firebombs into his family home in West Bank. The boy’s father, mother, and four-year-old brother were also injured in the attack.

According to Israeli news outlet Haartetz, the father was able to save the mother and the four-year-old but was not able to make it to the baby. Officials investigating the scene found the attackers spray painted the words “revenge” and “long live the Messiah” on the walls inside the home. Peter Lerner, a spokesman for the Israel Defence Forces, called the attack “a barbaric act of terrorism.” 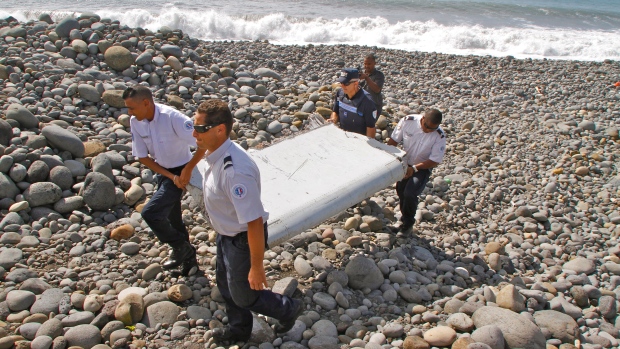 Malaysian officials are “almost certain” that aircraft debris found on Réunion Island in the Indian Ocean is from a Boeing 777 that could have been missing Malaysia Airlines Flight MH370.

The aircraft, which was carrying 239 passengers, mysteriously disappeared in March when it was flying from Kuala Lumpur to Beijing.

“It is almost certain that the flaperon is from a Boeing 777 aircraft. Our chief investigator here told me this,” Malaysian Deputy Transport Minister Abdul Aziz Kaprawi told reporters.

The search for Flight MH370 has been focused mainly around the southern Indian Ocean off Australia, which is the last known place the aircraft sent signals from. 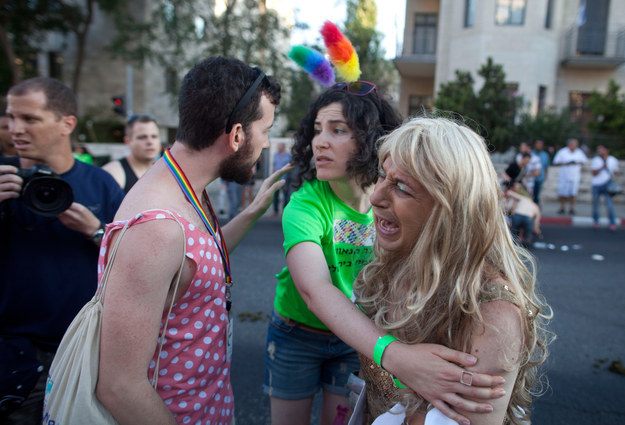 On Thursday, an ultra-Orthadox Jewish man stabbed six people at Jerusalem’s annual gay pride parade. The attacker, Yishai Schlissel, was recently released from prison after serving a sentence for stabbing people at a gay pride event in 2005.

According to Israeli emergency services, six people were wounded at the event and two of the victims were seriously hurt by the attacker. Police and emergency crews quickly arrived on the scene and Schlissel was immediately arrested and taken into custody. 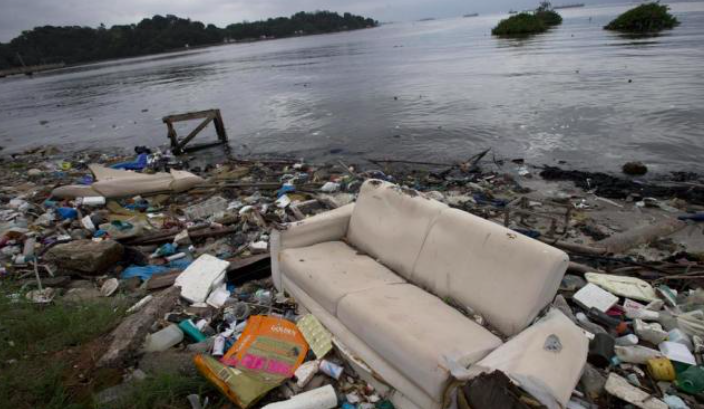 According to a recent study by the Associated Press (AP), athletes competing in next year’s Summer Olympics in Rio De Janeiro, Brazil, will be swimming and boating in waters contaminated with human waste.

The AP’s analysis of water at 2016 Olympic and Paralympic sites revealed extremely high levels of viruses and bacteria from human sewage.

“What you have there is basically raw sewage,” said John Griffith, a marine biologist who also examined the water samples for the AP study. “It’s all the water from the toilets and the showers and whatever people put down their sinks, all mixed up, and it’s going out into the beach waters. Those kinds of things would be shut down immediately if found [in the U.S.].

Brazilian officials have assured that the water in Rio will be safe for the 2016 games. 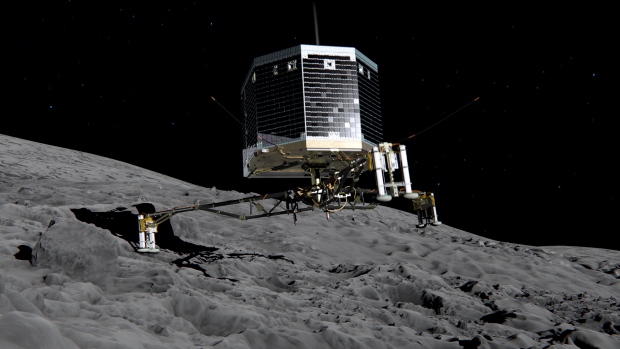 The European Space Agency has released new images and information from the comet lander Philae. Last November, Philae landed on a comet known as 67P/Churyumov-Gerasimenko after a 10-year journey through space. When Philae landed, its batteries soon ran out but it still managed to gather data and take pictures of the comet.

“The experiments conducted on site have led to new and, at times, unexpected insights into the nature of the comet,” Ekkehard Kuehrt, a planetary researcher at the German Aerospace Center, said in a statement.

Philae has found 16 organic compounds on the comet, which have never been detected  before.

“Either way, it seems that comets are pretty good places to find the building blocks of molecules which later on could be used for life, ” said Mark McCaughrean, a senior scientific advisor at the European Space Agency. 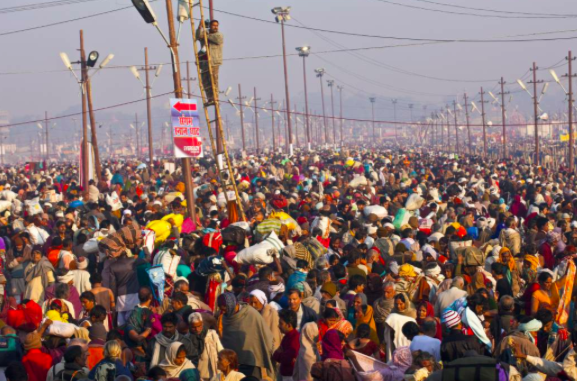 According to a U.N. report, India will become the world’s most populous nation by 2022.

Currently, China is the world’s most populated nation with 1.38 billion people. However, the report suggests that India’s current population of 1.31 billion will rise to about 1.4 billion in less than 10 years.

“While the global projections should not be cause for alarm, we must recognize that the concentration of population growth in the poorest countries presents a distinct set of challenges, making it more difficult to eradicate poverty and inequality, to combat hunger and malnutrition, and to expand educational enrollment and health system,” said U.N. official John Wilmoth. 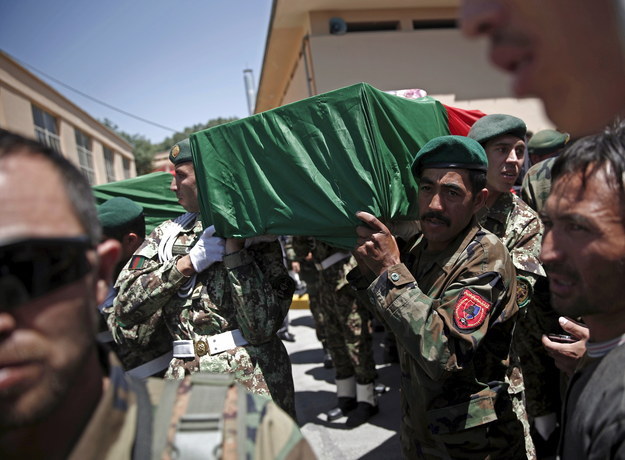 At least 21 people were killed at a wedding in Afghanistan after gunmen opened fire during a ceremony in the nation’s northern province of Baghlan. Ten other guests were injured during the celebration, which took place on Sunday evening.

“A local security official fired in the air after the verbal exchange heated up… and then both sides started trading fire,” district police chief Gulistan Qusani told reporters. All of the victims were males, and some were as young as 14-years-old.