This week, China is reconsidering its One Child Policy; “mutant daisies” have been found in Japan; a new “twin planet” very similar to Earth was discovered; and a U.N. report highlights that Canada is failing to make progress in many areas of human rights. 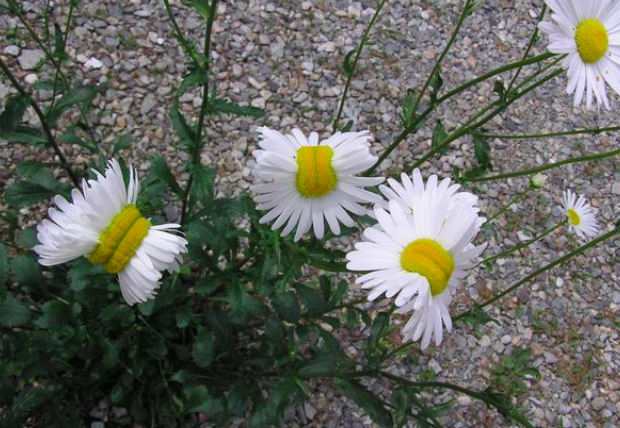 A Twitter post showing an image of “mutant daises” found near Japan’s damaged Fukushima nuclear power plant has began making rounds on the Internet this week. The power plant, which was destroyed due to a 2011 tsunami, is believed to have caused deformities in the flowers. Twitter user @san_kaido is the person responsible for the original picture, which they posted on their account a few months ago. However, the image only went viral recently and has made many people believe that the radiation from the plant is causing the deformities in the flowers.

It is not totally clear whether radiation is responsible for the “mutations” in the daisies. Jeffery J. Doyle, a professor of plant biology at Cornell University, says the strangely shaped flowers are actually quite normal. “This is a pretty common mutation in daisies that I’ve seen sporadically in various places not associated with radioactivity,” Doyle told National Geographic. However, Doyle is not disregarding the radiation from the nuclear plant as a possible reason for the deformations: “It wouldn’t surprise me to find mutations of all types, including this one, in places that have higher than average levels of mutagenic agents, such as a radioactive site or toxic waste dump.”

2. At least 32 dead after explosion in Turkish city near Syrian border 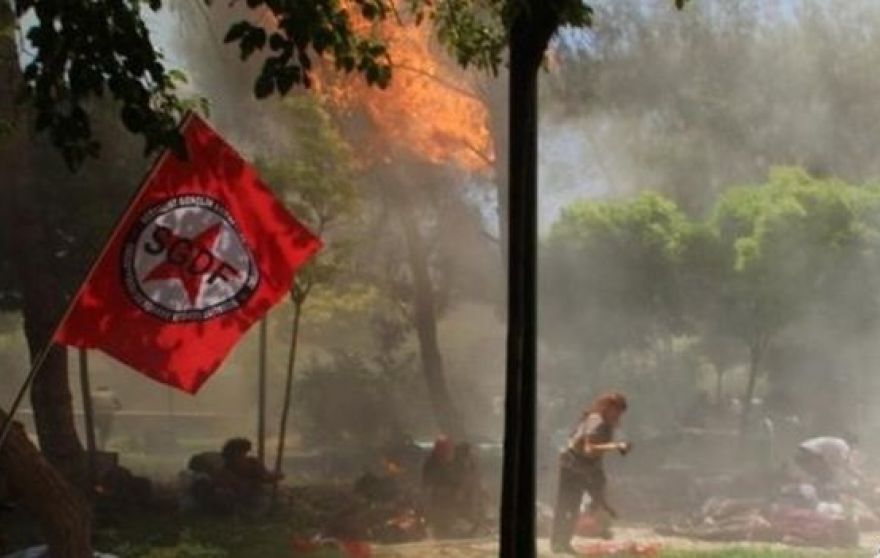 Image: The Federation of Socialist Youth Associations (SGDF) via Twitter

At least 32 people have died and an additional 100 people have been hospitalized after an explosion at a rally in the Turkish city of Suruc, which borders Syria. The incident was apparently a suicide attack, according to Turkish officials. Turkey’s Prime Minister, Ahmet Davutoglu, believes that ISIS is most likely linked to the bombing. “One suspect has been identified. All the [suspect’s] links internationally and domestically are being investigated. We expect this investigation to be concluded as soon as possible,” Davutoglu told reporters.

3. Scientists find Qur’an parchment that dates to the time of Muhammad 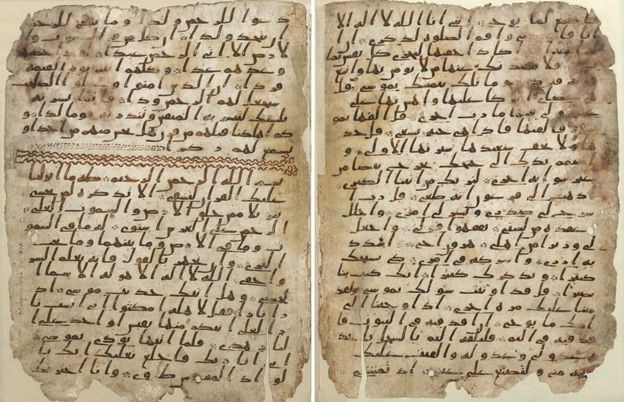 British researchers at the University of Birmingham have discovered that a Qur’an manuscript in its collection is one the oldest in history and could date to the time of the Prophet Muhammad. This means that the manuscript was written anywhere between the year 570 and 632. “This manuscript could well have been written just after [the Prophet Muhammad]. Parts of the Qur’an that are contained in those fragments are very similar indeed to the Qur’an as we have it today. This tends to support the view that the Qur’an that we now have is more or less very close indeed to the Qur’an as it was brought together in the early years of Islam,” said David Thomas, a professor of Christianity and Islam at the University of Birmingham. The manuscript is written on goat or sheepskin and has been a part of the university’s collection for years. Researchers used radiocarbon methods to analyze the ancient script. 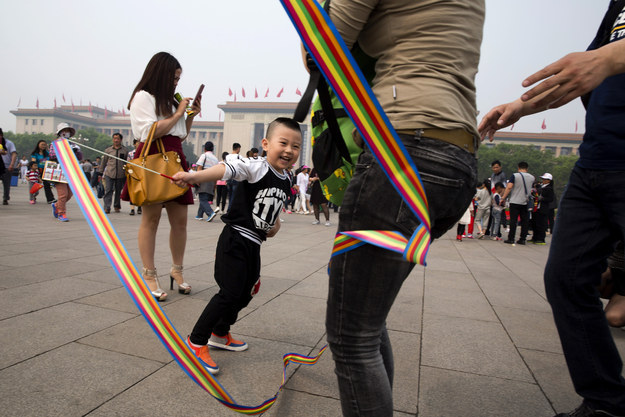 China is considering relaxing the rules on its One Child Policy. The change in the policy would allow couples in China to have a second child and could be implemented as early as next year. If the change in the current law is approved, it will be the second time China has made adjustments to the policy over the last two years. In 2013, the Chinese government decided that families could have two children if one of the parents was born as an only child. 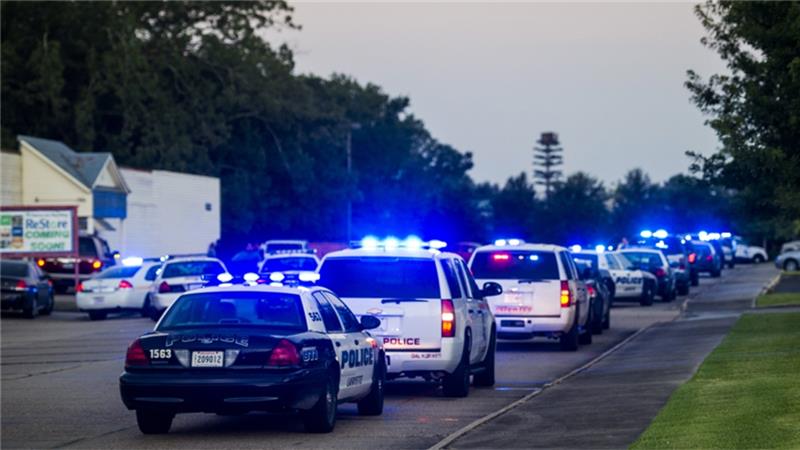 Image: The Daily Advertiser via AP

Two people have been killed and seven others have been injured after a gunman opened fire at a movie theater in Louisiana. The shooting occurred about 20 minutes into a Thursday night showing of the movie “Train Wreck” at the Grand Theatre in Lafayette, Louisiana. After shooting two people, the gunman then took his own life. The shooter was a 58-year-old man who was also a theatre patron. “We heard a loud pop we thought was a firecracker,” theatregoer Katie Domingue told reporters. According to Domingue, she remembers six shots being fired before she and her fiancé ran out of the theatre to escape. 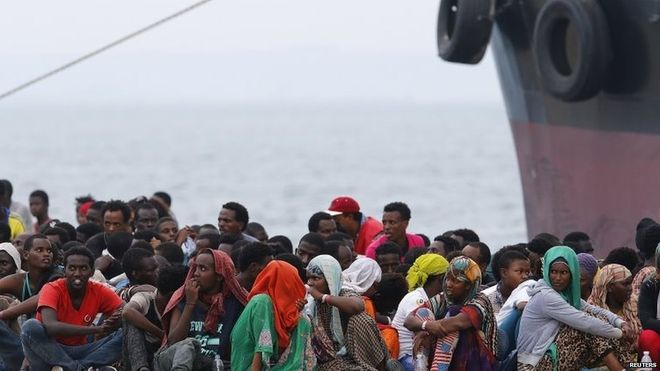 Up to 40 African migrants have reportedly drowned off the coast of Libya according to survivors. More than 120 people were on the boat when it sank on Wednesday. Many of the victims who drowned were women and children. Approximately 90 migrants were rescued from the scene and were taken to Italy following the incident. According to the U.N., more than 60,000 migrants have tried to cross to the Mediterranean from Northern Africa this year. 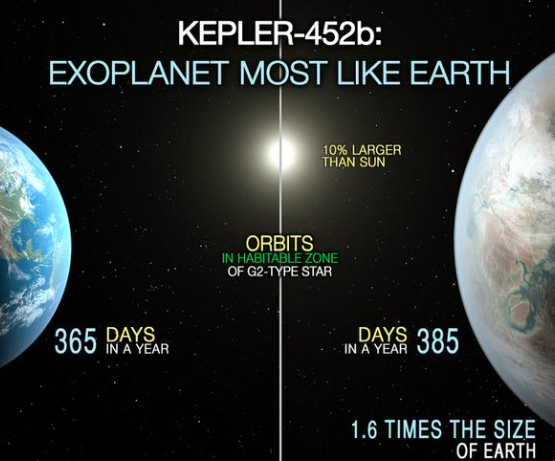 NASA has discovered a new planet outside of our solar system that it is calling the “closest twin” to Earth found to date. The planet, named Kepler 452b, was discovered using the Kepler Space Telescope. Kepler 452b is approximately 60 per cent bigger than Earth and it orbits a giant star that is similar to the sun. Scientists believe that Kepler 425b has a thicker atmosphere than Earth and very active volcanoes. “That’s substantial opportunity for life to arise, should all the necessary ingredients and conditions for life exist on this planet,” said Jon Jenkins, the Kepler data analysis lead at NASA’s Ames Research Center in California. 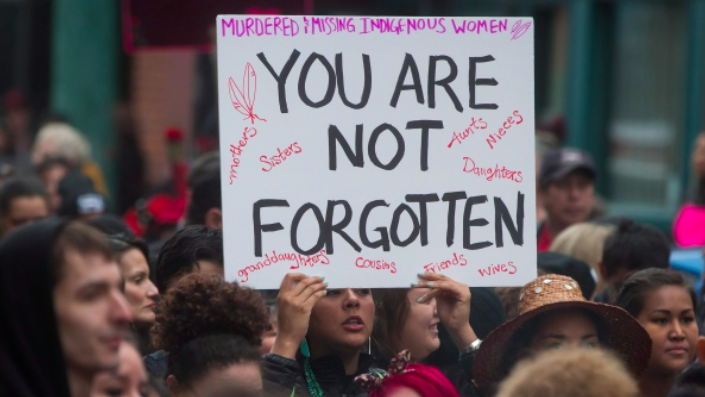 The United Nations Human Rights committee is calling out the Canadian government on failing to take action on a number of human rights issues. According to the committee’s report, Canada has an extremely poor record when it comes to dealing with missing and murdered aboriginal women and violence against women in general. The U.N. committee also called attention to other issues such as the new anti-terror law, Bill C-51. When it comes to gender equality, the committee highlights that there are still “persisting inequalities between women and men” in Canada and it recommends the government implement legislation for equal pay with a special focus on indigenous and minority women. The committee also called for a national inquiry into Canada’s missing and murdered aboriginal women. 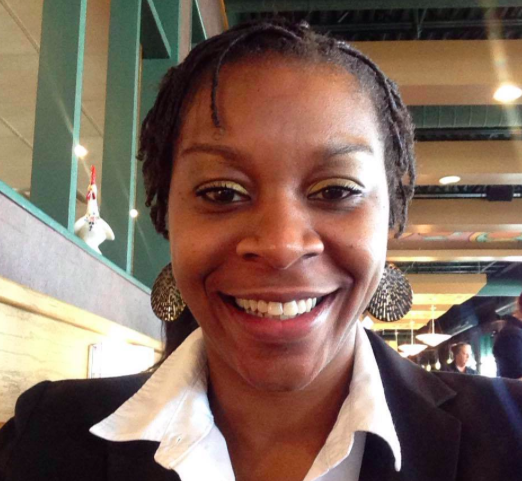 The death of an American 28-year-old black woman named Sandra Bland is sparking anger and outrage all over the U.S. Bland was on her way to a job interview when she got pulled over for a minor traffic violation. Days later, Bland was found dead in her jail cell in Waller County, Texas. An official autopsy ruled Bland’s death as a suicide. However, family and friends immediately called for an independent investigation into Bland’s death, claiming that she did not commit suicide and she was killed due to excess police force and racially motivated violence.

Supporters called for an investigation into Bland’s death and protesters held vigils wanting answers about how she died. On July 16 the FBI and the Texas Department of Public safety launched an independent investigation into the case as a possible murder. The death of Bland has added fuel to the discussion about race in America and the Black Lives Matter movement. Bland was outspoken about racial injustice against African Americans and she often voiced her opinions about the topic on various social media networks.