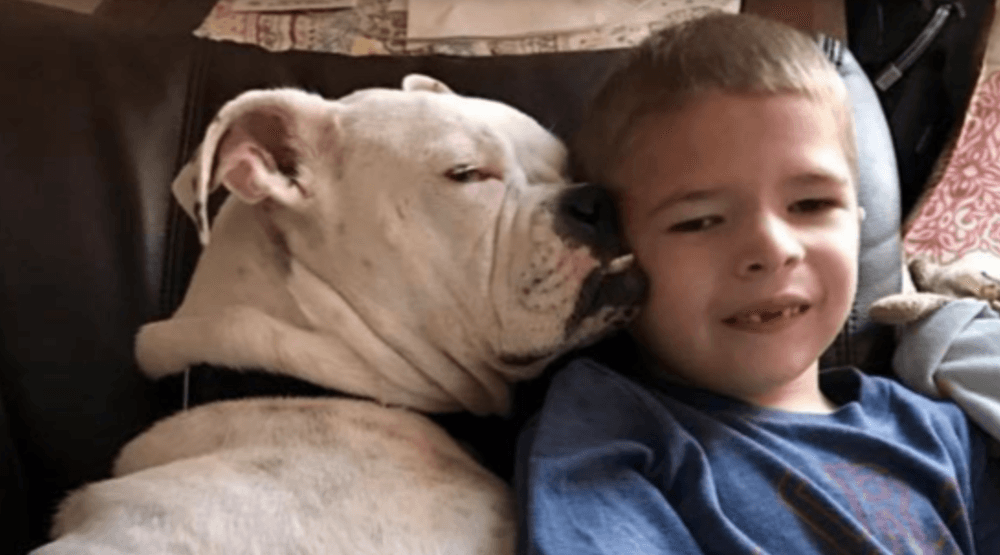 Coby, Rebecca, Marcello, and Jerry are four teens from LaSalle, Colorado,who have been shovelling snow in their neighbourhood. Little did they know, their side job would lead them to save a life. Last week, they knocked on a neighbour’s door, when they heard cries for help. The teens we not able to get in the house, but they called 911 and waited for paramedics to arrive. Emergency responders were able to get in the house and save an elderly man who had fallen and was unable to get up.

“This gentleman had been there for, we’re not sure how long, and we don’t know how long he would’ve been there had they not knocked on the door so they had a huge part in getting him help,” Zach Hill of the LaSalle Fire Department told NBC.

2. Orphaned kangaroos can’t stop hugging rescuer and each other

These little orphaned kangaroos were so excited to be adopted, that they could not stop hugging each other and their rescuer. Talk about cuteness overload!

Bruce Rutherford, 88, is a fan of knitting. The Saskatchewan man has knitted over 10,000 pairs of socks for shelters across the province and has no plans of stopping. Rutherford started knitting 10 years ago when his wife passed away. He constructed knitting machines in his home to help him get the job done, and now he knits on a daily basis to make others happy.

my sister is about to have a baby and my brother showed up to the hospital in a suit because “first impressions matter” pic.twitter.com/KtNV4mvnDU

Grant Kessler, 18, of Ohio dressed to the nines for the birth of his niece, Carter Kay. He showed up to the hospital wearing a full suit, because “first impressions matter. “When Carter’s older, I wanted her to look back and look at those pictures of the day she was born and see the like, respect and attention she was getting that day,” Grant told NBC affiliate WCMH-TV. “I think me wearing the suit was a small part of that.”

This husky has perfect pitch and it’s pretty impressive. Turn up your volume to hear this pup sing!

Why wasn’t “physical therapist for baby elephants” a booth at career day? https://t.co/Mfv1VCvtuJ

After losing part of her foot in a trap, Clear Sky became the first elephant to receive hydrotherapy treatment at an animal hospital in Thailand. Photos were taken of the therapy process and Clear Sky appears to love the water.

Non-verbal 6-year-old boy and his deaf dog are a “match made in heaven” https://t.co/Lh8GMnVq78 pic.twitter.com/ltIvqdOWZY

Six-year-old Conner Guillet is deaf and uses only sign language to communicate. Conner was born addicted to opiates and was adopted at four-weeks-old. Connor’s best friend is a 3-year-old deaf dog named Ellie. “Connor is severely delayed psychologically, physically and emotionally,” his adoptive mom, Brandi, told CBSNews. “He is nonverbal and requires speech therapy. It is unknown whether he has the ability to speak with a limited vocabulary.” Ellie was adopted near Christmastime and since then, she and Connor have been inseparable.

Instead of being frustrated, this family stuck in winter traffic decided to get out of their car and build snowmen. A good alternative to road rage.

Jeff Kramer is a neighbourhood mailman who is a fan of one dog he encounters on his route. Every morning for several years, Tashi the black lab goes outside to greet Kramer. Tashi is now 14 and is getting too old to climb the front stairs. So, Kramer decided to build a ramp for his pal. Now, they can see each other everyday, and Tashi doesn’t have to worry about taking the stairs.