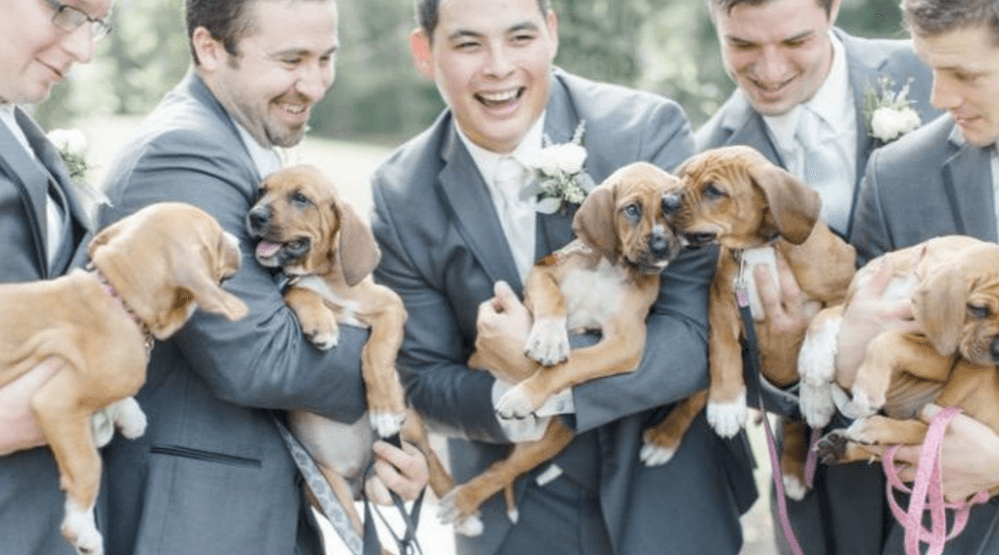 1. This man risks his life to bring  joy to kids of Aleppo

This man risks his life to bring joy to Syrian kids. They call him the toy smuggler of Aleppo. pic.twitter.com/f68bU8P9fZ

Rami Adham is risking his life to bring joy to the children of Aleppo, Syria. Known as the “toy smuggler of Aleppo”, the Finnish-Syrian father of six has made 28 trips to Syria from Helsinki in the past four years in order to give children in the war-torn country toys. “These little heroes that represent Syria’s future are to me extremely valuable to preserve, to give them a moment out of the fear and instability,” he told BBC news.

A video of a man named Ron Alston giving his three-year-old daughter Aliya a motivational speech is as cute as it is inspirational. Alston posted the clip online and it has since been shared thousands of times.

This man saw tourists mistreating a  whale shark and decided to take action. He bought the animal for $75 so he could set it free, back into the ocean where it belongs.

Facebook’s CEO Mark Zuckerberg and his wife Pricilla Chan pledged to donate over $3 billion towards a plan to “cure, prevent or manage all disease within our children’s lifetime.”

The couple will invest in a bioscience research centre, called the Biohub, and technology to create a mechanical chip that will diagnose diseases.

This is the cutest bridal party ever. Newlyweds Sarah and Matt McCrain from Elizabethtown, Pennsylvania, invited a litter of eight-week-old rescue puppies to their wedding. The puppies were from Pitties.Love.Peace, a non-profit organization committed to rescue and rehabilitation. Their entire wedding party took adorable wedding pictures with the puppies and the dogs definitely stole the show.

6. Boy who once snuck into neighbour’s yard to pet a dog now has his own

A few months ago, Josh Breaux from Lousiana made headlines when he was repeatedly caught sneaking into his neighbour, Hollie Mallet’s, yard. The footage revealed that Breaux was not trying to steal anything, but only trying to pet Mallet’s dog. The footage went viral and it turns out that Josh loved Mallet’s dog so much because he missed his own dog, Bella, who passed away last year. Now, Josh no longer has to pet his neighbour’s dog because his mom came around to getting him a Labrador puppy named Drake and the two are inseparable.

7. Officer drives grieving man 160 km to be with family

Mark Ross of Ohio was devastated when he found out that his sister was killed in a car crash over the weekend. He wanted to be with his mother as soon as possible. A friend offered to drive Ross to his mom in Detroit. The driver was rushing to get there and the two men ended up being pulled over for speeding.

At that moment, Ross’ stomach sunk because he had a warrant out for his arrest. Trooper J. Davis approached the vehicle and took the driver into custody. Ross was left stranded and burst into tears explaining he needed to get to his mom in Detroit. What happened next changed everything. Davis reached over to pray with Ross and offered to drive him to Detroit. “I am truly Greatful (sic) for this Guy. He gave me hope,” Ross wrote in a Facebook post.

Victor Ortiz is a 16-year-veteran with the New Jersey Transit Police. He was working an overnight shift and was getting ready to clock out. But things took a drastic turn when an announcement was made that a suicidal man was clinging to the tracks, refusing to move as a train was coming towards him

That is when Ortiz sprang into action. “I looked up and saw the train coming from almost a half mile away,” Ortiz said. “I saw lights coming at that point I knew that this was it” He managed to push the 300-pound man off the tracks and saved his life.

“Every life to me matters,” said Ortiz. “He put himself in harm’s way, and my job is to protect and serve,” Ortiz told CNN.

These ducklings were stuck in a drain on the runway of the Ohakea Air Force in New Zealand. Luckily, Air Force officials were close by to rescue the little guys. The Air Force crew dropped the ducks off at a nearby creek and set them free.