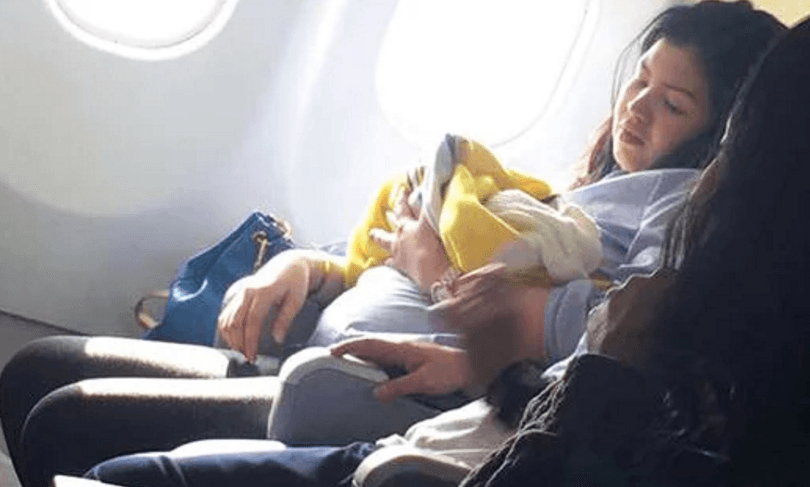 Kasey Simmons is a waiter at a Dallas-area Applebee’s restaurant, who recently got an unexcepted tip. A customer ordered a flavoured water, which only costs $0.37 but they tipped Simmons $500. A note came attached to the tip and explained why the mysterious customer left the huge amount behind. It turns out that one day earlier, Simmons was at a local grocery store. He spotted an elderly woman looking downtrodden and approached her to see what was wrong.

The older woman explained she was feeling sad and Simmons decided to pay for her groceries. The tip at the restaurant was from the woman’s daughter. In the note that came with the tip, the daughter explained her mother was sad at the grocery store because it had been the anniversary of her husband’s death. “On one of the most depressing days of the year … you made my mother’s day wonderful,” the note said. “You insisted on paying. Told her she is a very beautiful woman. I have not seen this woman smile this much since dad died.”

A lonely bear kept in a cage for seven years has finally been freed. Seven-year-old sun bear Annemarie has been living in a cage for the majority of her life in Xuan Truong district, Vietnam. Annemarie was rescued by Animals Asia and she is now living in happily with a new family. Annemarie’s rescue was such a such a big occasion that people on the streets lined up to see her after she was set free.

This man’s act of kindness for a school teacher is going viral https://t.co/CQSmQKg5p3

A good samaritan decided to pass some kindness to a teacher buying school supplies at a Walmart in San Antonio, Texas. Lester Brown spotted teacher Sabrina Drude standing at the checkout with a stack of notebooks. He had a hunch that she was purchasing them for her class and decided to pay for them with the $100 he was keeping in his pocket.

“I remember I had this hundred-dollar bill with the intention of responding to something in need, and God said to respond,” he said. Initially, Drude was not able to catch Brown’s name. But a local TV station helped her identify who he was. Brown, a pastor, says that anyone can do something to make a difference in someone’s life. “I challenge you, whatever it is you can afford, to volunteer at a school, help a family,” he said.

A gay couple in Natick was targeted by vandalism. Here’s how the neighborhood responded: https://t.co/6KAH9Wn22o pic.twitter.com/eLRCNYQX3S

Cari and Lauri Ryding of Natick, Massachusetts, have always felt welcome in their neighbourhood. After the Orlando massacre, the couple decided to fly a rainbow Pride flag on their front porch. After returning from vacation, the women discovered that someone had stolen the flag from their porch and threw eggs at their front door.

When the Ryding’s neighbours found out about the terrible incident, they decided to fully support the women by hanging up rainbow flags from their porches. A total of 40 houses put up the flags to show solidarity and acceptance. One person’s act of fear and maliciousness created such a powerful statement of love,” Laurie Ryding told the Boston Globe. “We are very blessed, very fortunate.”

Morrie Boogart of Michigan is always thinking of others. The 91-year-old has been living in an assisted living home for a while but he keeps busy by knitting hats for the homeless in his community. So far, he has knitted 8,000 hats (yes, incredible) for those less fortunate. “Why do I do it? It makes me feel good,” Boogart told CNN.

Baby Heaven is only a few days old and she is already set to travel the world. Heaven’s mother gave birth to her on board a flight from Dubai to Manilla. Two nurses on the plane helped the mother deliver the baby. Heaven is the first baby to ever be born on Cebu Pacific airlines. The CEO of Cebu Pacific announced the airline would give the baby and her mother one million air mile points as a present to celebrate.

7. Internet rallies around girl with autism to help her find new shirt

The internet has rallied around a girl with autism who has been trying to replace her favourite shirt. Ten-year-old Cami’s favourite thing to wear is a pink floral top that her mother Deborah Skouson originally purchased from Target five years ago. Skouson was able to buy larger sizes of the shirt on Ebay as Cami got older. But recently, Skouson was not able to find the shirt anywhere online and turned to Facebook for help. She wrote a post about how much Cami loved the shirt and asked anyone who had the shirt to sell it to them.

“We will pay for the shirt and the shipping if someone would be kind enough to sell it to us. It has to be this exact shirt! We’ve tried similar shirts, and they don’t cut it with Cami!” Skouson wrote in the post.

Skouson’s post quickly went viral and people from around the world have been reaching out offering to send her the shirt for Cami. Target has even said they will make the shirt in larger sizes for Cami to wear when she is an adult. “Apparently, this struck a chord in people,” Skousen told Today. “It’s been beautiful to see. The kindness that has been offered to us is overwhelming.”

8. Grandpa shows off amazing strength on the metro

Someone offered my grandpa a preferred seat for elderly people on the subway and he did this pic.twitter.com/h7QjAM5rRw

Wayne McEntire, 68, and his grandson Britton Barker were on the metro in Rio de Janeiro last week enjoying their time sightseeing during the Olympics. When a passenger on the train offered McEntire a priority seat for the elderly, the senior declined and proceeded to show off his superhuman strength instead. McEntire got up on the pole and held his body up in a horizontal line while his fellow passengers stared in awe. Evidently, age is just a number.

A hidden camera caught this very cute dog getting his teddy bear out of the machine, and we guarantee it is the cutest thing you have seen all day.