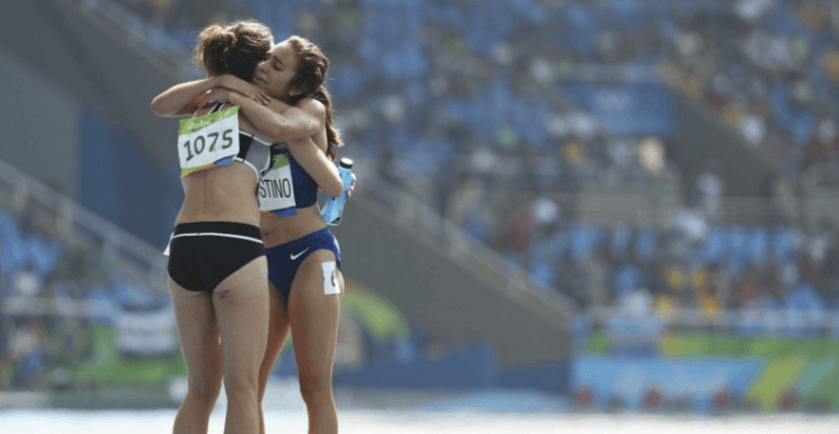 1. Dog cries with happiness after being rescued from well

A dog that fell down a well in India cried with happiness after she was rescued by staff from Animal Aid India. Video footage shows the dog, known as Ruby, being carried out of the 15-meter well and being brought to safety.

2. Teen who biked 80 km to college gets new car from kind stranger

Fred Barley, 19, was found by police sleeping in a tent outside of Gordon State College in Barnesville, Georgia. He told authorities that he had biked 80 km to get there so he could register for classes. He mentioned that he planned to stay there until school started in late August.

A stranger heard about Barely’s story and decided to do something to help. Andy Ungaro of Philadelphia works at a repair shop and donated a car to the young college student so he would not longer have to depend on his bike for transportation.

3. Squirrel with cup stuck on its head saved by six paramedics

This squirrel can breathe a sigh of relief after surviving from a dramatic ordeal. The little guy managed to get a cup stuck on its head and it took a team of six paramedics to save him. It was not an easy rescue, but luckily the squirrel is in good health after the incident. The whole thing was captured on video and it has since gone viral.

A pig that was once abused and abandoned has found a new family. Koa was found beaten with a crowbar and left to die by his previous owners in Ohio. Rescuers rushed him to a nearby animal hospital as he was suffering from serious injuries. Thankfully, Koa recovered and he also found a loving home with a new family.

World renowned Italian chef Massimo Bottura is cooking up a storm at the Olympic Games in Rio de Janeiro while also giving back to those in need. Bottura—who runs a Michelin three-star restaurant in Italy— has been using the leftover ingredients from Olympic caterers and kitchens to cook meals for Rio’s homeless. “This is a cultural project, not a charity. We want to rebuild the dignity of the people,” Bottura said.

6. Donations pour in for little boy trying to sell teddy bear for food

Donations are pouring in for a little boy who was found trying to sell his teddy bear for food. Authorities discovered the seven-year-old boy barefoot on a street in Franklin, Ohio. Officer Steve Dunham took the boy to a nearby subway to grab a meal. “(We) said a little prayer and ate dinner together,” Dunham told WLWT-TV.

Afterward, police went to the boy’s home where they found his two brothers living in filth. The children were removed from the house and put into the care of relatives. Since then, several hundred dollars worth of donations from across the U.S. have been collected for the boy and his brothers.

7. Man travels over 2 hours a day to help friend with schizophrenia train for half marathon

This young man travels for two hours a day to help a man with a mental illness train for a half marathon https://t.co/GEqWIJQcem

Ryan Harris travels over two hours every day to visit his friend Alywn Humphries, who has schizophrenia. Harris, 22, met Humphries, 49, while he was working at a care home and the two quickly became friends. Now, Harris has decided to take on a challenge with Humphries and they are training for the Cardiff Half Marathon together. “Why can’t we give back and show him that through love and exercise, he is just the same as me and you?” Harris told Metro UK.

Ethiopian swimmer Robel Kiros Habte finished dead last out of 59 competitors in the 100-meter freestyle heats at the Rio Olympic Games. His performance and physique has made him the butt of many jokes on social media. But Habte has not let that deter him from keeping a positive mindset. “I am so happy because it is my first competition in the Olympics,” he told Reuters. “So thanks for God.”

He may not be the fastest swimmer, but he is certainly an example of not giving up on your dreams.

9. Olympic runners help each other finish race after colliding

Long-distance runners Nikki Hamblin of New Zealand and Abbey D’Agostino of the U.S. were racing against each other in the 5,000-meter race on Tuesday at the Olympic Games in Rio. With 1.6 km left to go in the race, the women collided into each another, resulting in a bad leg injury for D’Agostino. Hamblin refused to leave D’Agostino behind and the two slowly finished the race together. “Everyone wants to win and everyone wants a medal. But as disappointing as this experience is for myself and for Abbey, there’s so much more to this than a medal,” Hamblin said. Talk about true Olympic spirit.