That’s why every Wednesday, we bring you a roundup of some of the biggest news stories about good things that happened around the world to help brighten your day.
Here are nine positive things that happened last week that you should know about (in no particular order):

1. Woman with down syndrome overcomes obstacles and establishes successful business

Emma Lynam has Down Syndrome and cannot read or write. Emma’s mother, Jo Lynam, was worried that she would not be able to find a job because she lacked basic communication skills.

However, one day, Emma came up with her own business plan and decided to open up her own document shredder shop. She made her vision a reality – she has since opened her own shredding shop in north Queensland, Australia.

The fact that Emma cannot read or write actually benefits her because companies trust her to shred their private documents.

2. Florida fire fighters save man’s life and then help with his yard work 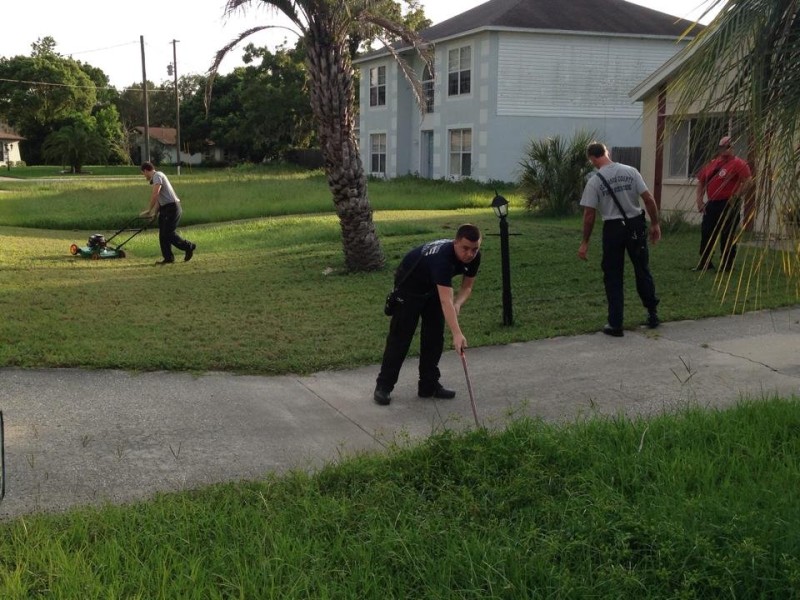 Firefighters in Spring Hill, Florida went above and beyond the call of duty to help a man suffering from a heart attack. Ralph McCrory was mowing his front lawn when he experienced intense chest pains. His wife immediately called 911 and the firefighters responded.

While McCrory was undergoing tests at the hospital, the firefighters returned to McCrory’s home and cut the rest of his lawn and cleaned up his yard. A neighbour caught the act of kindness on camera and the community has praised the firefighters for their actions.

Aslan, a 17-year-old refugee from Syria, was forced to leave his war-torn hometown of Damascus and travel to Greece. On his journey, he brought with him a small backpack with his belongings and his Husky puppy named Rose. Aslan has been carrying Rose the entire way on his 500 kilometer journey. The puppy keeps Aslan company in good spirits during a time where so many refugees are experiencing hardship.

4. Instead of using his birthday money for himself, this 9-year-old has been donating it to charitable causes for the past four years

Ethan Flint is very excited to turn nine years old, but he won’t be getting any presents. For the past few years, Ethan has opted out of receiving gifts, and has been donating to charitable causes instead.

This year, Ethan will pass on his birthday money to the St. Paul Minnesota K9 Foundation. Ethan’s $1,290 donation will be used to buy bulletproof vests for police dogs that desperately need new equipment.

5. Dancing assistant principal brightens the day of staff and students

Each morning, Gary Logan dances outside Woodrow Elementary School in Arkansas. It may seem like a strange thing to do, but Logan, who is the school’s assistant principal, is a hit amongst parents, staff and students. For kids, an early start to the school day is not always fun, but Logan’s dance moves instantly brighten up their morning.

Logan dances to different songs every day and students and teachers often join in on the fun.

6. Little boy’s dreams come true when he gets to deliver mail with his neighbourhood postman

Carter Lawson is a four-year-old little boy from Knoxville, Tennessee who loves everything and anything about mail. For the past nine months, Carter’s dream to become a mailman has come true.

The preschooler and a neighborhood mailman, Mike Crenshaw, have been delivering mail together for a few minutes every day.

Carter puts on his mini postman’s uniform and waits for ‘Mailman Mike’. They walk hand in hand down the street, tucking letters into mailboxes. For Carter, delivering mail with Mike is the best part of his day. Mike feels the same way about Carter. “He’s the end of my day, and the best part of my day. Not just because it’s the end, because he’s such a cute little guy,” the mailman told KSDK.

A Detroit lawyer made sure that every child in the city’s elementary public school system has a backpack full of supplies to start the new school year.

Mike Morse and his law firm invested $250,000 to purchase 23,000 backpacks and filled them with school supplies for students in grades K to 5. The backpacks were given to every student at all 65 of Detroit’s public elementary schools. “It teaches them that people out there in the community care about them… I hope I can do more next year,” Morse said.

8. Six-year-old girl asks her mom to be friends with her dad and gives advice beyond her years

Kids say the darndest things, but sometimes, they also say the smartest things. Watch six-year-old Tiana give her mother advice beyond her years about how to get along with her dad. Tiana’s parents are divorced, and the little girl just wants everyone to get along.

Howard, 92, was visiting his 93-year-old wife, Laura, during her final days in a hospice facility. He came to terms with the fact his wife would soon pass away, so he decided to serenade her with their favourite love song.

A video of the beautiful moment was posted on YouTube by the couple’s granddaughter and it has since gone viral. This video serves as a reminder of just how powerful love is, no matter the circumstance.