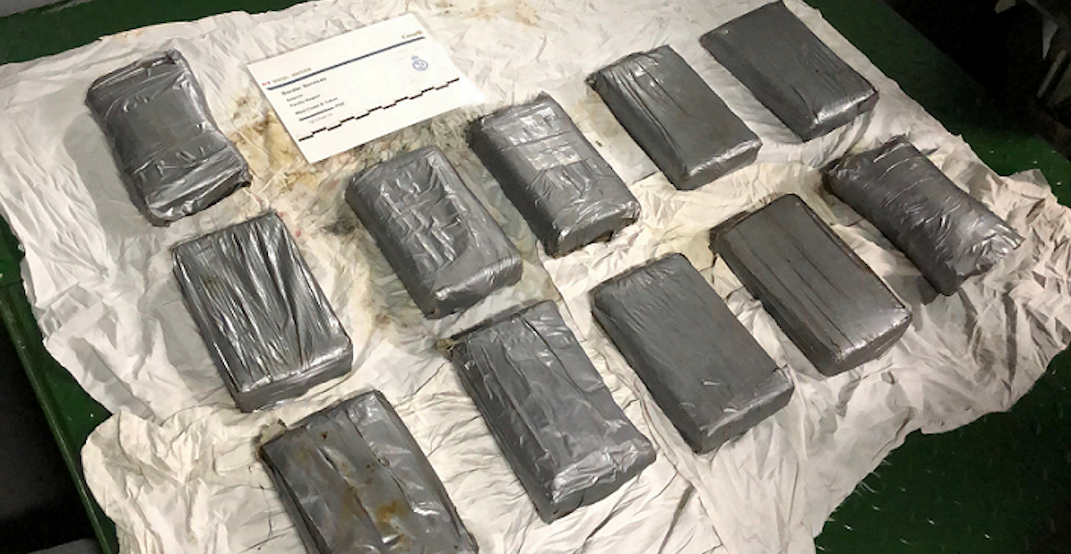 Border officials along with BC RCMP announced Tuesday that they seized $875,000 worth of “suspected cocaine” on a commercial vessel in June.

According to the Canada Border Services Agency (CBSA) and the BC RCMP, a commercial vessel that arrived in Victoria on June 2 was examined by officials upon it’s arrival.

The following day, the RCMP Vancouver Island Dive Team conducted a diver operation beneath the waterline of the vessel, where they found evidence of tampering, which led them to believe that there had been more drugs on that ship that were retrieved underwater before law enforcement’s intervention.

Officers say no further narcotics were discovered on board.

“The ship was conducting legitimate business, travelling between South America, Europe, the Caribbean and the United States, before arriving in BC waters,” says the release.

A team from the RCMP Shiprider Program attended the scene and took charge of the investigation.

“The RCMP and CBSA are keeping up with concealment methods for illicit contraband, continually adapting to new trends,” said Superintendent Bert Ferreira, officer in charge of the BC RCMP Border Integrity Program.

“Sharing best practices and good communication provide us with great intelligence so we can keep disrupting the activities of Organized Crime groups.”

No arrests were made and no charges have been laid.