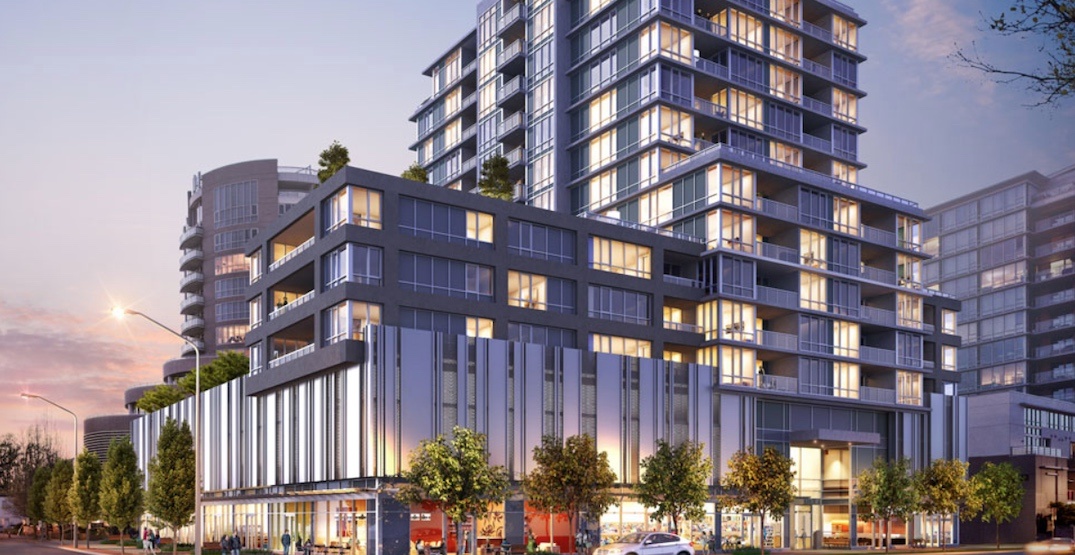 There is much uncertainty over the future of Alfa, a 15-storey mixed-use tower in Richmond’s city centre, after the developer cancelled all of its residential pre-sale contracts and the primary construction contractor cancelled its work on the project.

Anderson Square Holdings (ADH) is behind the under-construction redevelopment at 8151 Anderson Road — the northwest corner of the intersection of Anderson Road and Buswell Street, just one block east from CF Richmond Centre shopping mall. 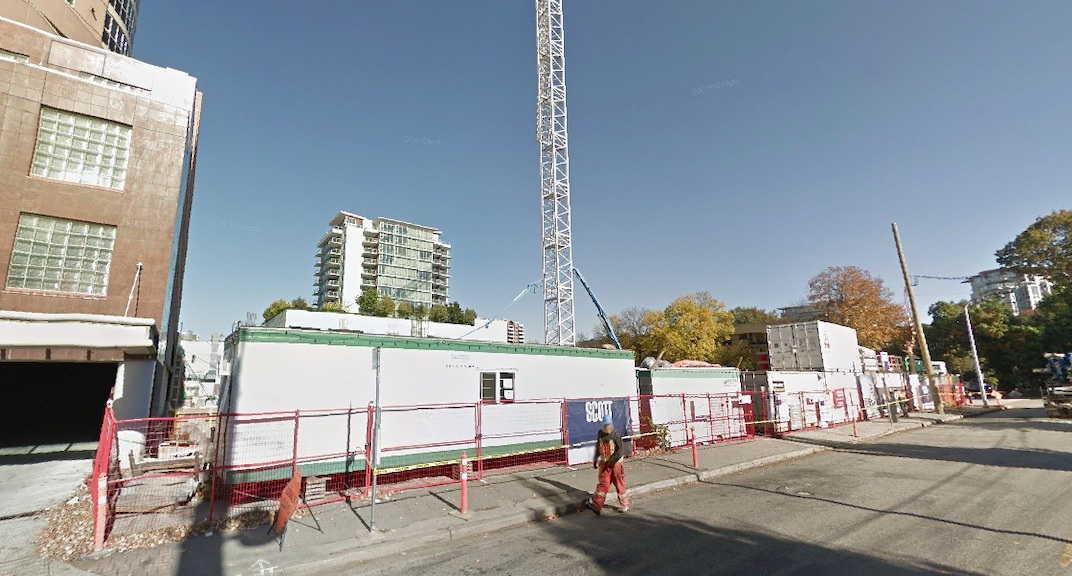 In an emailed statement to Daily Hive, Scott Construction Group (SCG), a major construction management and general contracting services company, confirmed that it had quit its role as the primary construction contractor for the project.

The company says this was in response to ADH’s move last month, when it sent letters to its pre-sale contract holders informing them that it was unable to obtain the necessary funding to finance construction costs, and as a result, had to cancel its pre-sale contracts.

“Scott Construction became increasingly concerned the developer wouldn’t have the funds to pay our subcontractors and Scott for the construction,” reads the statement.

“Unfortunately, Anderson Square Holdings couldn’t demonstrate to us they had secured reasonable evidence of financial arrangements to fulfill their obligations under the contract. As a result, we have terminated our contract with the client.” 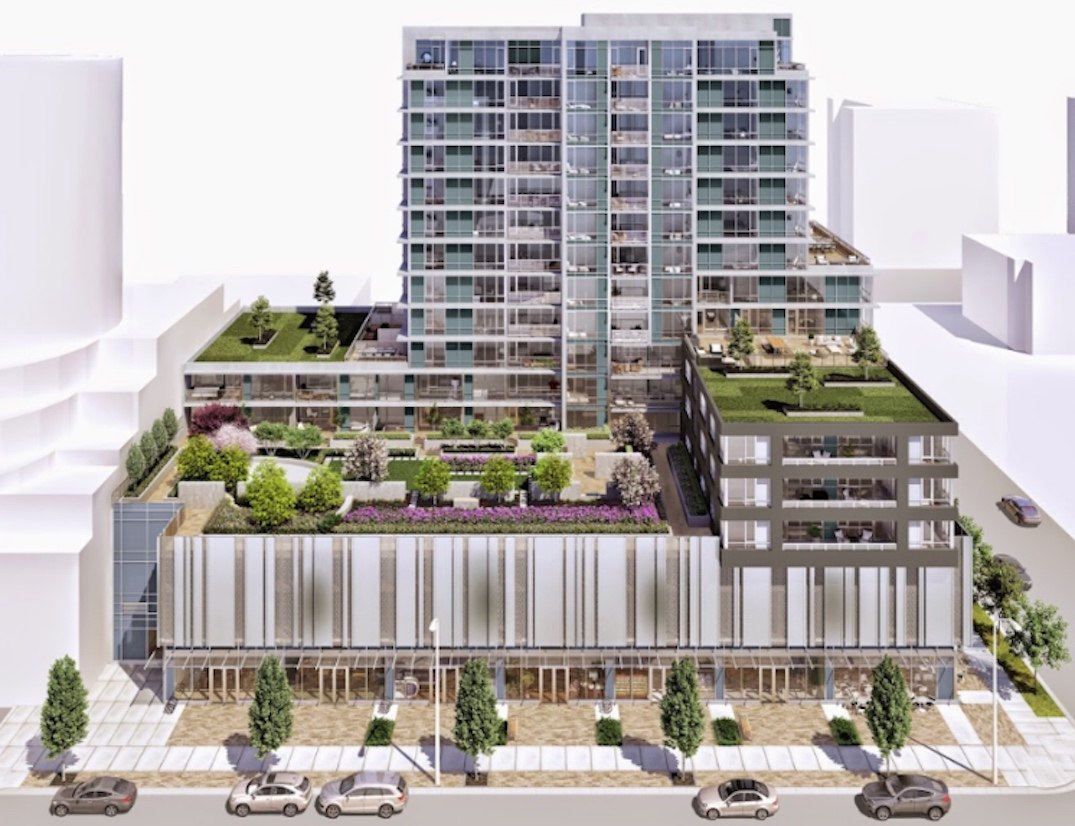 SCH officially pulled out last week, saying they wanted to ensure their “trusted subcontractor partners have as much certainty as possible to ensure they will be paid for the work they perform.”

“As a result, we needed to let them know they can stop work and start making plans to get other projects… We value our relationships with our clients and we hope we can resolve this quickly and fairly.”

Originally slated for a 2018 completion, Alfa is far behind schedule; as of early this month, the concrete and steel skeleton of the building has reached half of its ultimate height, with concrete poured for the floor plates of the eighth floor.

The redevelopment entails three levels of parking and approximately 12,000 sq. ft. of retail and restaurant space within the lower floors, and about 110 homes within the upper levels. It also features a geoexchange heating and cooling system and green roofs.

With financial institutions and creditors — the entities that provide construction financing — increasingly becoming more risk-averse amidst Metro Vancouver’s depressed housing market and with continued rapid cost escalation of construction materials, labour, and equipment, there could potentially be more of these situations in the near future, particularly with smaller developers.

While the condominium market has taken a dive, rental housing, office, and industrial developments continue to see immense confidence from construction financiers and developers due to extraordinary demand for each sector. 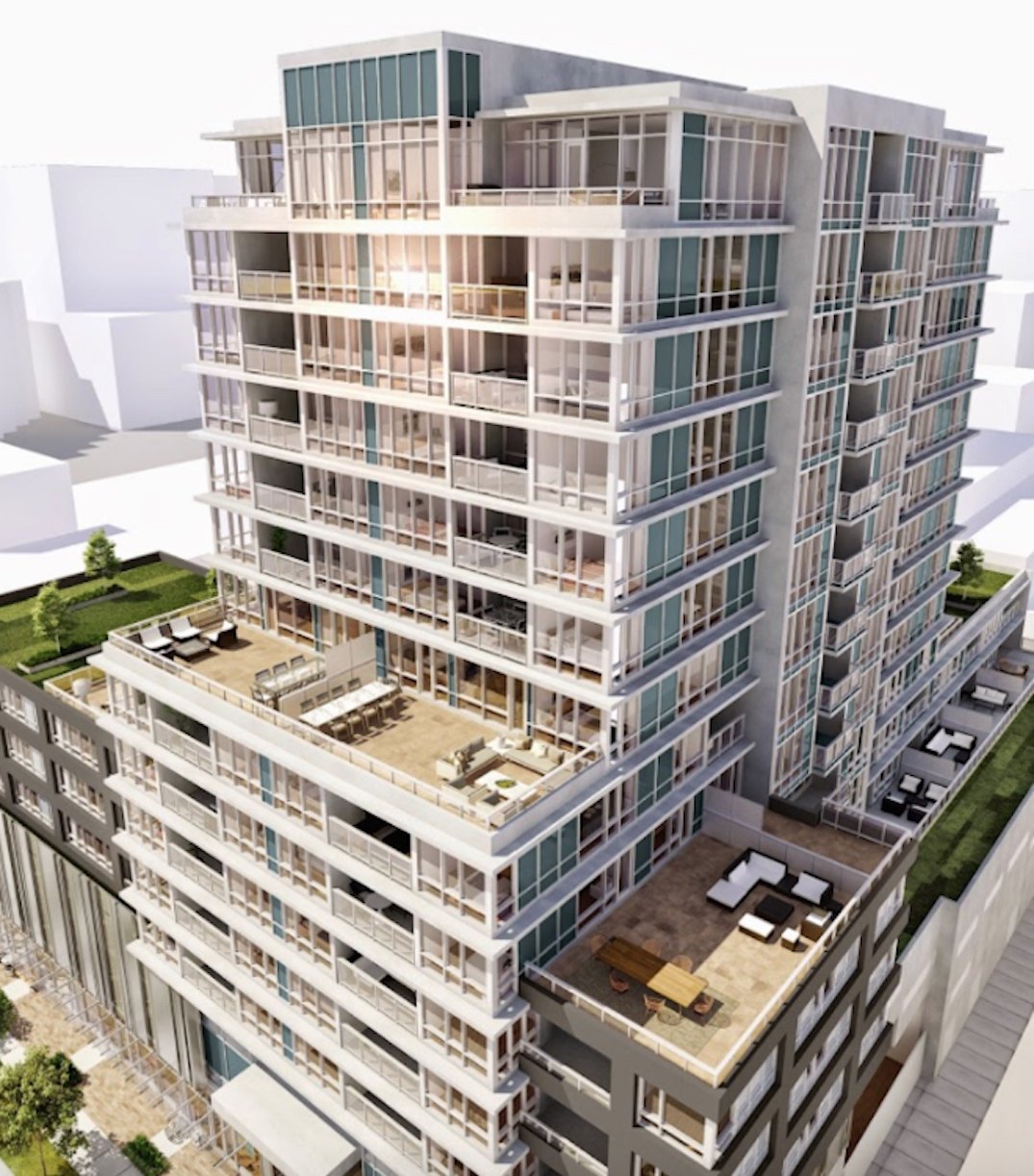