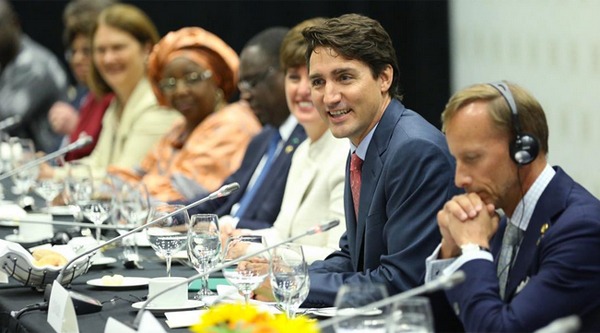 Last month, we reported that 65% of Canadians approve of our new PM after one year in office.

And now, a newly released Ipsos poll proclaims the honeymoon isn’t over.

The performance of the Liberal government under the leadership of Justin Trudeau has met the approval of 64% of Canadians in its first year.

But numbers are particularly staggering among those aged 18 to 34 (aka Millennials), where 78% per cent of respondents approve of the current government’s job.

Key findings from the poll are as follows:

By comparison, six months into the Harper government’s rule only 46% of Canadians “felt that the majority government was working well.” By the end of 2014, that number had shrivelled to just 37%.

Say what you want about Trudeau, but he definitely seems to know how to stay popular.