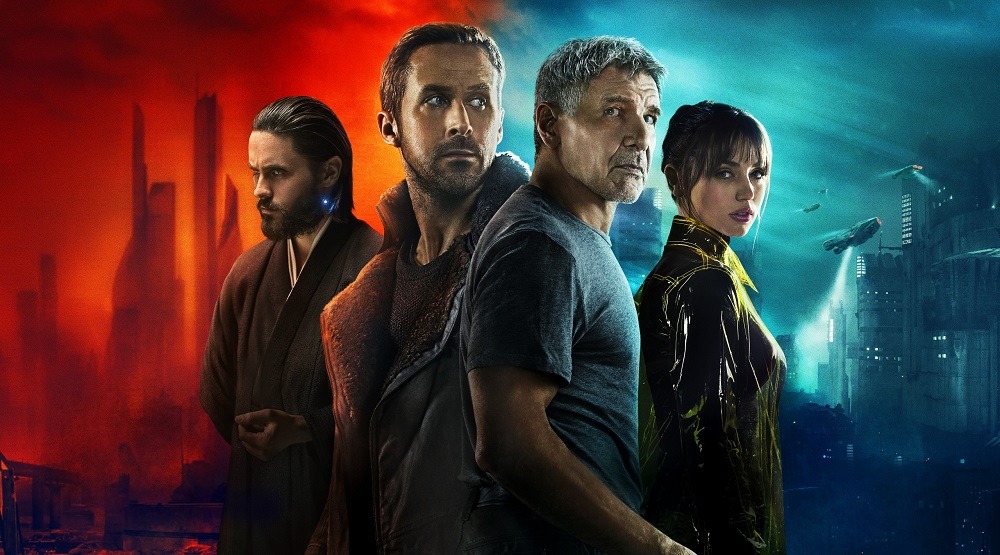 Gritty thrillers lead the way when it comes to new movies in October.

Up first, the hotly-anticipated Blade Runner sequel from acclaimed Canadian director Denis Villeneuve. Then, Jackie Chan goes on a vengeful quest for justice in The Foreigner. Things also get political as Liam Neeson plays one of the world’s most famous real-life whistleblowers.

Just in time for Halloween, a serving of cinematic spookiness comes in the form of Happy Death Day plus two new flicks about several of the horror genre’s most famous villains.

And if those don’t tickle your fancy you can always catch the My Little Pony gang in their latest big screen adventure!

Here’s a look at some titles coming to theatres this month.

Ridley Scott’s seminal 1982 science-fiction masterpiece gets the sequel treatment in one of the year’s most anticipated films. Set in 2049, Ryan Gosling plays an LAPD officer who tracks down a former blade runner (Harrison Ford reprising his original role) to solve a mystery that could plunge what’s left of society into chaos.

The Mountain Between Us

Imagine being stuck on a mountain with Idris Elba. It might seem like heaven to some but it’s actually a harrowing scenario that Kate Winslet endures in this gritty survival drama.

Following a plane crash on a remote snow-covered mountain, two strangers must battle the icy elements while possibly forging a romance. Ya gotta stay warm somehow, right? The film is based on the 2011 novel by Charles Martin and directed by Academy Award nominee Hany Abu-Assad (Paradise Now, Omar).

My Little Pony: The Movie

Bronies Unite! The beloved My Little Pony franchise heads to the big screen once again (there was a forgettable theatrical release in 1986). This latest full-length animated feature, based on the TV series and massively successful toy line, follows a group of ponies who band together and journey beyond Equestria to save their home from a dark force.

Picture the ass-kicking skills of Jackie Chan mixed with the plot of Taken and you’re left with something similar to this action thriller. The veteran martial arts superstar plays a London businessman with a haunted past who seeks vengeful justice after his daughter is killed in a terrorist attack. A cat-and-mouse game ensues with a government official (Pierce Brosnan) who may hold clues to the killers’ identities.

The flick was adapted from the 1992 book called ‘The Chinaman’ and directed by Casino Royale-helmer Martin Campbell.

Mark Felt: The Man Who Brought Down the White House

Felt’s true identity was kept secret for over 30 years until the man himself shockingly revealed the truth in 2005. The unbelievable saga was also depicted, from the journalists’ point of view, in the 1976 classic All the President’s Men with Robert Redford and Dustin Hoffman.

Groundhog Day mixes with a horror twist in this new slasher flick. A college student (Jessica Rothe) keeps reliving her death until she discovers who tried to kill her at her birthday party. She is murdered at the end of each day by a masked serial killer. Right after dying she repeatedly wakes up in the morning with a full memory of what happened!

Blumhouse Productions, the studio that brought us films like Split, Get Out, and Whiplash, is behind the movie.

One of the horror genre’s most notorious villains gets a disturbing origin story in this chilling chapter. Leatherface first appeared in 1974’s groundbreaking The Texas Chain Saw Massacre. This prequel, set years before the original, follows a disturbed teen who goes on a violent road trip from hell to become the iconic character.

The flick stars Stephen Dorff, Lili Taylor, and British actor Sam Strike in the title role. Fun fact: this is the eighth movie in the long-running series.

Think you’re done with the Saw movies? Think again! In this eighth instalment (shot mainly in Toronto) of the frightening franchise, set a decade after the apparent death of psychotic killer Jigsaw, bodies start piling up again and all signs point to him as the culprit.