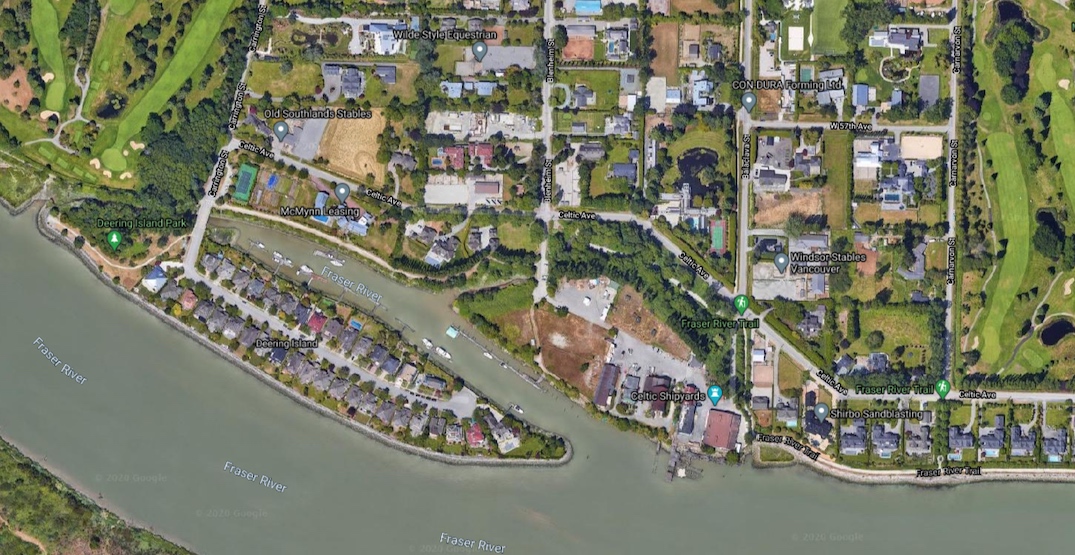 Vancouver City Council is set to consider a proposal for the residential subdivision of a largely undeveloped eight-acre lot on the Fraser River’s banks in the Southlands neighbourhood.

As the site is within the agricultural land reserve, the proposal was submitted to the provincial government’s Agricultural Land Commission, which has a process that requires input from the local government and a city council-approved rezoning application.

In exchange for the subdivision, they will dedicate 2.4 acres for public benefits such as dedicating public green space adjacent to the Celtic Shipyard Workshop building — the last remaining historic ship repair building in the city — and creating a four-metre-wide public riverfront pathway.

The site is a former cannery and currently has a residence, shipyards workshop, unused horse yards, three warehouses with local businesses and artists, and a marina. 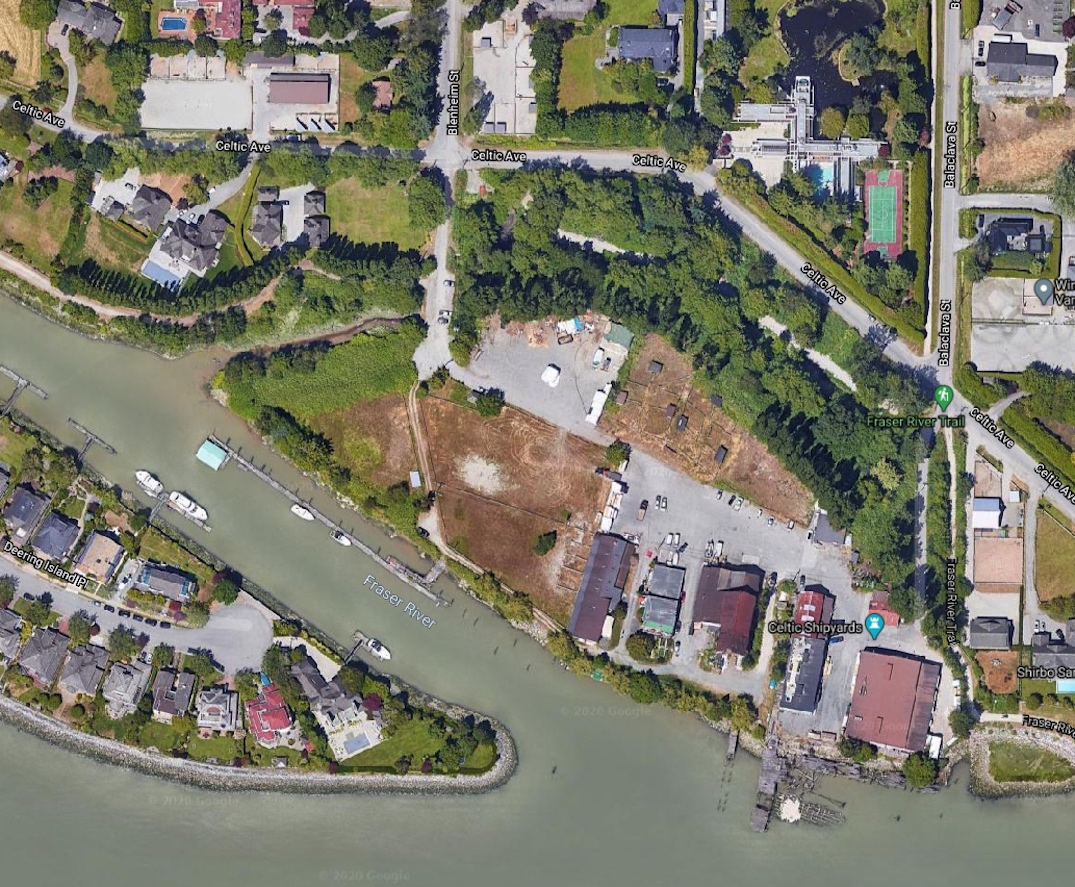 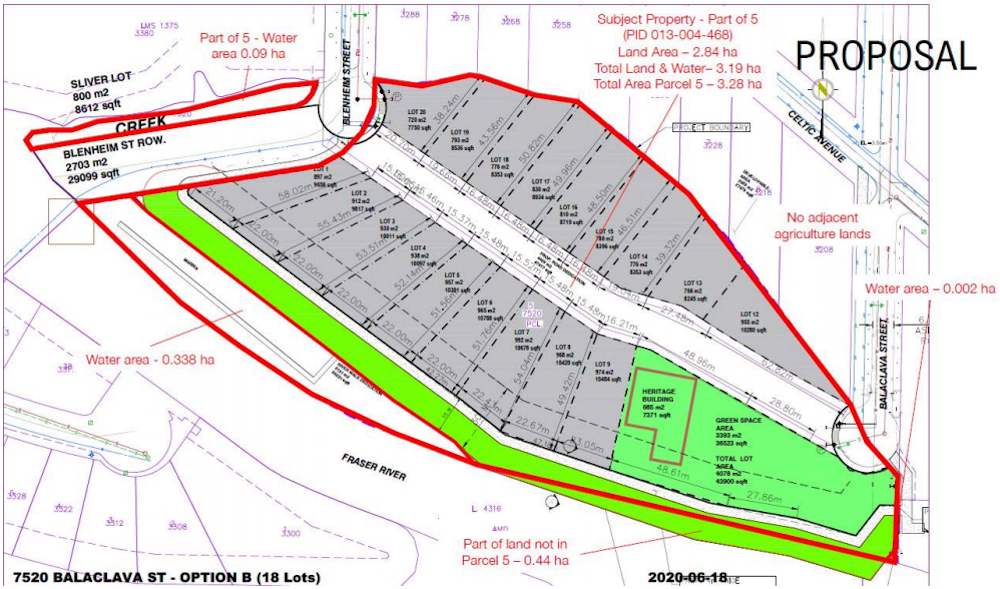 However, city staff are recommending city council to not approve the subdivision, as the proposed lot sizes do not meet the minimum size requirements in the RA-1 district zoning allowing semi-rural uses and single-detached houses in limited agricultural areas. There is also no rezoning policy in place that enables the proposal’s land uses.

Current zoning permits a single-detached dwelling or additional infill one-family dwellings on lots that are at least 97,952 sq. ft. (2.5 acres) in size, which would result in three lots on this property.

Other concerns relate to the site’s location within the river’s floodplain, and various potential environmental issues.

City staff state the community plan for the Southlands has not been reviewed and updated since it was approved in 1988. 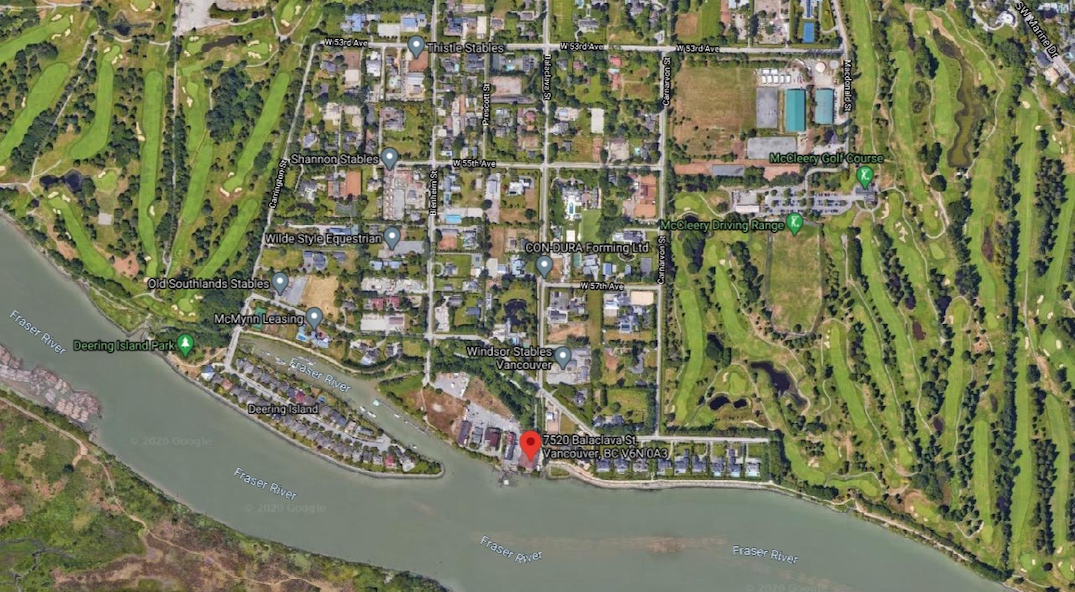 Just to the southwest, the 37 single-detached homes on Deering Island were permitted after it was subdivided in the early 1990s and zoned RS-1 one family dwelling district. To the east, there are 12 lots at 2908-3188 Celtic Avenue developed with single-detached houses, made possible by rezoning in 2005 from RA-1 to CD-1 comprehensive development district.

This portion of the Southlands is wedged by Musqueam Golf Course to the west, Marine Drive to the north, McCleery Golf Course to the east, and the river to the south. The area is comprised of large lots with luxury homes, many with their own equestrian facilities and horse barns.