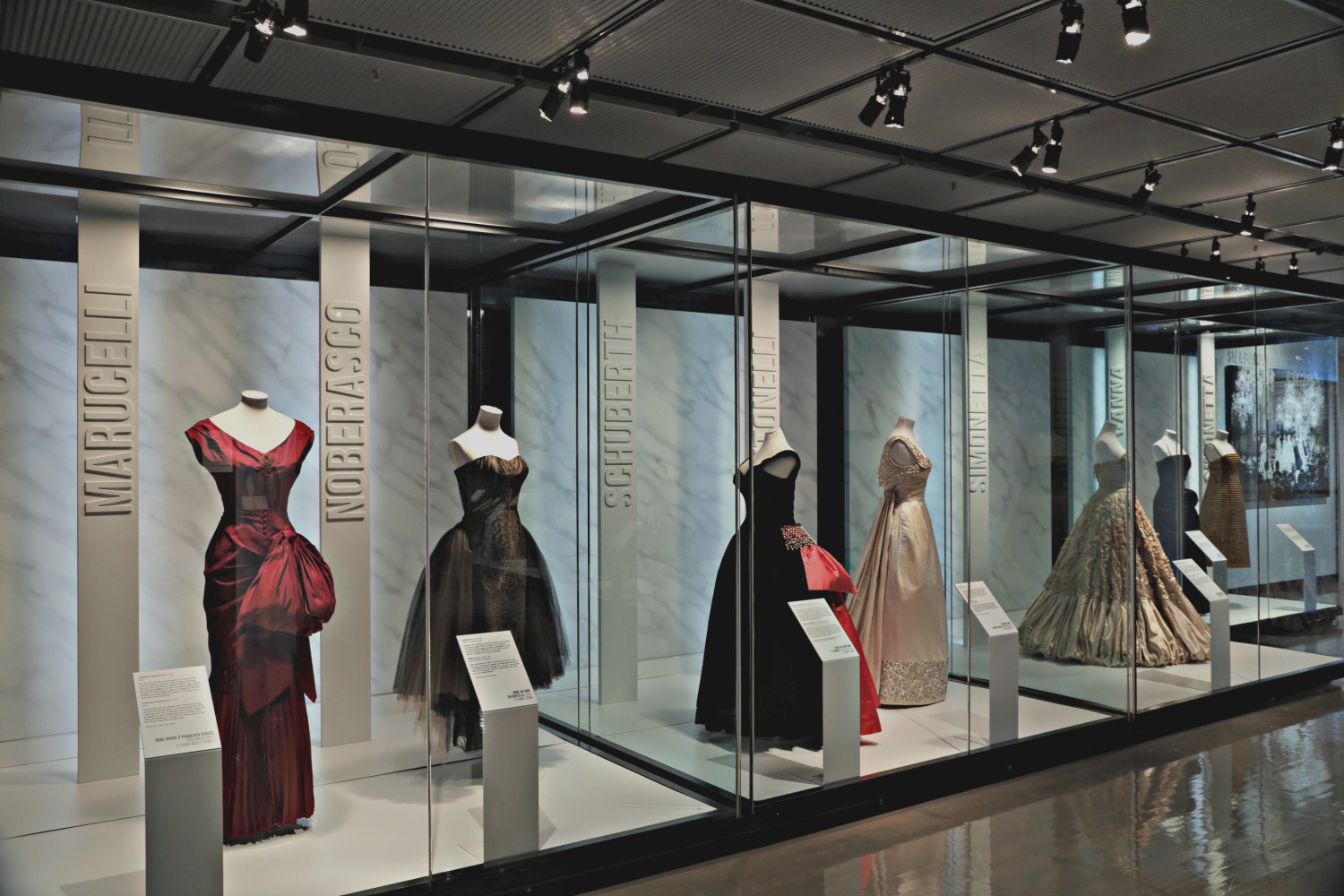 James K.M. Cheng Architects Inc. has submitted a proposal to build 1,700 to 2,000 residential units at the existing Plaza of Nations site. The proposal will also include retail, office, hotel, restaurants, and cafes. Moreover, there will be a community centre (badly needed), a daycare for 69 children, an ice rink (to be used by the Canucks and for the public), and sports science centre. The tallest building proposed is 30 storeys at a height of 87.5 metres.

The most daring feature of the proposal is the tall Skybridge building (this will be the second one if built, the first one is known as “Central” and is located on Main, near 1st). It’s great that the buildings do offer some sort of break from the norm for the area. The structure does cover up BC Place Stadium and it’s fancy new roof, which is really unfortunate. Being so close to the stadium, I can’t see these being marketed as high end units.

This project will also require the removal of the vastly underused Plaza of Nations building, Edgewater Casino and the nearby two night clubs.

The project is a rather large one and at the moment it is mere proposal. However, if this was to go through as proposed the following 22 elements will be part of the project scope. 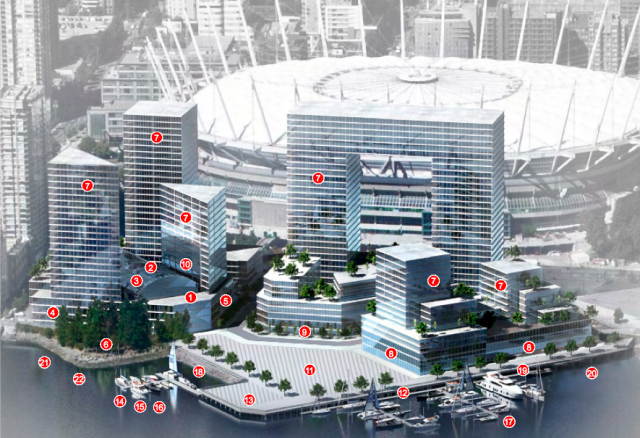 More photos of the proposal: 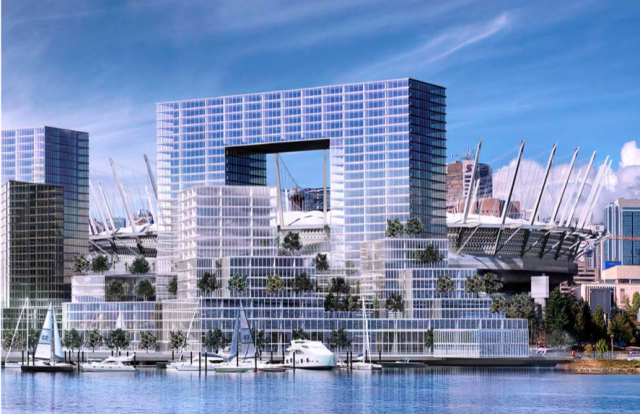 This project, along with Rogers Arena Rental/Office towers will ensure that the land surround the city’s two stadiums will be swarmed by construction cranes.