Another week, another new Vancouver ice cream store opening. This time the new kid on the block is 720 Sweets & Etc.

Located on West Broadway, 720 Sweets is a dessert-focused shop dedicated to delicious home-crafted soft-serve, and creative toppings. Despite only being open for a couple of weeks, 720 Sweets has already gained quite the following. So much so, the Kitsilano store front has made the switch from their soft opening hours to their regular hours of operation.

Open Wednesday through to Monday, from 3 to 10 p.m, 720 Sweets offers a select range of eye-catching soft-serve creations, all priced at $5.95. More flavour combinations will be introduced at a later date. 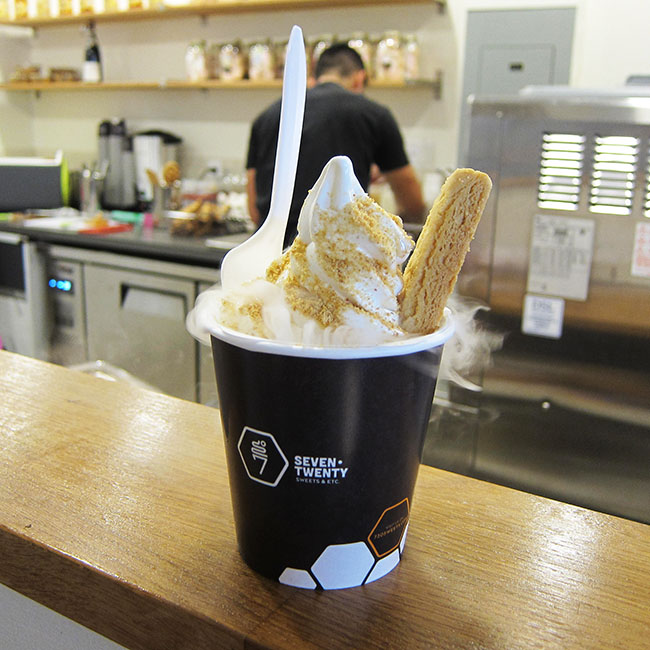 Each ice cream combo possesses different levels of sweetness and its own unique texture. While the pairings themselves are enough to please the palate, the real novelty is the nitrogen smoke factor, which encourages customers to be “wowed visually and adds a whole new dynamic to the overall experience,” says co-founder Wilson Lee. 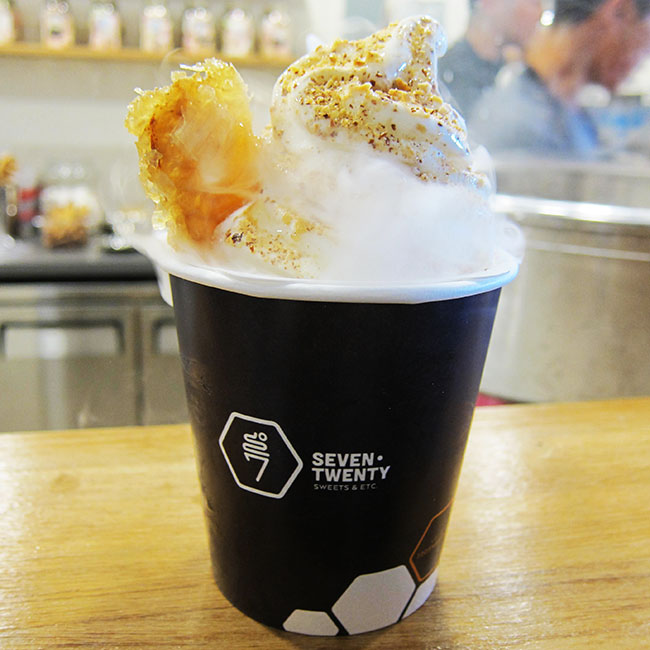 “We really focus on the experience. We believe that all senses should be taken care of, which allows customers to walk away with a pleasant and exciting feeling.”

When asked about his intentions with the brand and the inspiration behind the company’s name, Lee told Vancity Buzz:

“I travelled to Korea two years ago and at the time, honeycomb ice cream was very popular and I thought it would be amazing to bring that idea back to Vancouver. Based off the idea of honeycomb, we saw that the comb was a hexagon and that the internal angles added up to 720 degrees, so we came up with the name Honey720 (honeycomb). As we progressed with the project and developed our branding, another local company opened and focused on the honeycomb. So instead of going towards the same niche, we shifted our focus to a more general brand while still keeping our roots of 720, hence, the name 720 Sweets & Etc.” 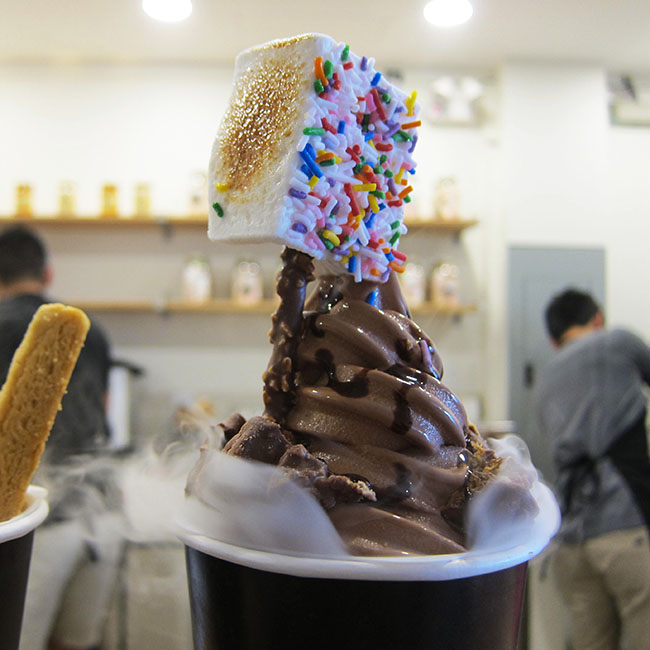 The modern, minimalist store front will also offer a variety of bubble teas, which Lee insists will not be your typical bubble tea. The team at 720 Sweets will make it their mission to create a uniquely presented drink with different layers of flavour. Custom-designed, 720 Sweets will only have a limited amount of flavours available at the one time. The pricing for these drinks will be around the $5 mark.

In addition to their own treats, 720 Sweets also plans to sell a range of locally-produced products, like Archimallows, which will rotate on a monthly basis.