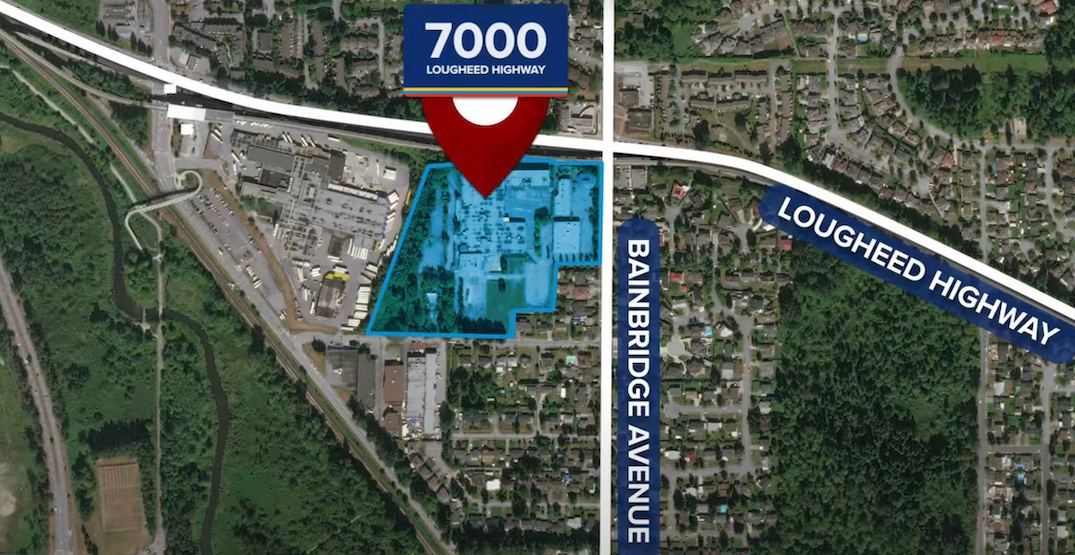 A sprawling industrial property that forms a large chunk of the City of Burnaby’s Bainbridge Urban Village planning area was recently sold for $151 million.

This was previously a maintenance, operational, and storage hub for Telus, and its industrial buildings were demolished about seven years ago.

The property was subject to a legal battle in 2019 between the telecommunications giant and another developer, Polygon Homes, over a previous acquisition deal. 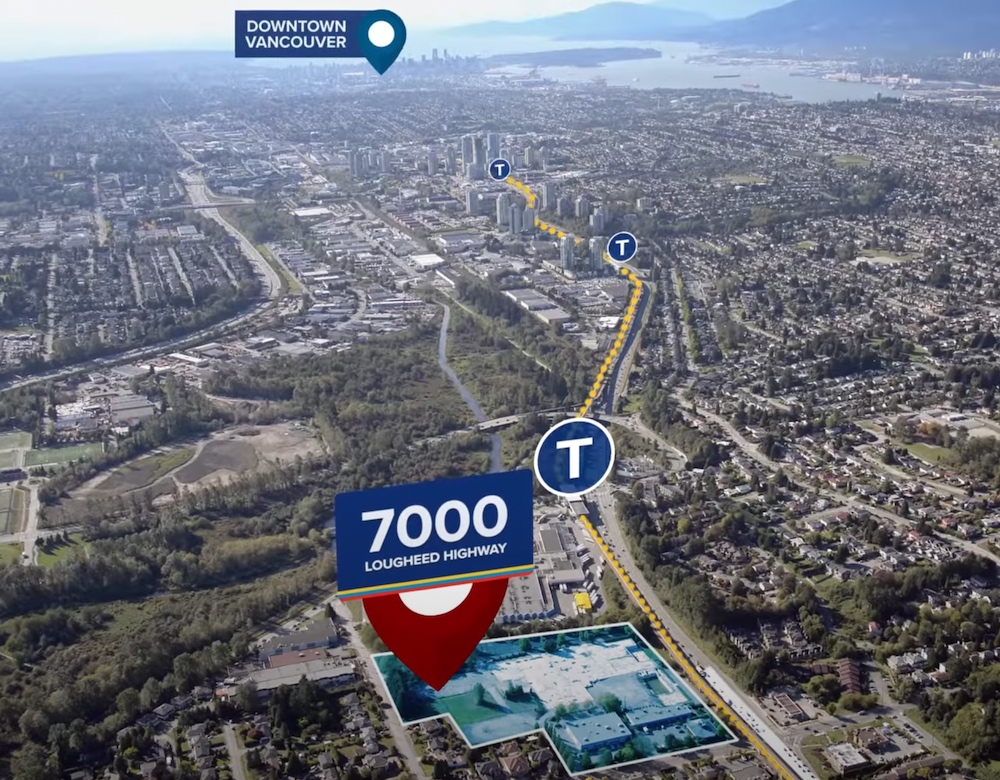 Immediately to the west is the 19-acre former Saputo dairy plant at 6800 Lougheed Highway, which is currently being used for the company’s Dairyland brand operations. This former Saputo facility, immediately south of the SkyTrain station, was sold for $209 million in 2018 to a partnership between Create Properties and Peterson Group.

In July 2021, the municipal government released its draft vision for Bainbridge Urban Village, which calls for thousands of new homes and new employment spaces for a mixed-use district. The most significant densities and heights would generally be located within the footprints of the dairy plant and Telus properties, which would both form the Village Centre, with heights ranging between 10 and 25 storeys.

An east-west high street would span both properties, starting from south of the station to Bainbridge Avenue. This would be a pedestrian-focused street, activated with restaurants, retail, amenities, and space for temporary markets and festivals.

The detailed draft plan for Bainbridge Urban Village was released earlier this month for further public consultation. If approved by Burnaby City Council, it will guide future rezoning and development applications for both properties, as well as other properties in the surrounding area within the planning area. 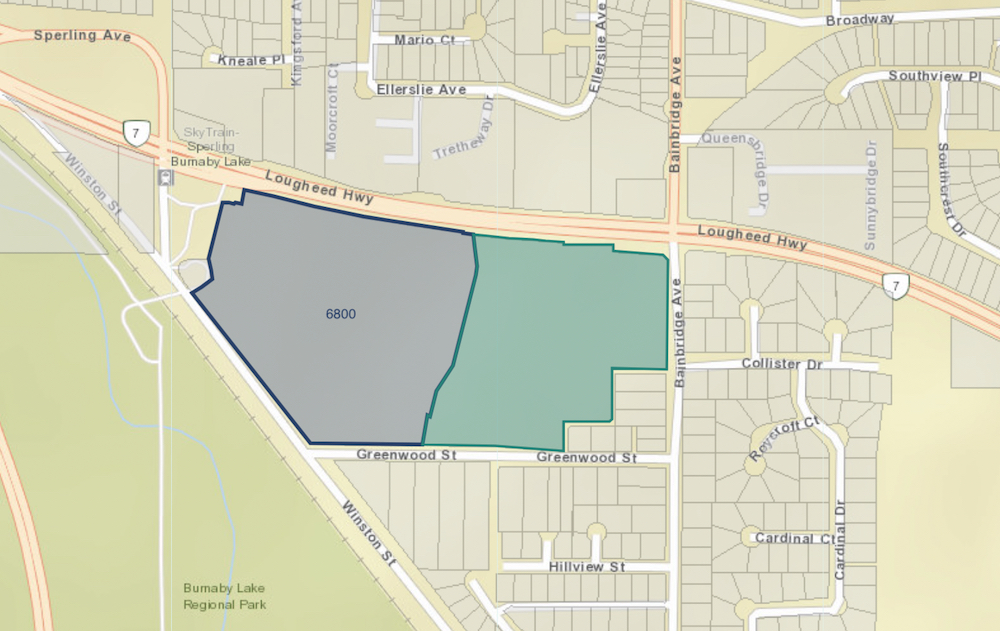 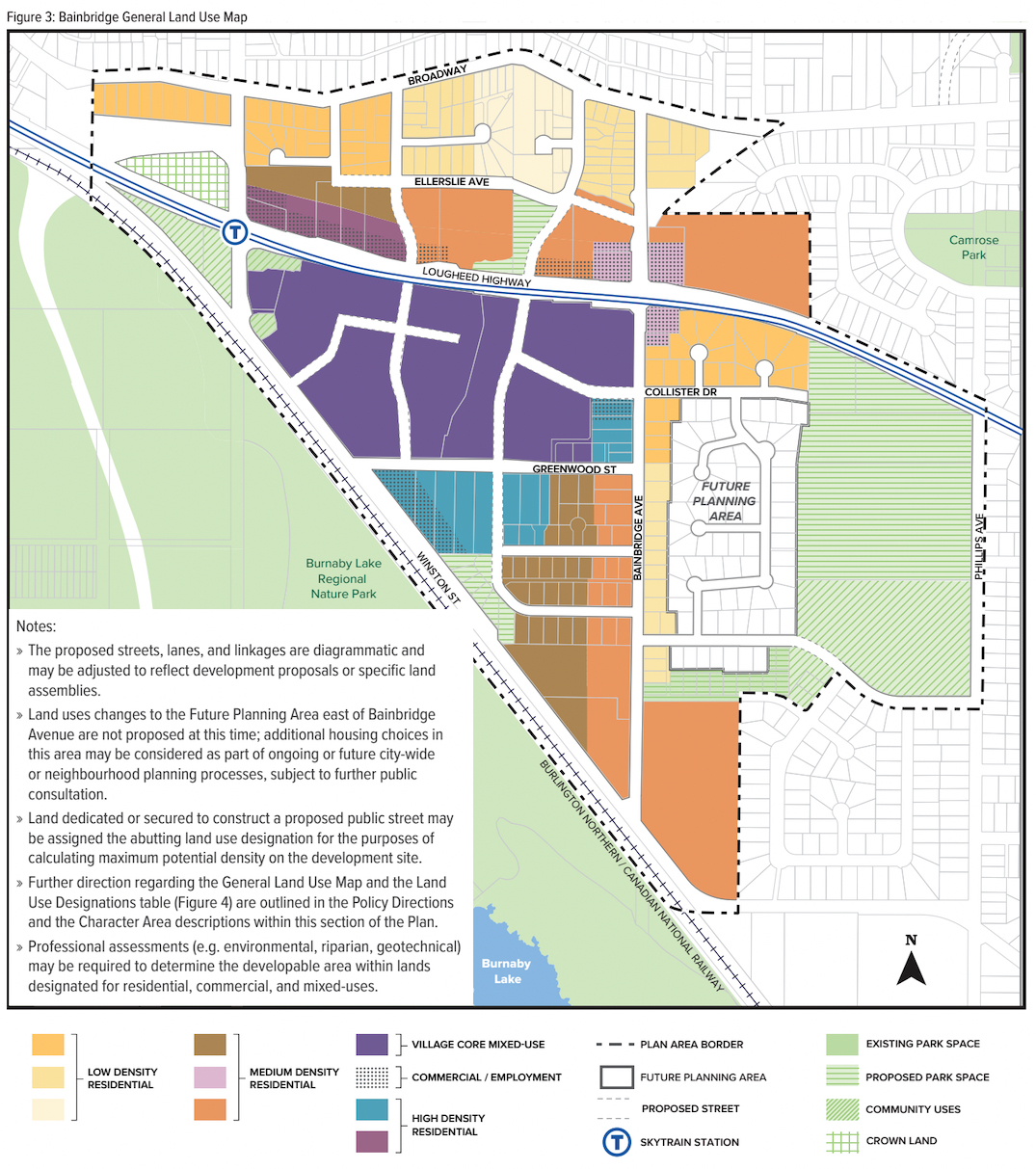 Land use plan in the draft plan for Bainbridge Urban Village, March 2022. Click on the image for an enlarged version. (City of Burnaby) 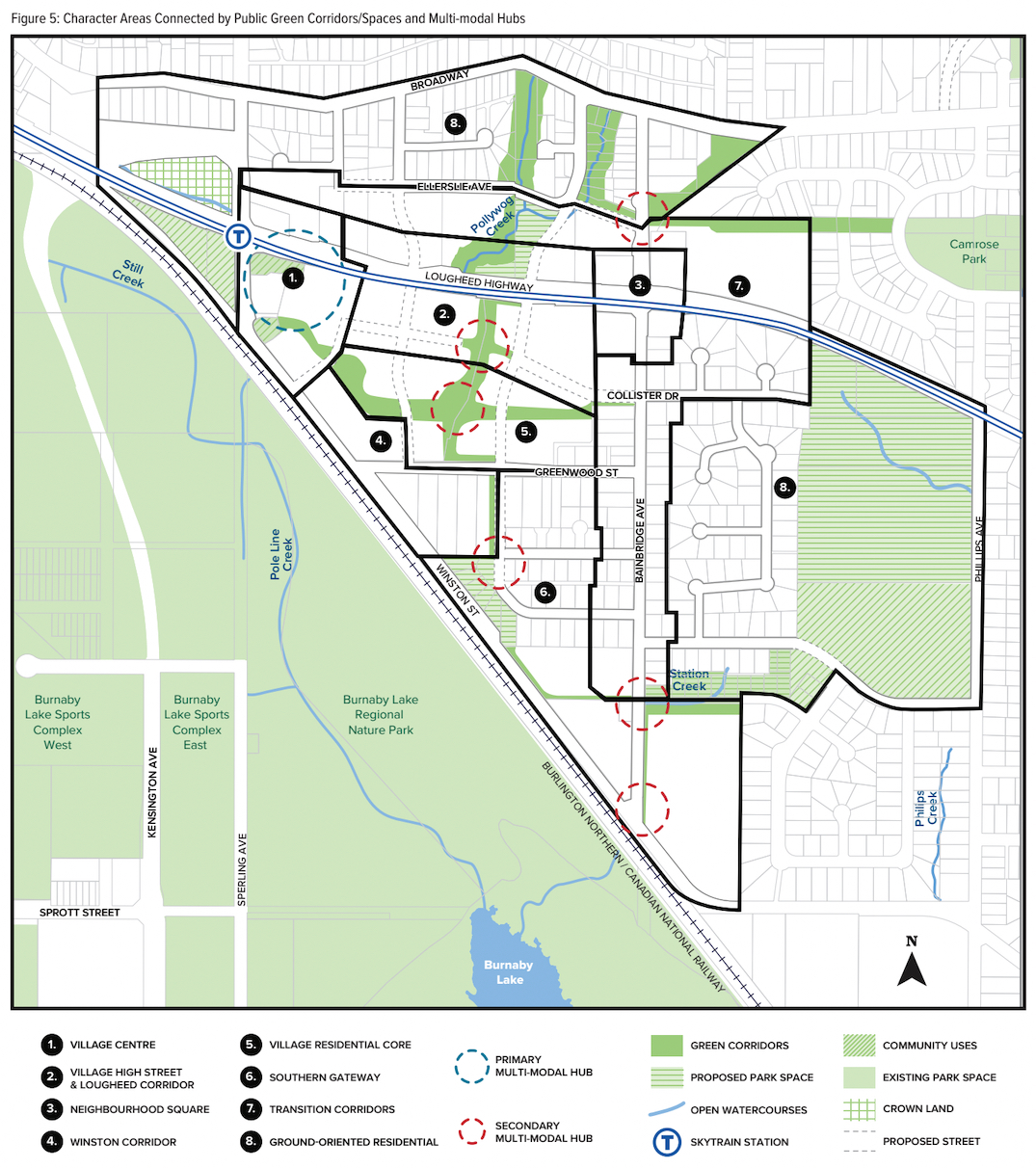 Public space plan in the draft plan for Bainbridge Urban Village, March 2022. Click on the image for an enlarged version. (City of Burnaby)