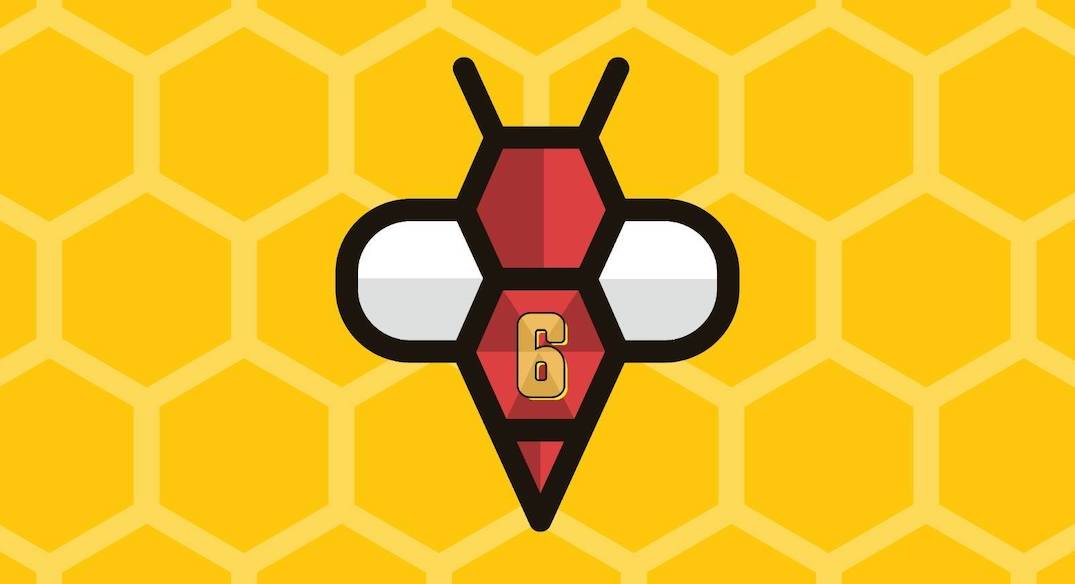 What do Ontario Premier Doug Ford, NDP leader Jagmeet Singh, and Drake have in common? Besides being Canadian, they all follow 6ixBuzz on Instagram.

It’s probably the most viewed Instagram account among Torontonians, and whether you love it or hate it – and some do hate – the account continues to grow. In fact, this month, the team behind 6ixBuzz, officially known as 6ixBuzzTV Ltd, is launching a new app and website. But will it be sharing “wasteman” memes and videos of raccoons on leashes similar to its infamous Instagram account?

The short answer is no.

“At first this was something being done for fun,” the team behind 6ixBuzz told Daily Hive.

“We definitely had a goal in terms of our model before, which was a platform for undiscovered creatives within Toronto and in Canada. When we initially launched we didn’t expect to get to the extent that it did.”

“It really wasn’t a big team from the beginning.”

The early stages of starting this social media account back go back to August of 2017.

“It really wasn’t a big team from the beginning,” said the 6ixBuzz representative, who will remain unnamed at their request.

A duo at the start, the two met at an Ontario college, and when post-secondary schools were on strike that fall, they had no idea if they should try to get a job or wait out to see what happens with the strike.

“Everyone at Ontario colleges were at a standstill,” he said, adding that they just began focusing more on their new page, and “we just started crushing it. We chose not to go back to school at that point and focus on the content.”

From then on, their name became synonymous with Toronto’s youth, but no one really knew who was behind the newly popularized Insta account.

“That was always a thing with 6ixBuzz, different people would claim to be with 6ixBuzz. It was a weird process,” he remembered.

Within a couple of short months, their following grew to over 100,000, and around February of 2018, the “6ix God” himself gave them a shoutout on his story – gaining them more followers, but also a sense of legitimacy.

And the team started receiving videos from followers, and sharing them on their platform. Their feed was filled with “entertaining videos – whether it be something positive or negative.”

And from there they thought, “what can we do with this to take it to the next level?” 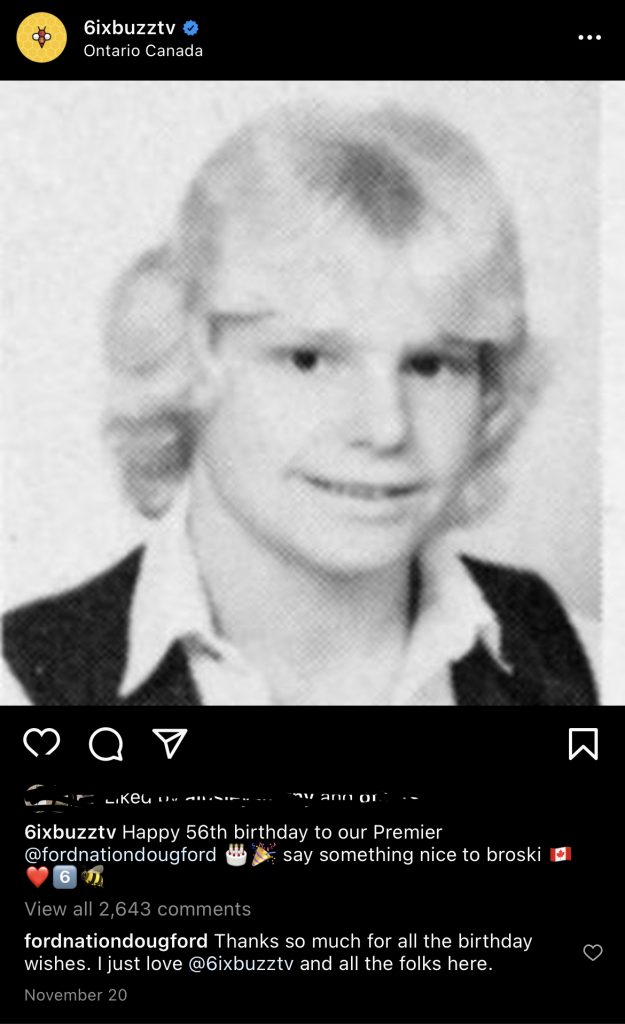 “We feel that we haven’t had as much as a spotlight as we should.”

From the very beginning, this team knew they wanted to work around local music.

“Being in Canadian media, there’s a lot that, especially around hip hop, is missing. So whether it being more artists and more platforms, whether it being events, concerts, festivals, podcasts, – that was a big thing we were always considering,” the representative told Daily Hive. “And that was when my partner started focusing more on music.”

Using their online fame, and their now 1.9 million followers, 6ixBuzz started to release their own albums.

“The next two will be released through Warner (Music) and the goal is to create a joint venture with an American label to start getting more of these Canadian artists American label deals,” he said. “It’s weird in Canada, American labels have different pull in terms of playlists and connections for distribution, so it naturally makes sense.”

Currently, 6ixBuzz is on Spotify with almost 450,000 monthly listeners. Their tracks feature Toronto rappers Pressa, KILLY, and 88Glam – which features Derek “Wise” Bissue and Shakqueel “88 Camino” Burthwright, who were formally signed to XO.

Their new website, launching December 29, will be more of that music content, and will include interviews with artists, along with “deeper dives” into young Canadian athletes.

“People already cover everything related to the big leagues. We just feel that is an area that isn’t as covered in Canada,” said the 6ixBuzz rep.

The team will also cover and showcase Canadian fashion and arts.

“We feel that we haven’t had as much as a spotlight as we should within the Toronto creative scene to really give our followers what they need in terms of who are some really historical Toronto fashion people that have done some big things, and who are currently big players working with brands or big artists.” 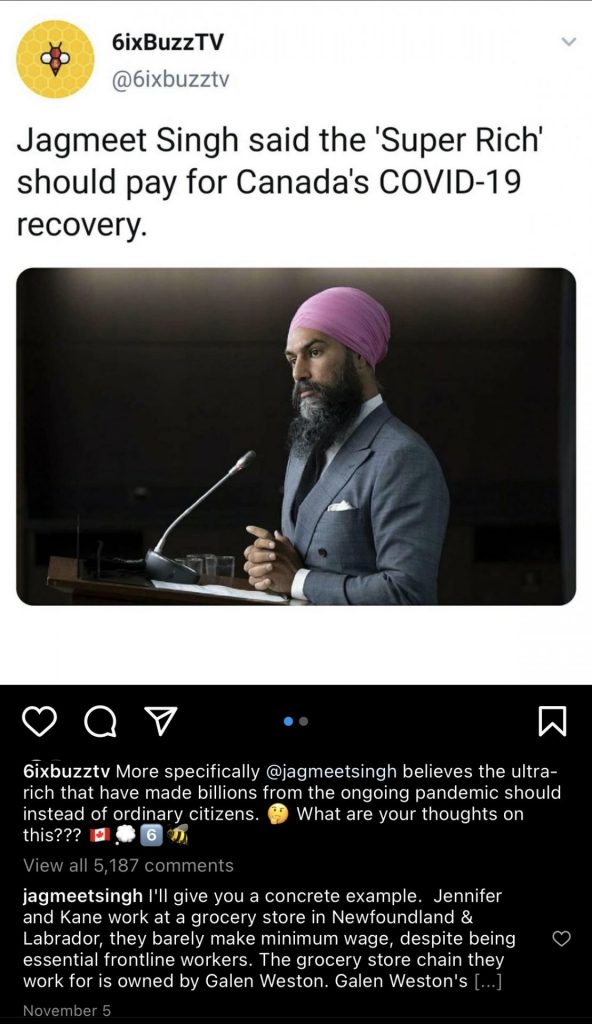 “We love this city more than anyone does.”

While the site and app launch will cover more, don’t expect the launch to change their famous feed.

“We like the raw aspect of our posts, we feel that people gravitate towards, rather than making it aesthetically pleasing.”

6ixBuzz said their followers are about 85% Canadian, with around 60% based in Toronto, Ontario. And their current model is transitioning into becoming this “epicentre of Canadian culture and entertainment.”

“We have grown to become something that is not just central to hip hop entertainment, we have followers of all different age groups and all different demographics at this point, but our end goal will always stay the same,” said the 6ixBuzz rep.

“Our end goal with 6ixBuzz and everyone that we work with and showcase is really to help take them to the next level, and I feel like people seem to forget that when they see some of the content we post on social.”

So don’t let the memes fool you. These guys are just getting started.

“We love this city more than anyone does, and our goal is to only showcase this city and put it on a bigger pedestal than it already is, whether it being through different artists, creatives, producers, and the list goes on from there,” said the team ahead of its website launch and app release.

“We just really want people to know that we are very cultured, very into the scene, into the industry, and are always learning and always trying to grow this city and everything that it’s done for us.”