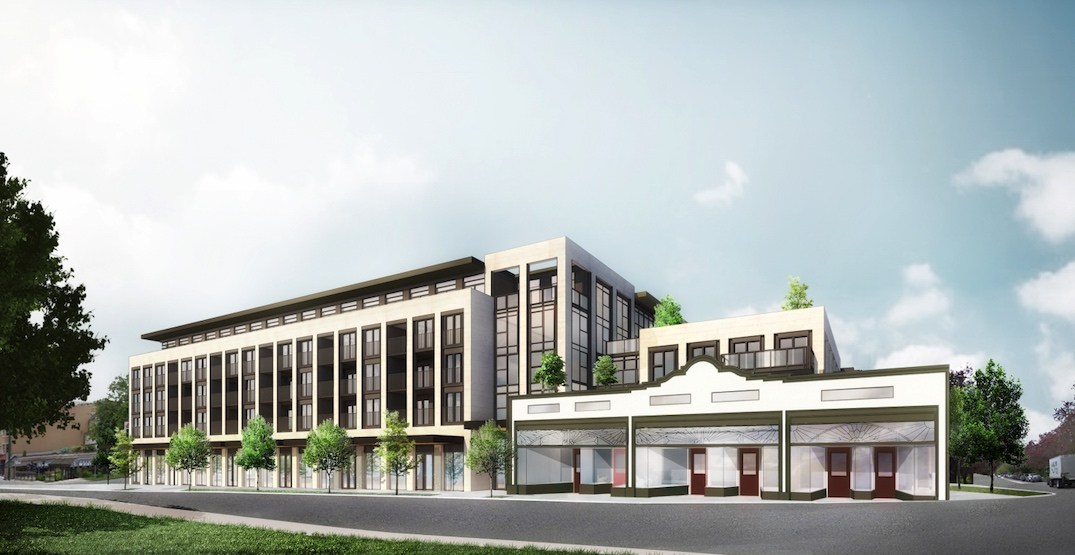 A mixed-use redevelopment in Vancouver’s Kerrisdale neighbourhood that preserves and restores portions of the 1930-built Stanley Ernest Peters (SEP) block is being pursued by Gryphon Corporate Group.

Yamamoto Architecture has submitted a development application to redevelop the city blocks-sized property at 6100 West Boulevard — between West 45th Avenue and West 46th Avenue. SEP is located at the northern end of the block, while Kerrisdale Lumber is located towards the southern end. 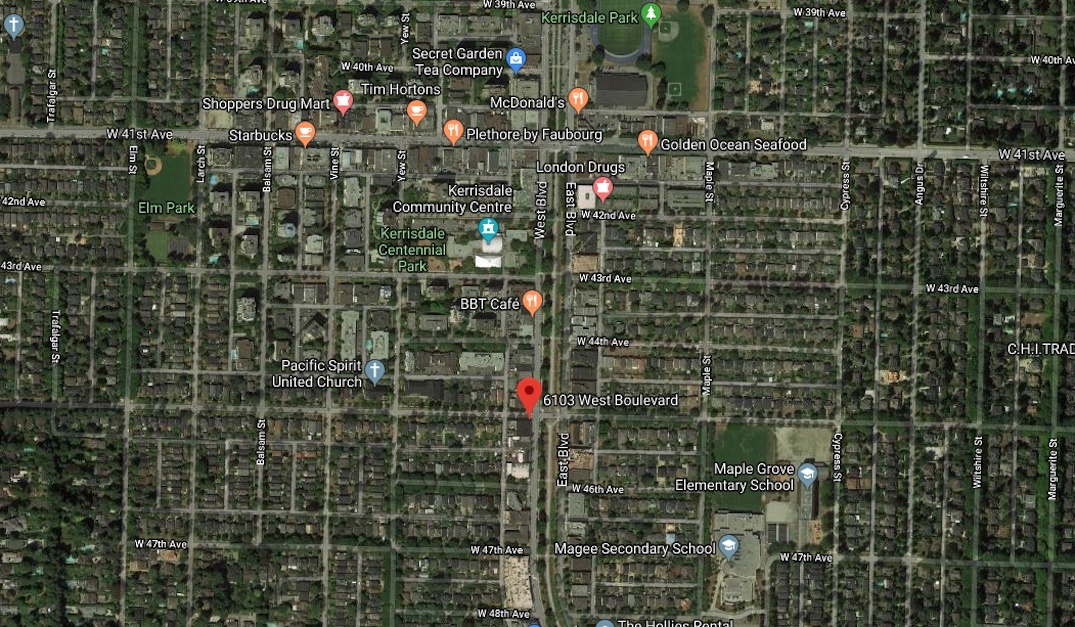 There is also 19,200 sq. ft. of ground-level commercial space, including two large units at the building corners for restaurants.

A floor area density bonus of 10% is being pursued as the heritage restoration of the SEP is more than just a facade restoration.

“The original building frontages along both West Boulevard and West 45th Avenue will be preserved and restored, and the original building’s south and western edges are emphasized through setbacks of the new building adjacent,” reads the application, adding that a two-storey condominium addition will be made to the rear of the SEP.

The proposed total floor area is 97,000 sq. ft., including the density bonus, which gives the project a floor space ratio density of 2.75 times the size of its 0.81-acre lot.

Two underground levels will create 199 vehicle parking stalls and 174 bike parking spaces, with half of the spaces equipped with electrical outlets. 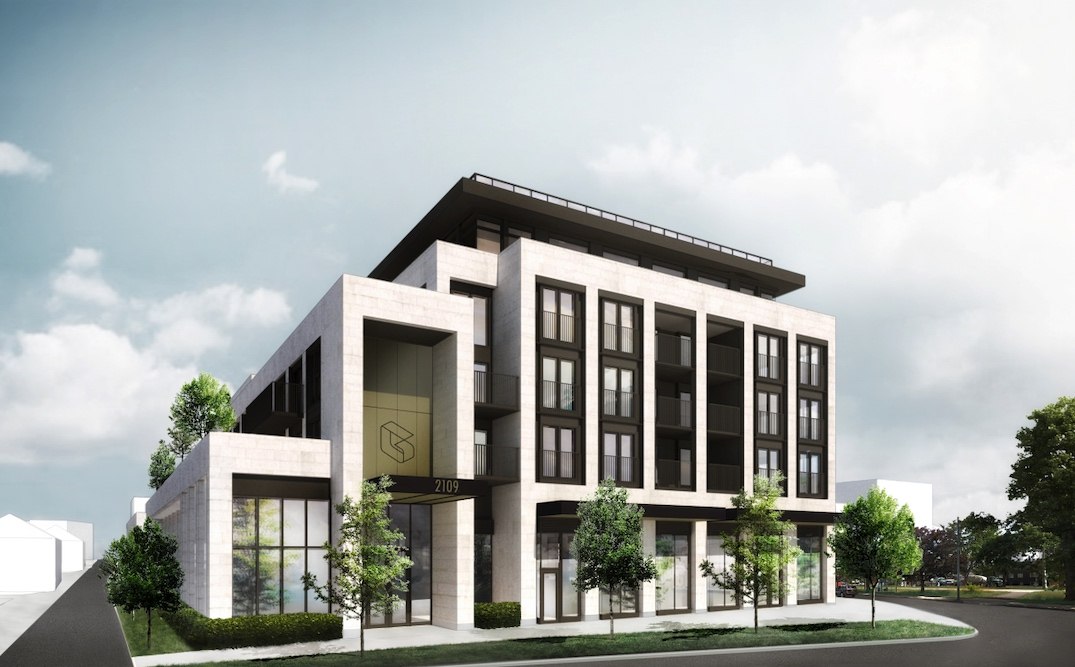