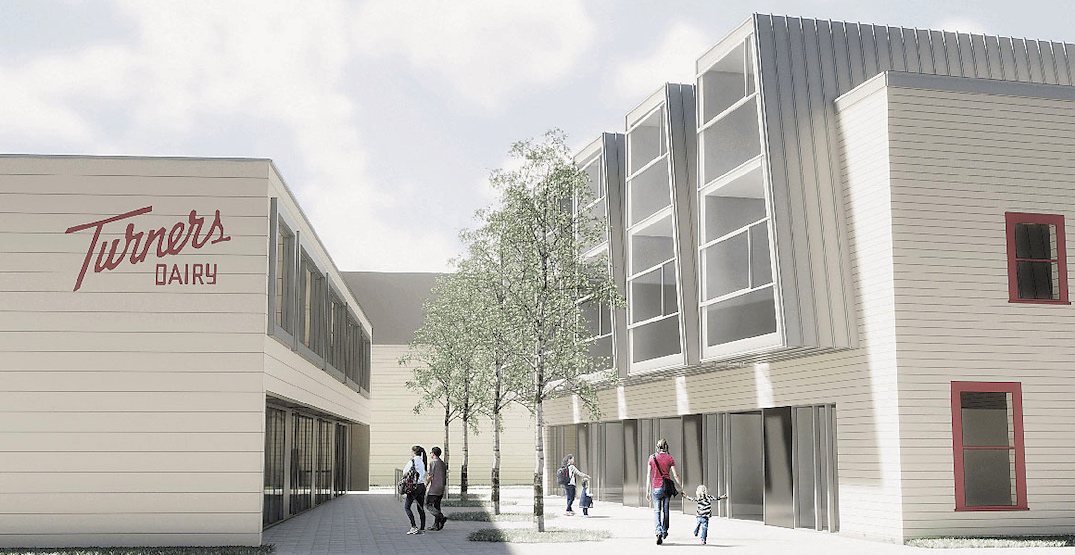 Over the past few years, there has been a surge in the number of townhome developments in Vancouver, but one new project particularly stands out for being a heritage conversion of a century-plus-old building that was originally a dairy production plant and distribution centre.

The Turney’s Dairy building at 6 West 17th Avenue — the southwest corner of the intersection of West 17th Avenue and Ontario Street in the Riley Park-Little Mountain neighbourhood — is set to undergo a complete overhaul that transforms its various low-storey structures into 13 townhomes. 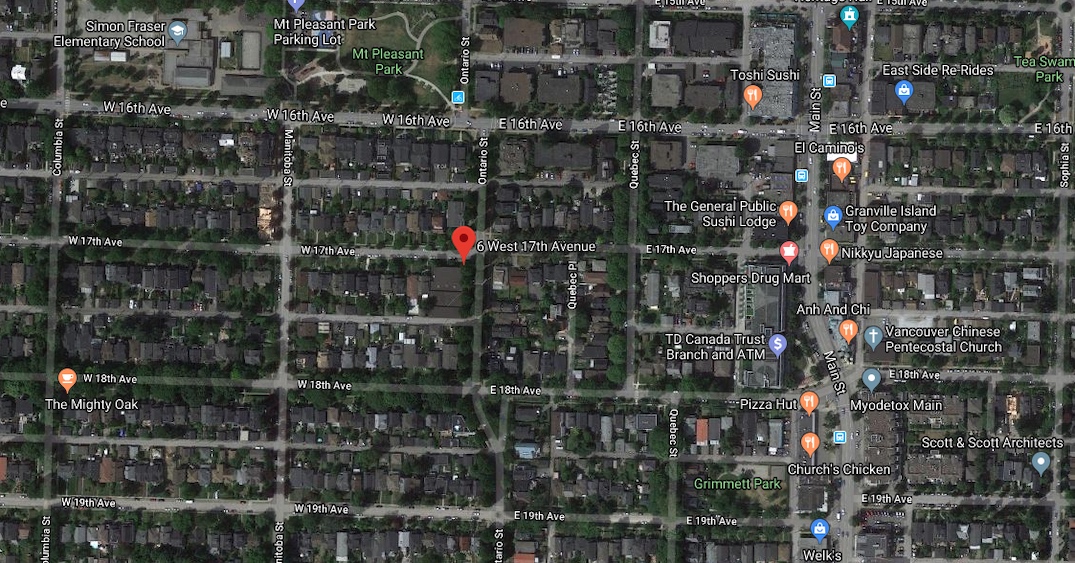 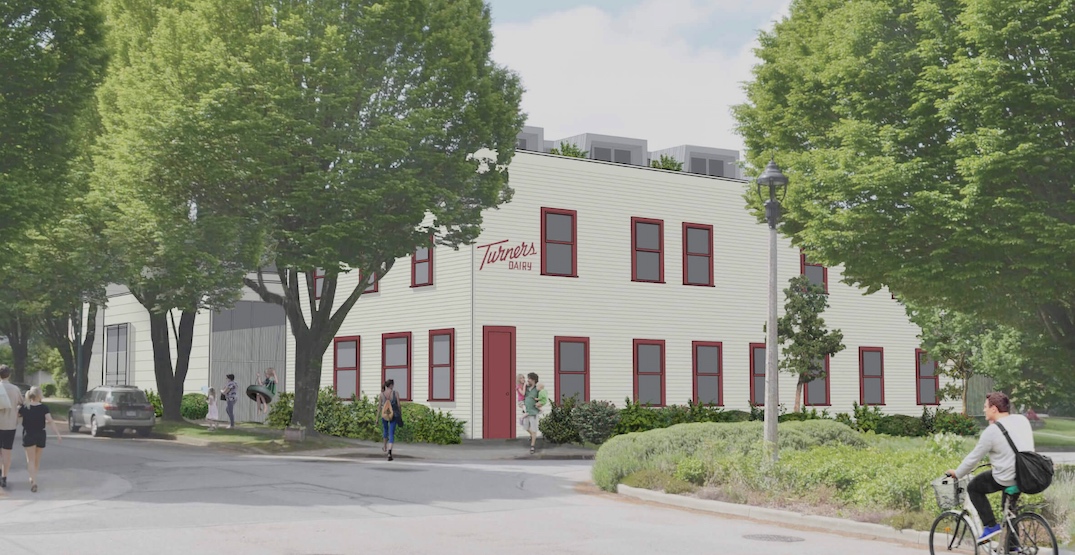 The buildings were constructed by dairy businessman Frederick Turner between 1913 and 1920 in separate phases, and it changed hands and saw various other uses over the subsequent decades leading to 1978, when it was purchased by the Hermani family, which continues to own the property today.

“The building is valued as a good example of a vernacular, industrial building of the Edwardian period, with its simple, symmetrical, restrained appearance and straight fronts,” reads a heritage consultant’s report.

“Typical of the Edwardian era, the building features old-growth, wood-frame construction and finishings that reflect the wood products produced in local sawmills. Its industrial features include a hanging truss system to enable a large clear span for the purpose built stable building, which later functioned as factories and warehouses.” 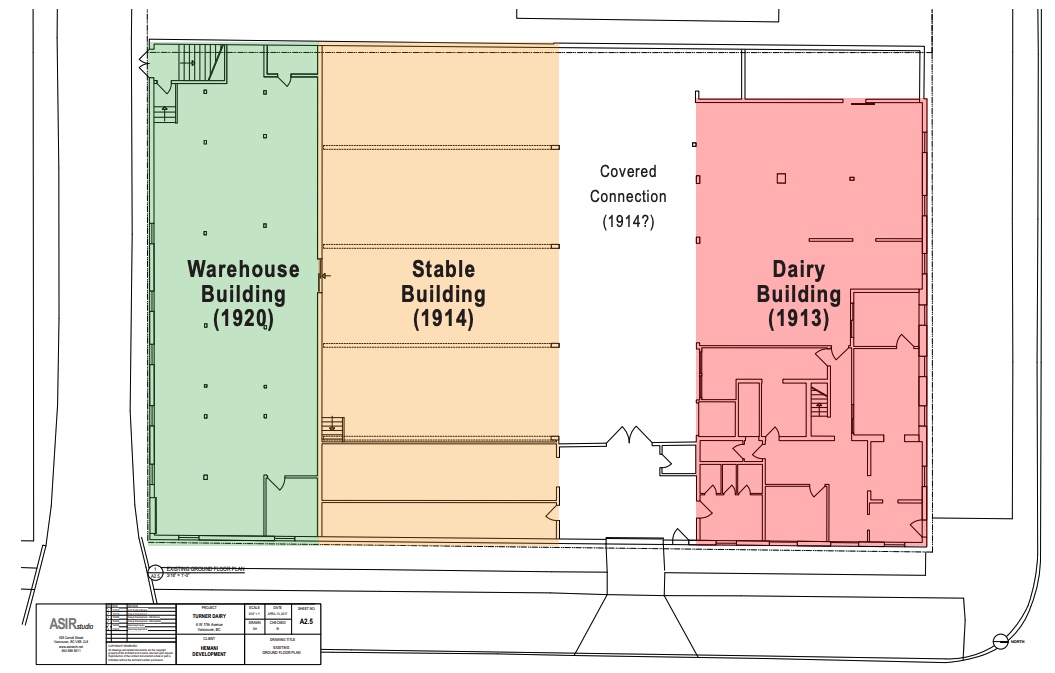 Modifications and restorations to the building that centre on heritage considerations will create a communal courtyard and a breezeway that opens up sections of the existing building that were additions of the original structure.

Four private courtyards will also be created adjacent to each of the four long-span hanging trusses in the original barn. 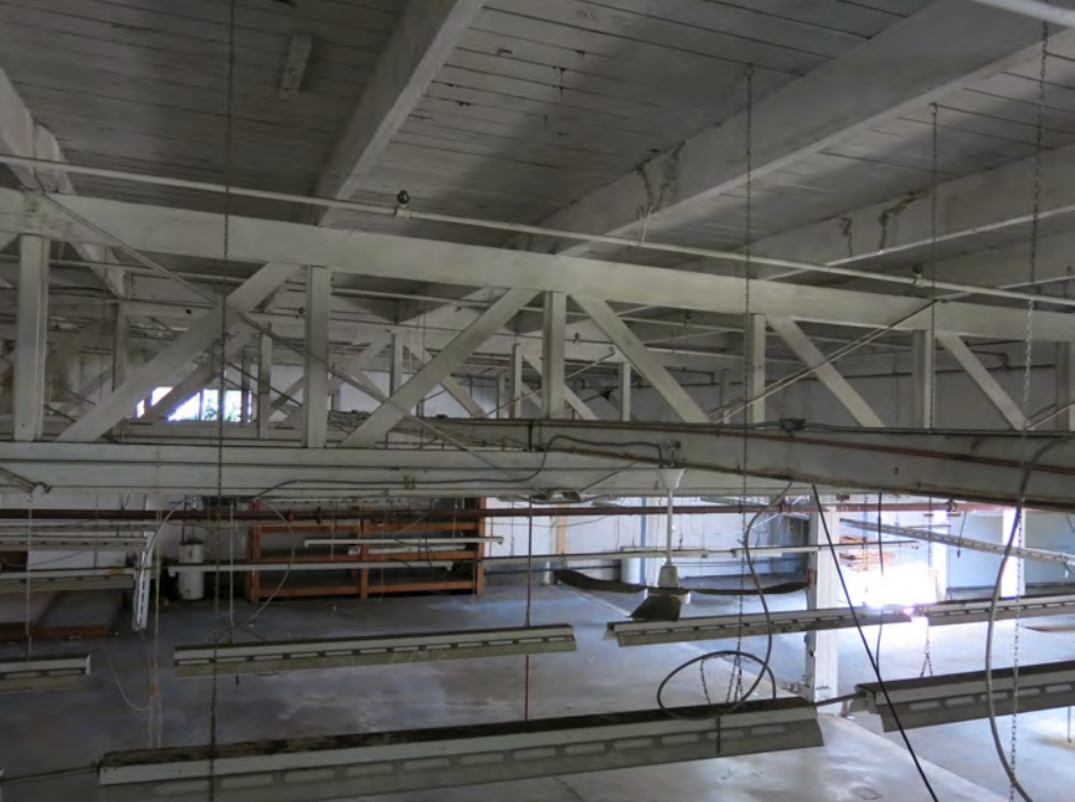 “The effect of all six courtyards is to highlight the massing architectural elements of the original Turner’s Dairy, while facilitating double exposure and social space for dwelling units,” reads the design rationale by local architectural firm AIR Studio.

“Additions to the original Turner’s Dairy building are based on principles of making contemporary interventions relate to historic forms and materials, but read honestly as new and distinct from the original.”

The development will provide 20 vehicle parking stalls and 18 bike parking spaces to its residents. 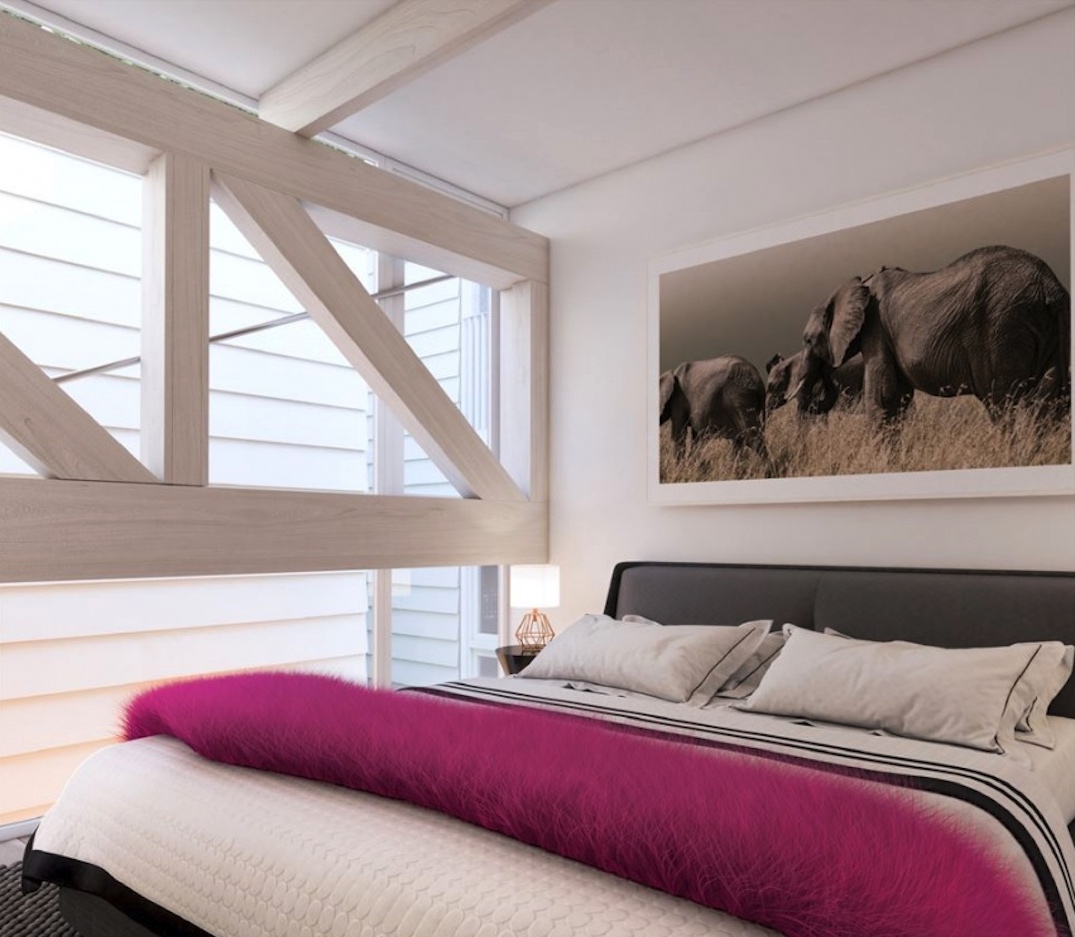 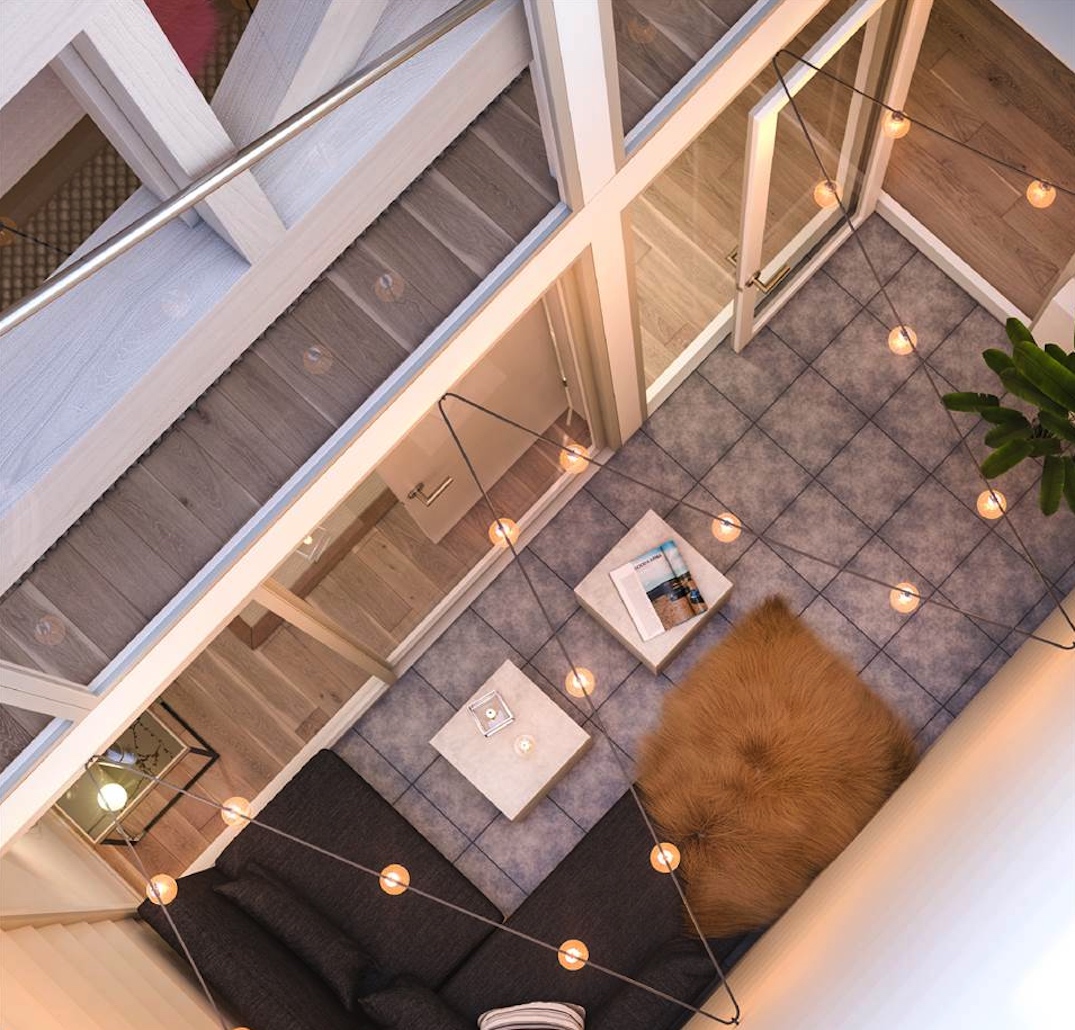